Apollo 11: Six things we’ve learned since the 1969 lunar landing, and one enduring mystery

Fifty years ago on July 20, millions of Americans and people around the world gathered by their TV sets to witness Neil Armstrong becoming the first human to walk on the surface of the Moon.

In celebration of the anniversary of that historic moment and the Apollo 11 mission, Bates News reached out to Moon expert Noah Petro ’01. Petro, whose research focuses on the evolution of the lunar crust, is the deputy project scientist for NASA’s Lunar Reconnaissance Orbiter mission.

Petro shared six pieces of information we’ve learned about our closest celestial neighbor since that fateful July day in 1969 — as well as one big lunar mystery we have yet to figure out.

1. The Moon is much older than we thought.

Pre-Apollo, scientists had proposed a variety of ages for the moon, from the hundreds of millions of years into the billions. The Apollo missions helped narrow the range.

For decades before the 1969 landing, scientists debated what created the Moon’s many craters. Was it asteroids pounding the surface, or volcanic activity below?

Samples from the Apollo missions proved the former. The Moon doesn’t necessarily attract more asteroids than Earth, but because the Moon doesn’t have much of an atmosphere or processes like erosion, impacts leave conspicuous marks.

And Earth and the Moon have a similar history with asteroids.

“The Moon has pristine crater examples that help us interpret how those huge events shape and reshape planetary surfaces,” Petro says. “We know that early in Earth’s history, large impacts occurred with some frequency, based on the record we see on the Moon.” 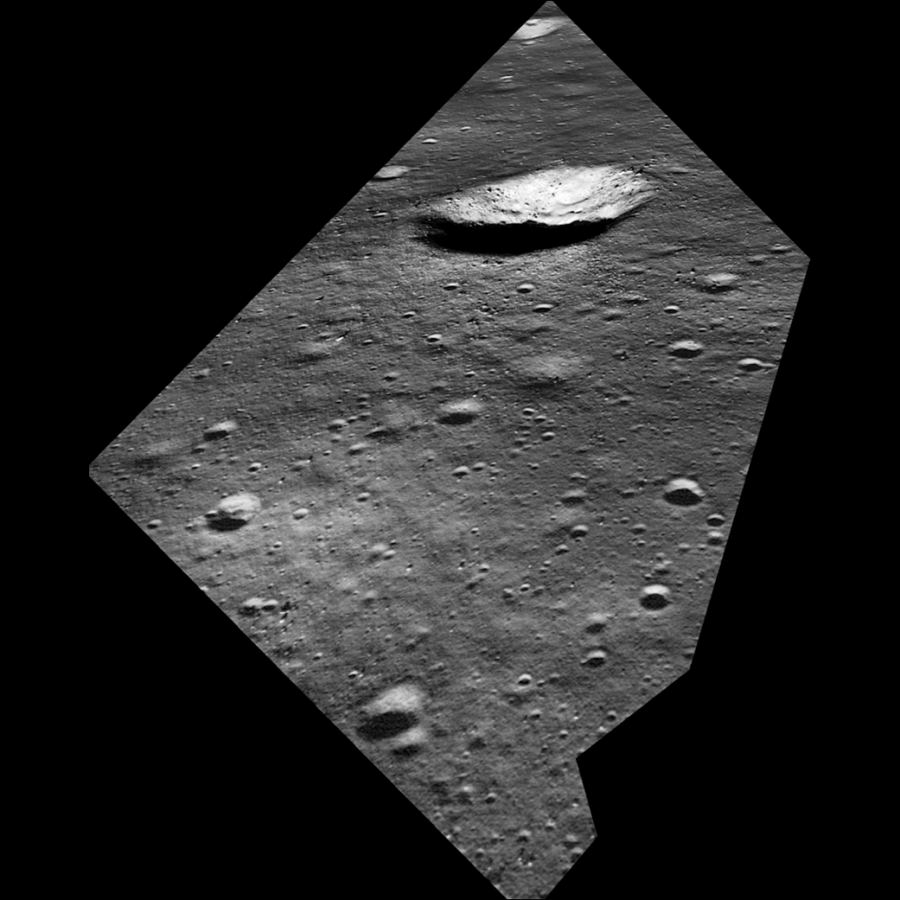 The Lunar Reconnaissance Orbiter (LRO) simulated what Neil Armstrong saw in those final minutes as he guided the Lunar Module to the surface of the Moon. (NASA)

3. The Moon is seismically active.

”Apollo brought seismometers to the surface, allowing us to measure the activity of the Moon,” Petro says. “Apollo 11’s seismometer showed that impacts and moonquakes could actually shake the Moon.”

4. The Moon tells us about other planets.

Without plate tectonics, an atmosphere, and recent volcanoes to move things around, the crust of the Moon is much better preserved than that of Earth and some other planets. Studying the Moon’s essentially unaltered surface has helped scientists understand the rest of the solar system.

”When we look at the surface of a planet or asteroid or comet, we want to know how old it is,” Petro says. “Because we have samples from the Moon, and we know how old various surfaces of the Moon are, we can extrapolate that to other objects based on how many craters are on that surface, to estimate their ages.” 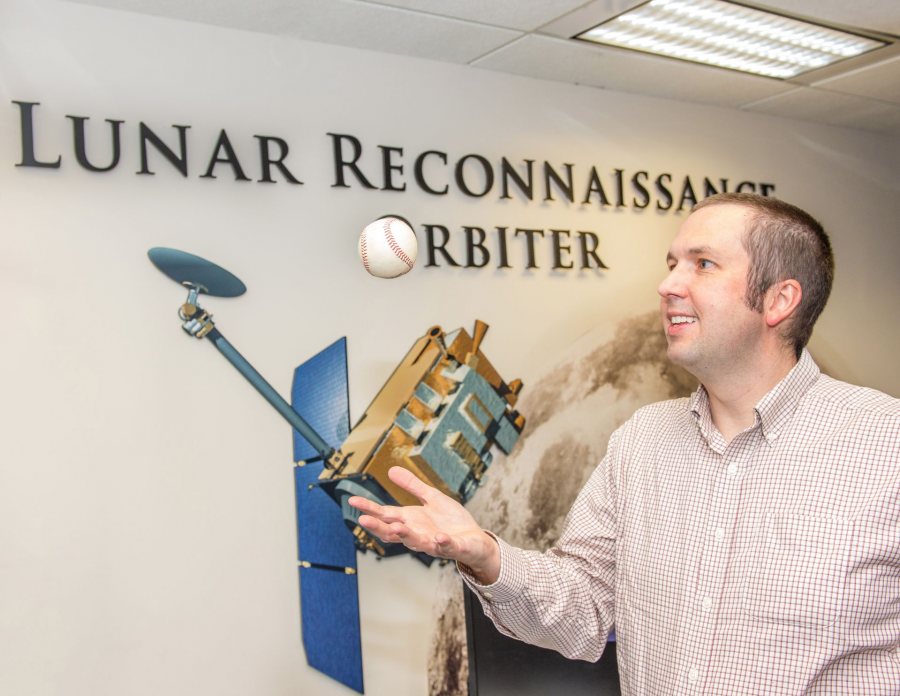 On the day of the 2017 solar eclipse, Noah Petro ’01 represented NASA at a minor league baseball game, the first that he knows of that included an “eclipse break.” (Photograph courtesy NASA/W. Hrybyk)

The early astronauts, including the Moon-landers, were recruited from the ranks of military test pilots.

“We discovered former fighter pilots could be good field geologists,” Petro says. “All Apollo astronauts received geology training, which helped them collect an amazing suite of samples while on the surface.”

6. There is water in the Moon.

“Samples of volcanic glass were found in 2009 to have a small amount of water in them, changing our view of the Moon from a dry body to one that may have had water in it when it formed,” Petro says.

7. …but we still don’t know how the Moon formed.

“We think a large object struck the Earth early in its history, causing debris to circle the Earth that came together to form the Moon,” Petro says. But scientists don’t have definitive proof.

“We are now observing the formation of planets in other solar systems and using what we know of the Moon to understand how those planets may evolve.”

Officially a lunatic? Check out more of Petro’s work with the Lunar Reconnaissance Orbiter and its stunning images of later Apollo missions:

In the eclipse’s path, these 10 Bates alumni are totally ready