For the first time, astronomers watch a galaxy eject gas into space

Astronomers know that most gas in the universe exists outside galaxies, largely in a region called the circumgalactic medium. For years, researchers have created models to replicate how this medium formed and evolved, but direct evidence to support the models has been difficult to come by. 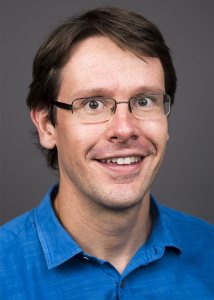 Now such evidence is in hand. A group of astronomers, including Assistant Professor of Physics Aleksandar Diamond-Stanic of Bates, recently discovered massive plumes of gas, hundreds of thousands of light-years across, emanating from the distant galaxy Makani.

And according to a new article in Nature co-authored by Diamond-Stanic, this discovery provides crucial new confirmation of galactic winds’ role in creating the circumgalactic medium.

Much to the scientists’ delight, the images of Makani and nearby gas flows match existing models.

This animation shows the galaxy Makani enveloped in its gas cloud. It was created using data from the Keck Cosmic Web Imager by David Tree & Peter Richardson, Games and Visual Effects Research Lab, University of Hertfordshire.

“We’re seeing an image that we’ve only seen in cartoon [models] previously,” Diamond-Stanic says. “It shows that very large-scale galactic winds — or galactic outflows — are driving gas and filling up the circumgalactic medium.”

The lead authors of the study on Makani are David S.N. Rupke of Rhodes College and Alison Coil of the University of California San Diego, joined by collaborators from around the world.

Diamond-Stanic helped develop the proposal to study a sample of galaxies that includes Makani; ran code to determine the galaxies’ mass; and took part in discussions about how to interpret the data about Makani.

The Nature paper suggests that the masses of gases surrounding Makani, which means “wind” in Hawaiian, are in part a byproduct of the formation of the galaxy from the merger of two separate galaxies. The collision finished up about 10 million years before the astronomers observed it — quite recently, in astronomical terms — and resulted in the rapid creation of new stars, which drove surrounding gas and dust out of the galaxy.

Another source of the outflow is a different event, which took place about 400 million years before the scientists observed it, and may have happened earlier in the galactic merger process. The gas plumes are mind-bogglingly huge: about 100 kiloparsecs across, or 300,000 light-years.

Like many scientific breakthroughs, that the astronomers were able to discover Makani’s galactic winds at all was due to quick thinking and a stroke of luck. Diamond-Stanic says Coil of UCSD was at the Keck Observatory in Hawaii studying a different set of galaxies and found she had a bit of extra time.

So she directed the telescope toward Makani and quickly made an observation using the new Keck Cosmic Web Imager, which can trace the ionized oxygen that gets blown around the galaxy along with other gases.

Diamond-Stanic and his colleagues received the resulting image the following day and recognized its significance straight away. The picture, which looks like a Rorschach ink blot to the untrained eye, shows enormous arms of ionized oxygen with a tiny dark dot — the galaxy itself — in the center.

“These photons have been traveling for five billion years, and they just happen to have hit this particular telescope over a 20-minute period,” he says. “You knew immediately there was something exciting.”

In the coming months, Diamond-Stanic and the team will observe Makani again, using instruments that can detect other atoms and molecules. They’ll also study similar galaxies to see if galactic winds affect the circumgalactic medium in the same way.

“We can ask next-order questions: ‘Is this actually what we expected in detail?’ and ‘How often do we see something like this?’” Diamond-Stanic says. “The goal is to say, ‘We have these dozens of galaxies, and Makani is the first one we observed.’”

That Diamond-Stanic and his colleagues work on near-incomprehensible scales — when 10 million years ago is recent, and an entire galaxy is classified as a single “object” in space — is not lost on him.

“It’s fun to think about yourself in that context,” he says, “how large the universe is and how incredibly large a galaxy is relative to Earth or relative to the sun — and now we’re talking about something [the circumgalactic medium] that’s 10 times larger than a galaxy.” 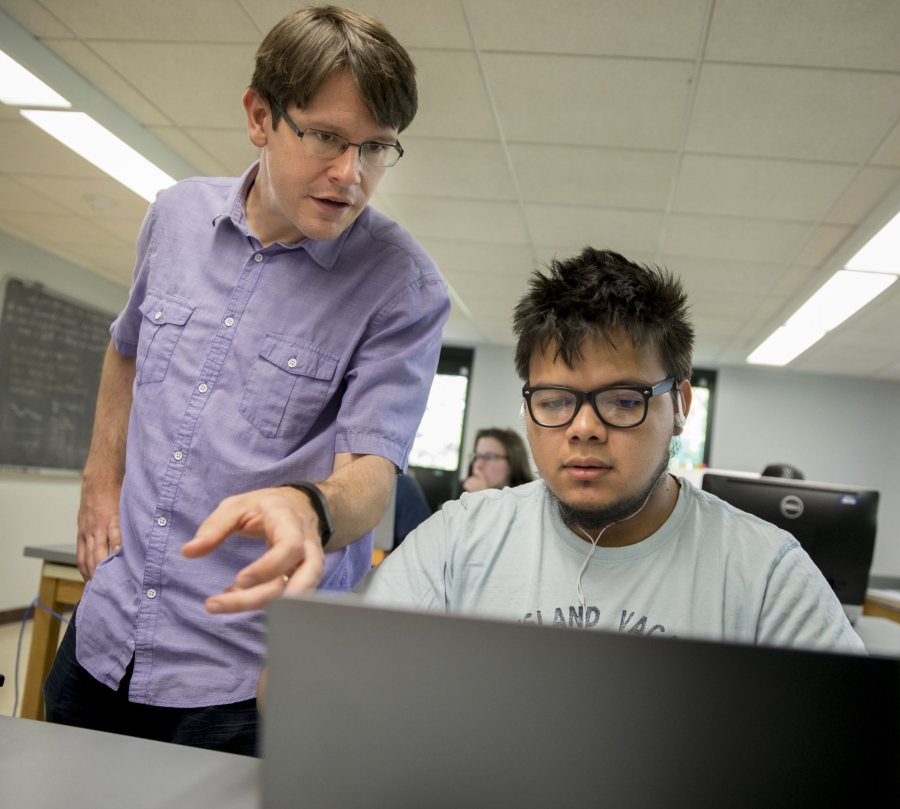 At such large scales, the line between the measurement of time and space blurs. Makani is five billion light-years away from Earth, which means that the light emitted from the galaxy takes five billion years to get here, where astronomers can observe it. The 10- and 400-million-year-old outflow events happened 10 and 400 million, plus five billion, years ago.

It so happens that our solar system formed not long after.

“We’re actually seeing, in a different galaxy, what was happening around the time the sun and Earth formed,” Diamond-Stanic says. “We’re seeing a process that keeps gas outside of galaxies and, perhaps, prevents the formation of the next generation of stars.

“It’s something I try to keep connected to as I’m staring at blobby pictures on a computer screen.”