The contrast in titles alone ought to tell you something.

On the one hand, there’s The Seagull, Anton Chekhov’s late 19th-century play, a tale of art and romance, striving and frustration, ripe with unexpressed thought and feeling.

And on the other, there’s the response: a stripped-down, soul-baring, fourth-wall-breaking 2013 play by Aaron Posner: Stupid F**king Bird.

Tim Dugan, assistant professor of theater, first saw the latter a few years ago in a production directed by Posner, at Philadelphia’s Arden Theatre (which the playwright also co-founded). 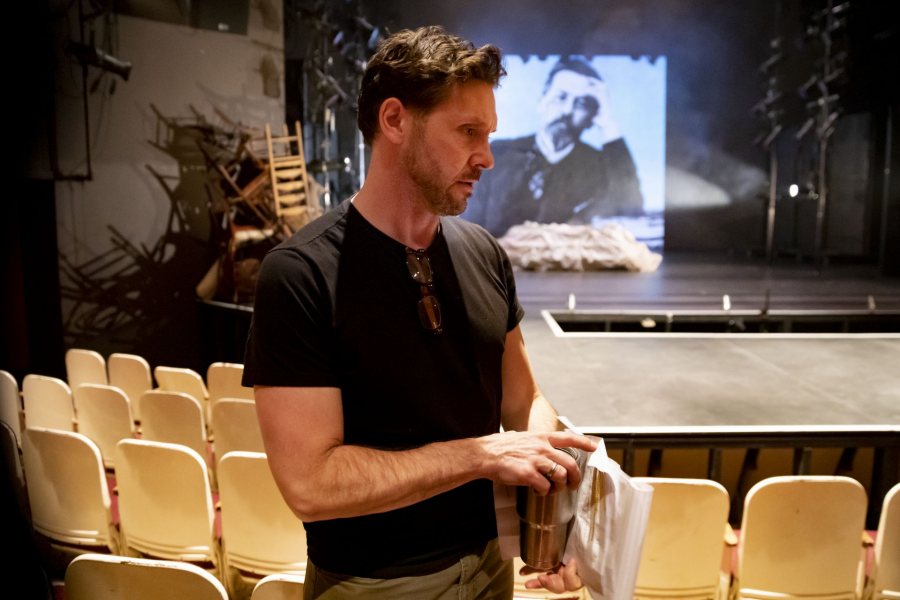 “I was immediately blown away,” says Dugan. “I was like, ‘I really want to direct this someday.’” And someday is now, as Dugan is directing the play’s Bates premiere, which runs through Monday.

Bird, Dugan says, “is very funny. The wit, the irreverence, the human folly — kind of like Chekhov — make it funny. Audiences tend to laugh a lot at these characters who are striving for something that is unattainable, because I think we see ourselves in that.”

How will this play speak to your students?

Four of the seven characters are younger, in their early 20s, and so it’s perfectly aged for our students. Also, the stakes and urgency of the scenes for these young people in the play are enormous. It’s really something you can sink your teeth into as an actor. It’s a great challenge.

Posner wrote something in his script acknowledgments that I was drawn to. He hails “all the fierce, fervent young artists who seem to be connecting with the passions, fears, frustrations, needs, hopes, and longings of the young artists of this play. Chekhov was really onto something! Keep striving. Keep discovering. Make better things! Make things better!” 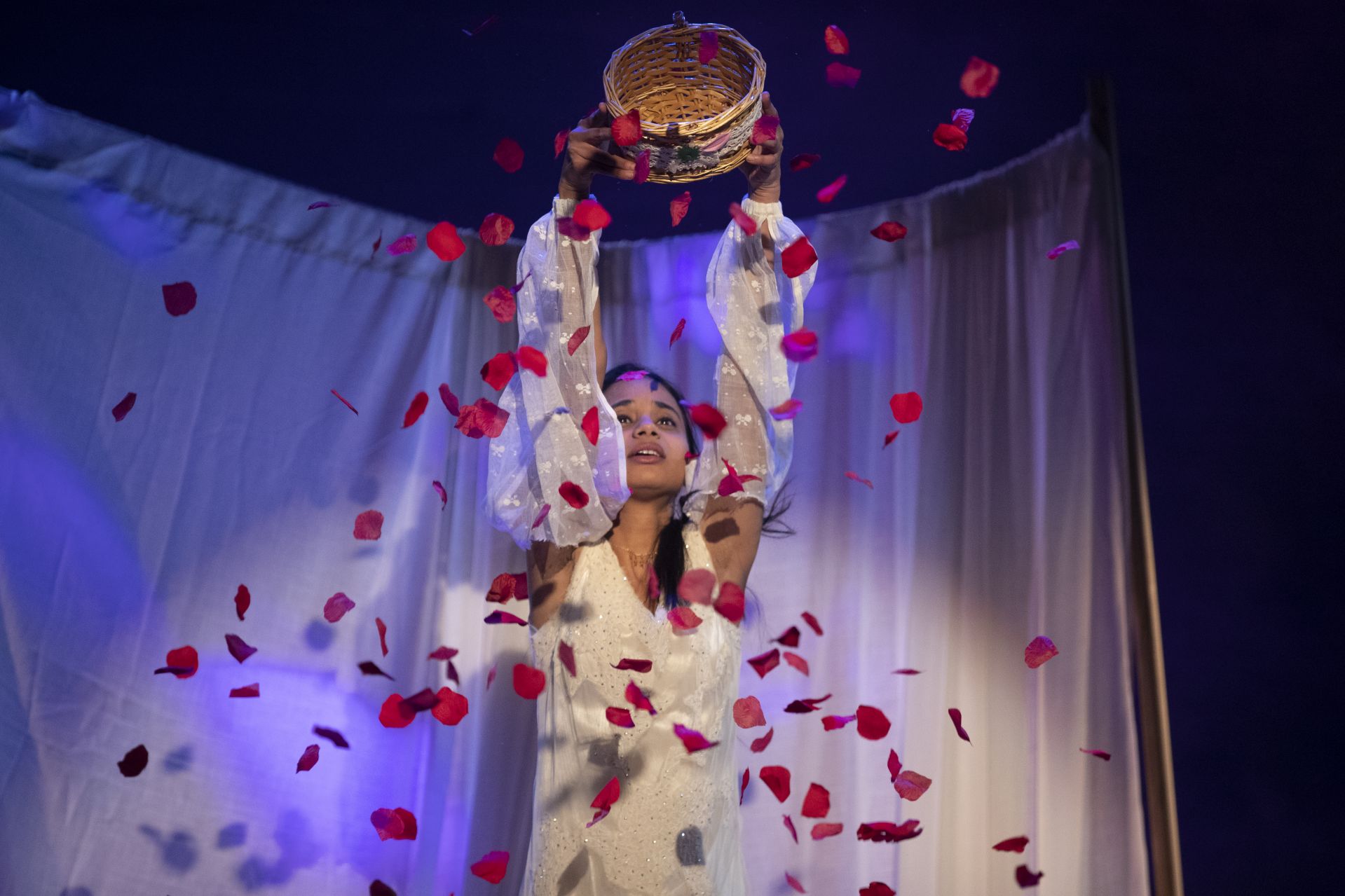 That, to me, is huge. For our students, I feel like this is an inspired call, and I want them to embrace this, because we all know, right now, the world is a challenging place.

This, to me, breathes life into hope and into that idea of making things better. He’s talking to young artists who will effect change, and that is a great entry point and connection to students today.

Why did The Seagull need a contemporary adaptation? Or did it?

I think it did. There’s a challenge in doing Chekhov today — it does feel a little musty at times. From what I’ve read about Posner, he loved Chekhov’s play. It was very inspirational to him, a play about a young playwright trying to find a voice and footing in this creative world. I mean, it is really hard to find success as an artist. 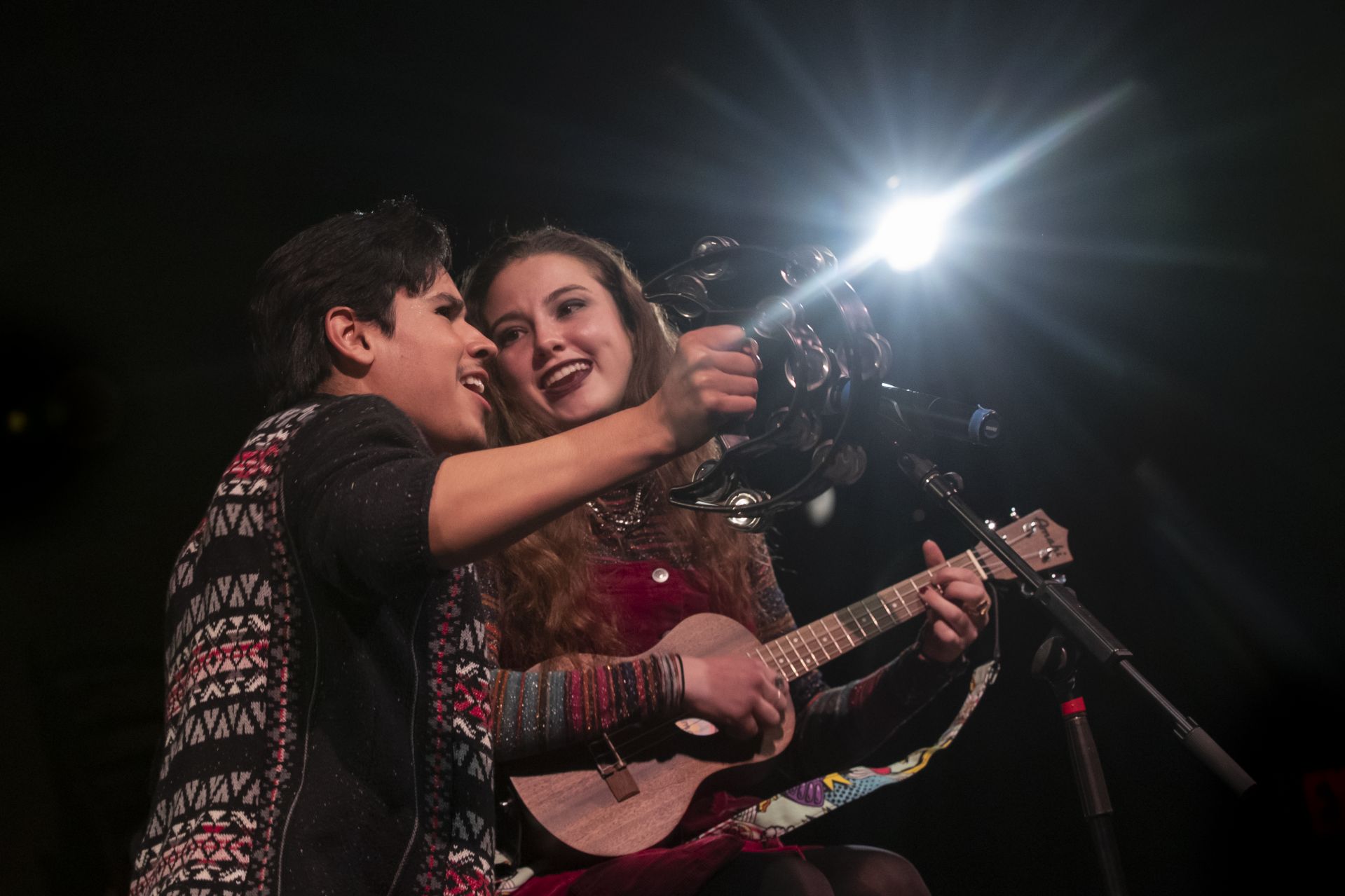 So, I think there was a part of Posner that always felt attracted to that play, but then he was also frustrated and upset by boring productions or certain interpretations of it. What he has done is to bring The Seagull into the 21st century. It has breathed new life into people’s awareness of Chekhov.

Do we need to know The Seagull to appreciate Posner’s play?

This is a raw, gutsy play, and that’s what Posner’s known for. And he’s taken Uncle Vanya and Three Sisters by Chekhov and done similar plays. 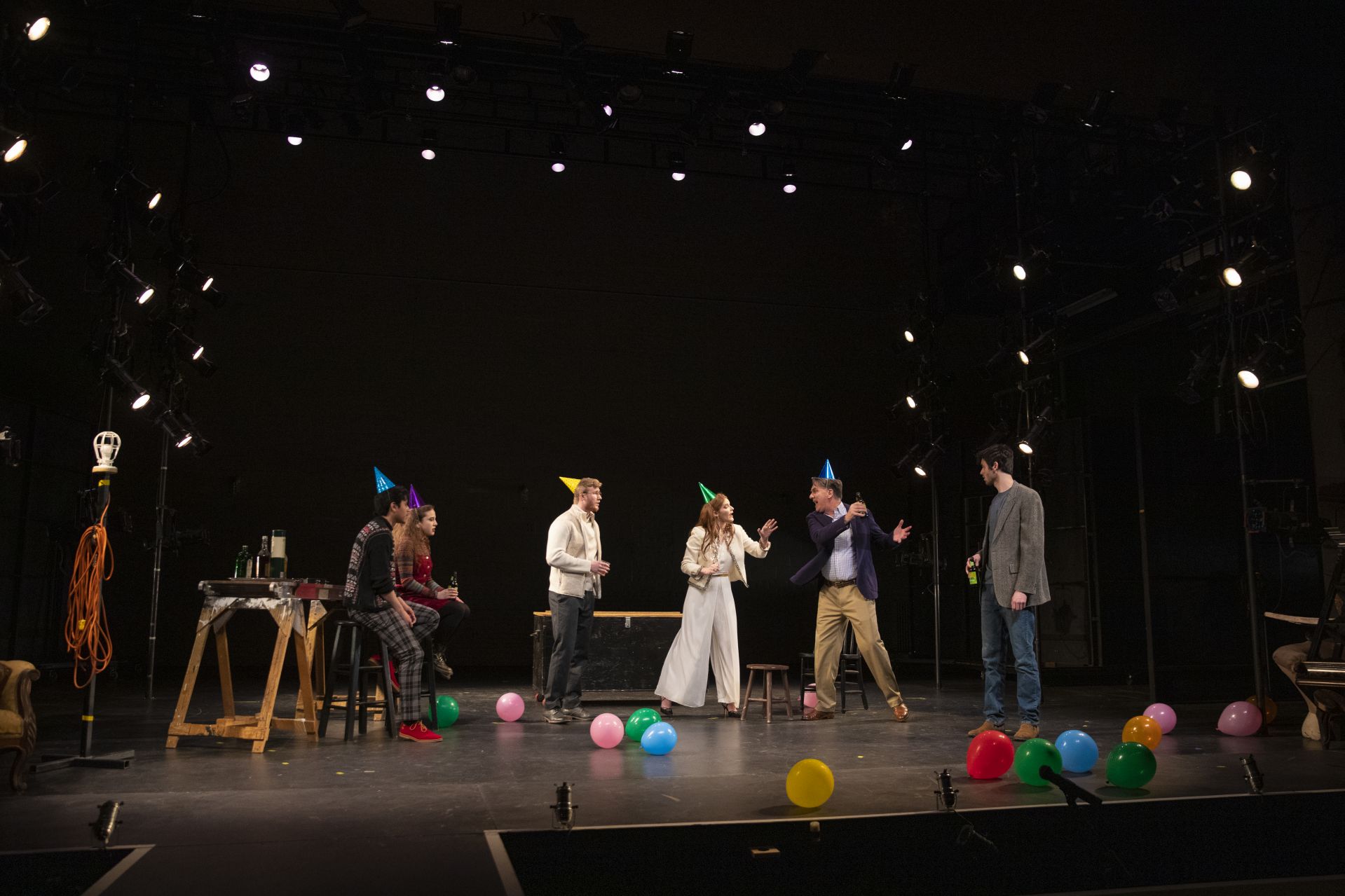 Posner started out adapting novels for theater, quite reverentially, and that was his thing. And then he found, through Chekhov especially, this sort of adaptation that’s more irreverent — he talks about even subverting or perverting the plays.

So something that I’ve been hanging my hat on as a director is this idea that this play is not an adaptation. It’s built on the bones of Chekhov’s Seagull, but it really is Posner’s own play.

Success vs. failure as an artist is a major theme in both these plays.

Bird is about an aspiring theater artist named Con. He is rampaging against the status quo and striving for new forms.

His mother, Emma, is a famous actress who represents traditional theater and movies, and Con thinks all that is a lot of crap. It’s really his unresolved issues with his mother that fuel that.

It just so happens that his mother is together with a very celebrated writer named Trigorin, who is a rock star of the literary and screenwriting worlds. So they are a power-celebrity couple, and that’s just another poke at Con for his inability to measure up. 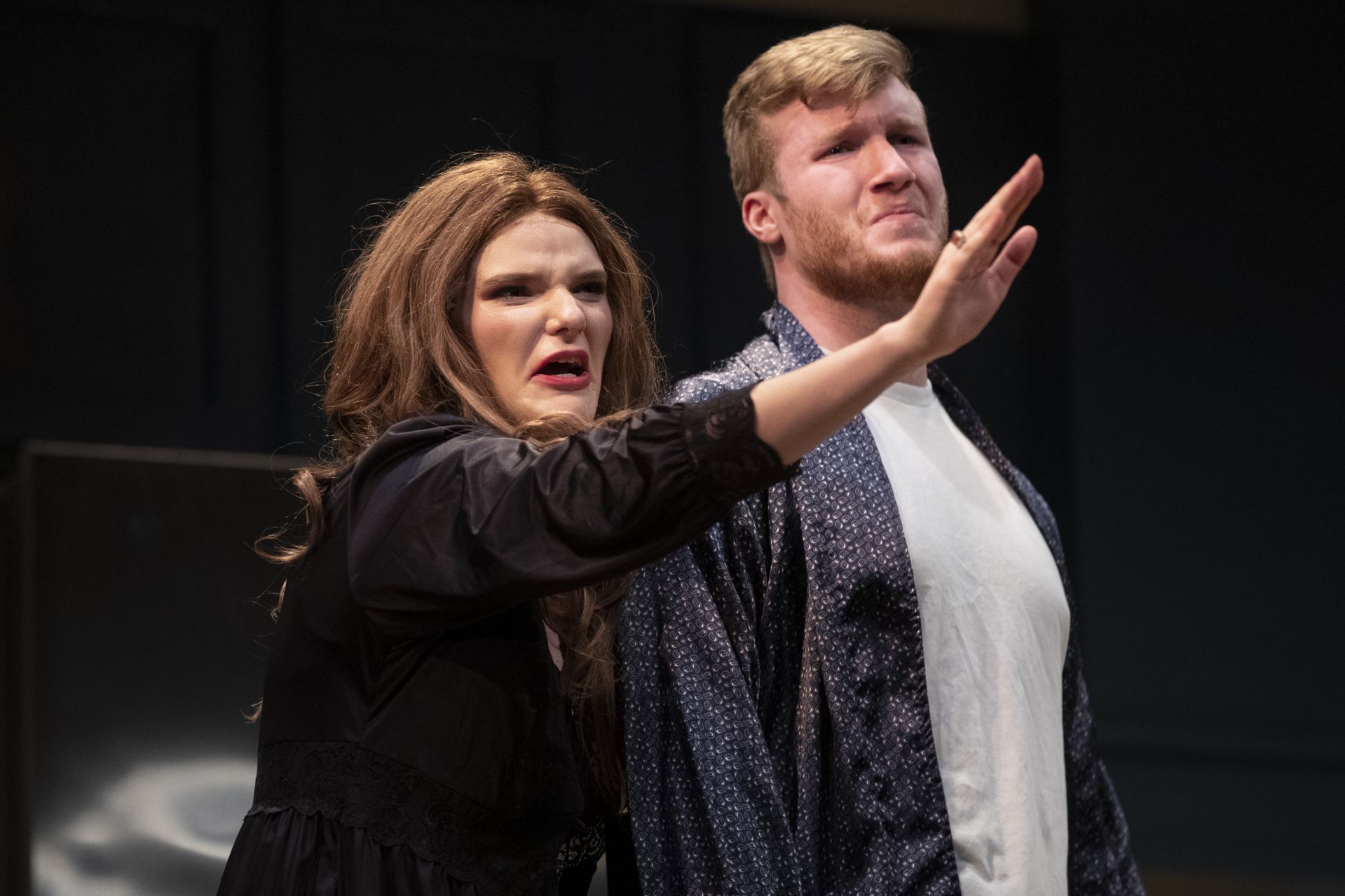 But at the heart of it, this is a play about love and unrequited love. There’s a quartet of unrequited lovers happening throughout the play, and that’s very much inspired by The Seagull.

So Posner is working similar themes as Chekhov, but he moved the action into our time, and streamlined the cast and the plot, and added music. What else has he changed?

In both plays there’s a huge meta-theatrical level — these are plays about a theater artist and actors and actresses. But what Posner does, right from the first line, is to break the fourth wall. Every character has a moment where they get to acknowledge and interact with the audience. 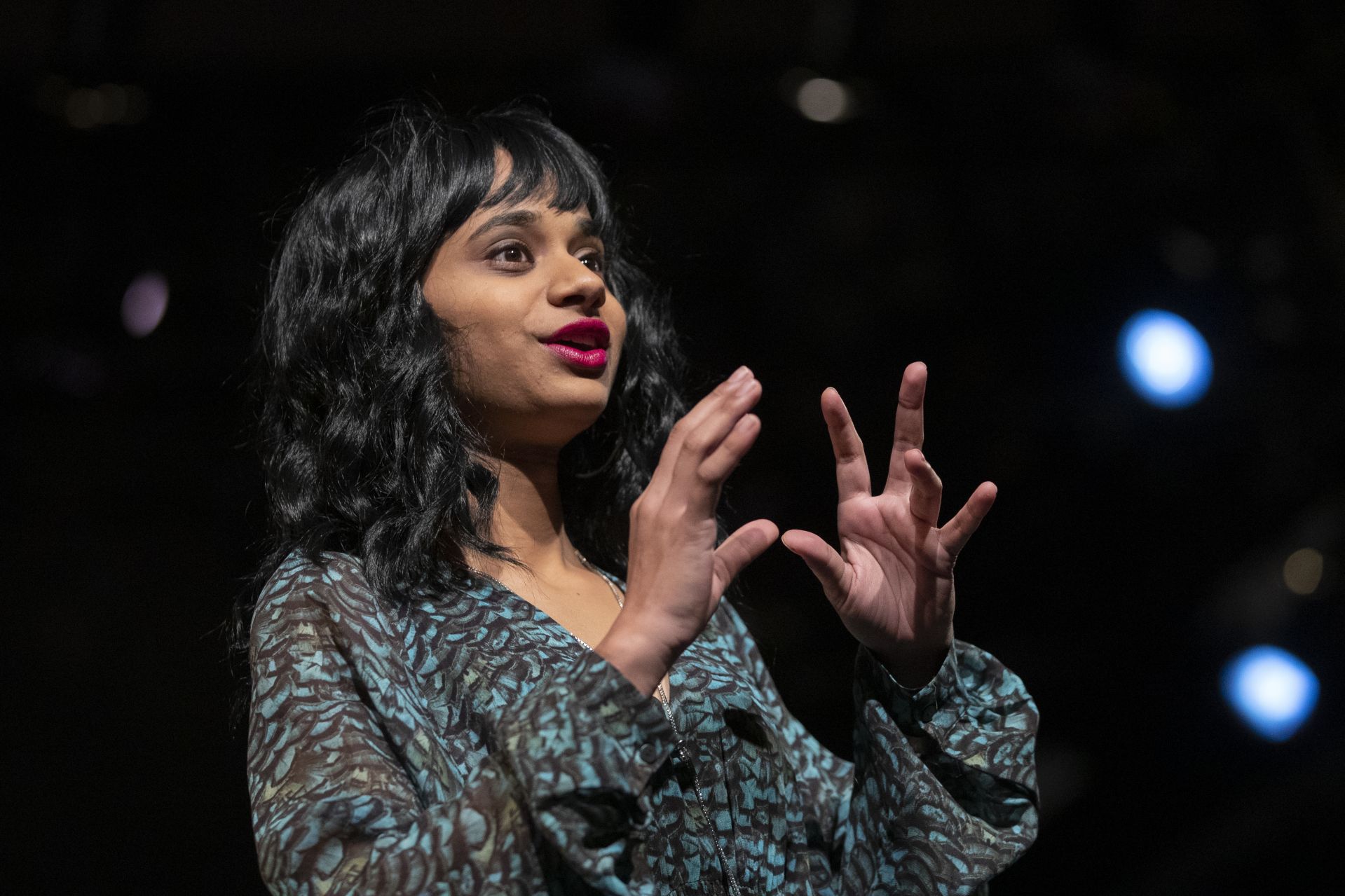 So every performance could be a little different, because we don’t know what the audience is going to say, which is exciting.

Sounds like Posner is actually wielding the kind of breakthrough that Con and Konstantin, in The Seagull, aspire to.

There’s an image of Chekhov on the wall at one point, and Con says, “Thank you and f**k you” — he reveres and tears down at the same time, and that’s the nature of this play.

And that’s why it’s great for an actor. It’s a great challenge, but you are out there airing all of the subtexts you have about how you feel. So big emotions, big stakes, big energy. 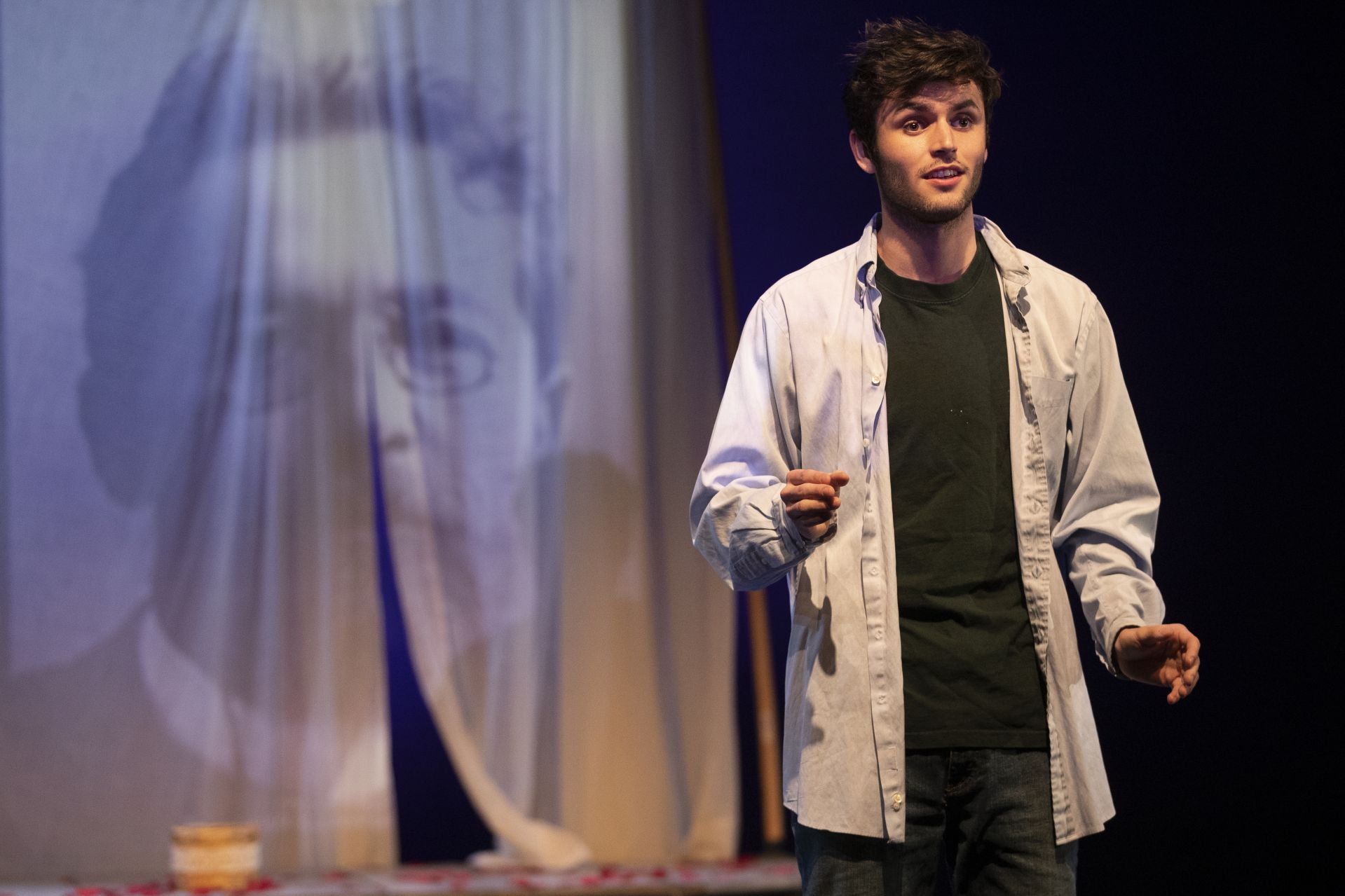 Max Younger ‘22 plays Conrad as a portrait of Anton Chekhov is projected in the background. (Phyllis Graber Jensen/Bates College)

Whereas what Chekhov introduced and what made him so important in theatrical history was that he was the first playwright to really build a lot of inner life into his characters.

Two years ago, for your directing debut at Bates, you did Angels in America. One of your actors was Kirk Read, professor of French and francophone studies, who played the infamous Roy Cohn. And now he’s back for Bird. 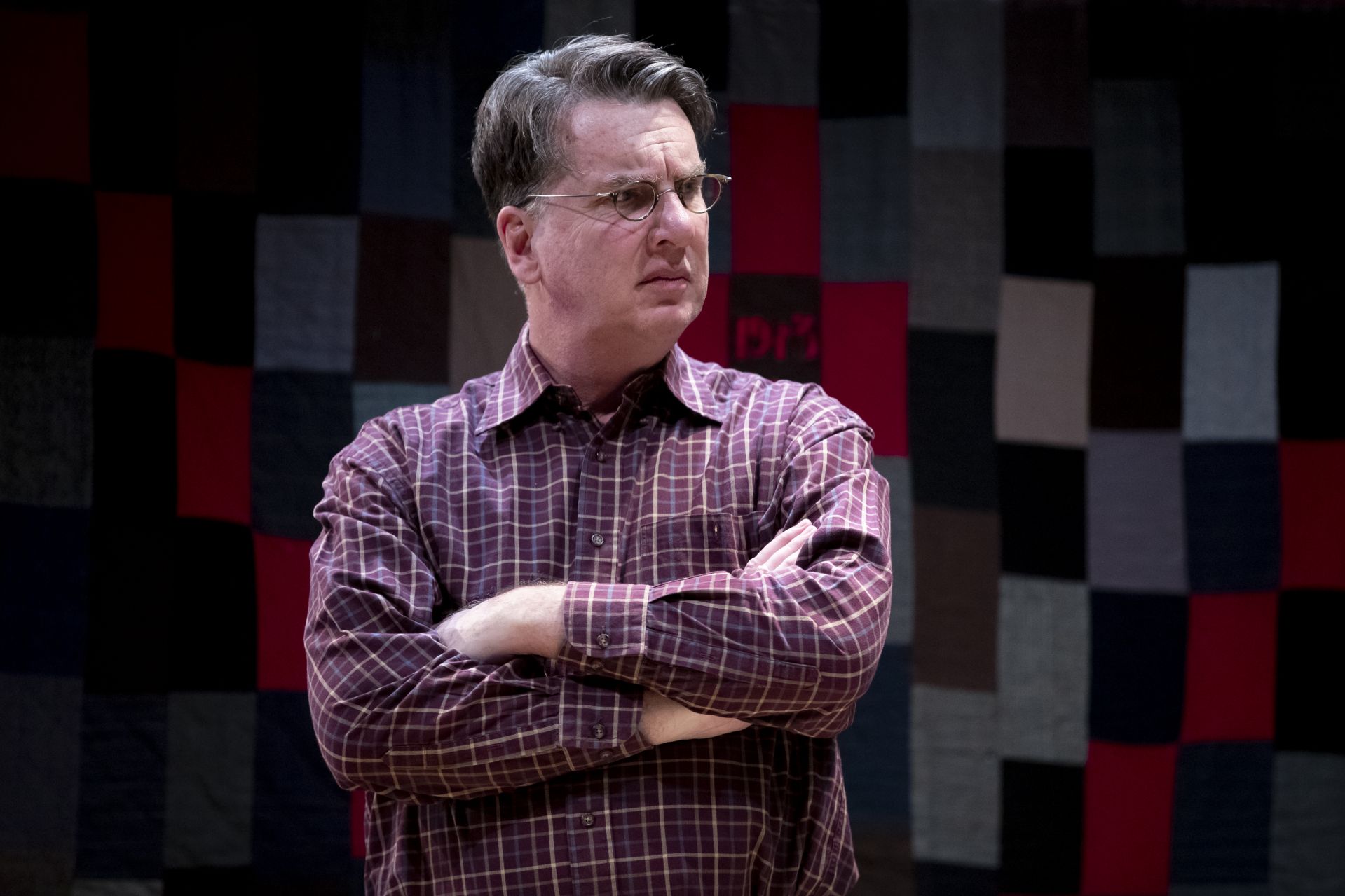 Which is great. He’s playing Sorn, the older brother who is a doctor, turning 60, and he has lived life on the sideline. He’s really fascinated by these young people who are feeling all of these big feelings. He has some wonderful direct-address monologues with the audience. It’s been delightful having him onboard again.