Vanessa German, a dynamic and versatile artist and speaker whose work celebrates human connection and the transformative power of art, will offer greetings to the Bates College Class of 2020 during the college’s 154th Commencement, which will be conducted remotely and livestreamed beginning at noon on Sunday, May 31.

What: 154th Bates Commencement
When: Noon, Eastern Daylight Time, May 31, 2020
Where: The ceremony will be conducted remotely via livestream.
How to Watch:
Bates Web: bates.edu/commencement/live/ (via Facebook embed)
Facebook: facebook.com/batescollege
The two locations will afford the same viewer experience.

Widely considered among the brightest rising stars of the art world, German is known for her “power figure” sculptures: often female and often repurposing doll parts, embellished with seemingly random objects that at closer inspection reveal themselves to be rich with allusion and symbolism. 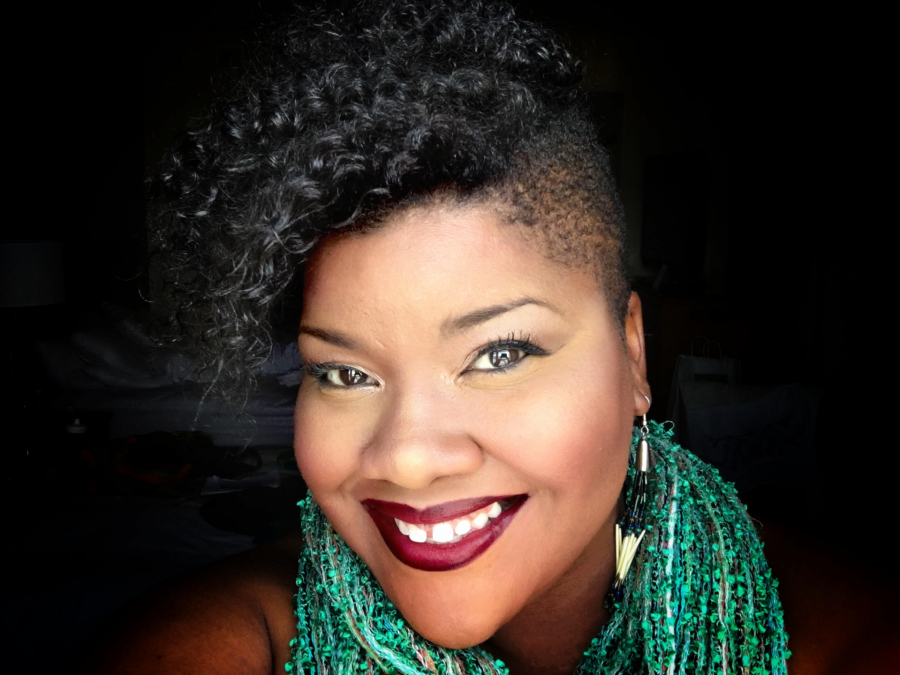 Vanessa German will offer greetings to the Class of 2020 during the college’s 154th Commencement.

“In a world of division, Vanessa German is a uniter. In a world of heartbreak, she is all heart — passion and joy, vibrancy and vitality,” said President Clayton Spencer, who will offer the formal Welcome to open the Commencement ceremony. Also speaking on May 31 will be Alexandria Onuoha ’20, a dance and psychology double major from Malden, Mass., who will give the Senior Address.

A self-described citizen artist, German invokes the power of art and love to transform communities. Her work is deeply rooted in Homewood, her neighborhood in Pittsburgh, a place that inspires her and that she seeks to uplift. She is the founder of ARThouse, a community arts initiative for the children of Homewood. 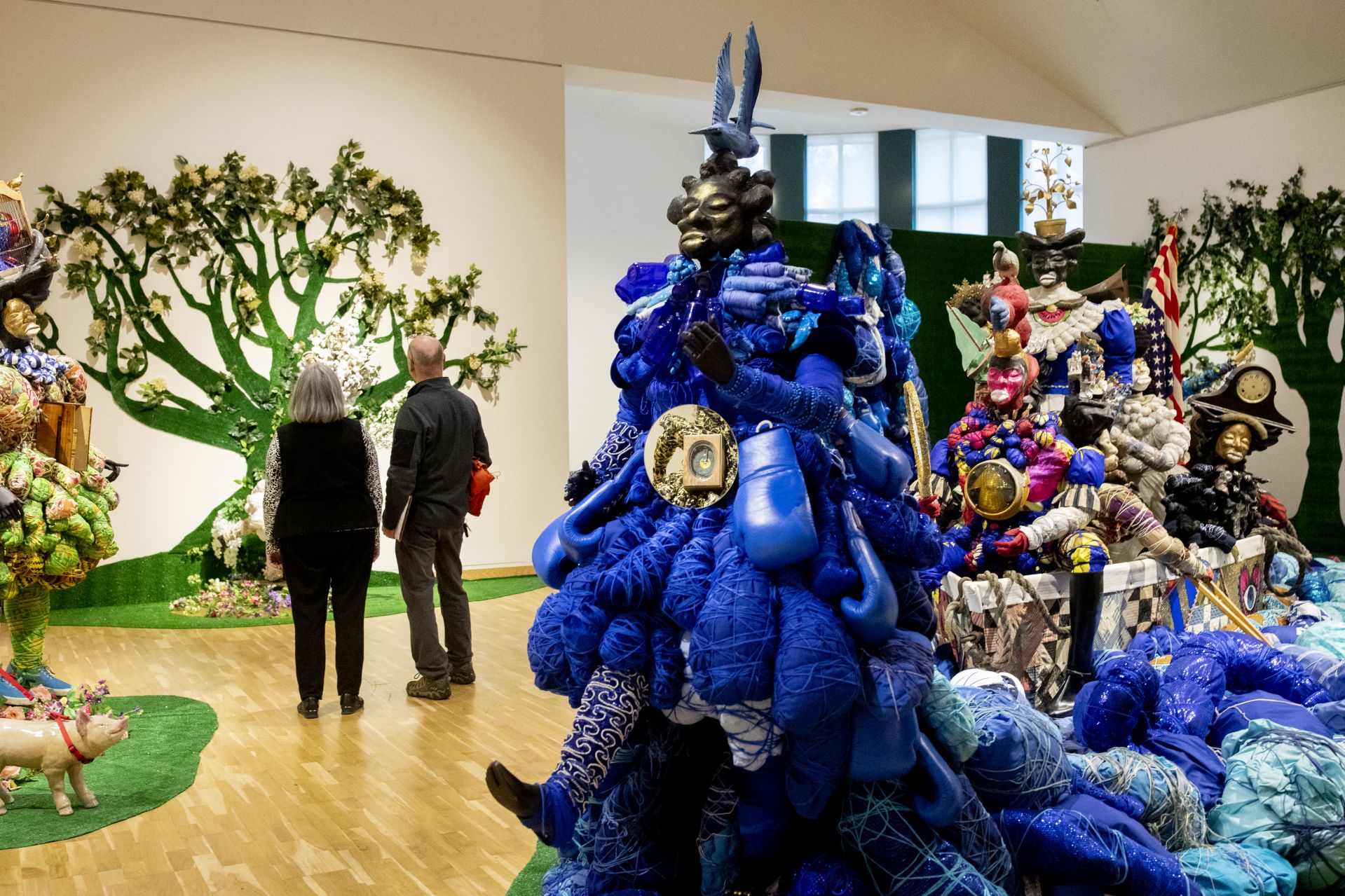 Vanessa German’s exhibition Miracles and Glory Abound was shown in the Bates Museum of Art in 2019–20. (Phyllis Graber Jensen/Bates College)

“[T]he big human lie [is] that we are not all connected,” German has said. “For me it’s a matter of life and death if I do not do violence to the lie. It’s the reason that I have lungs.”

German’s work has been shown and collected by institutions including Figge Art Museum, Flint Institute of Arts, Spelman College Museum of Fine Art, Wadsworth Atheneum Museum of Art, and Crystal Bridges Museum of American Art, as well as Bates, which hosted her 2019–20 exhibition Miracles and Glory Abound. 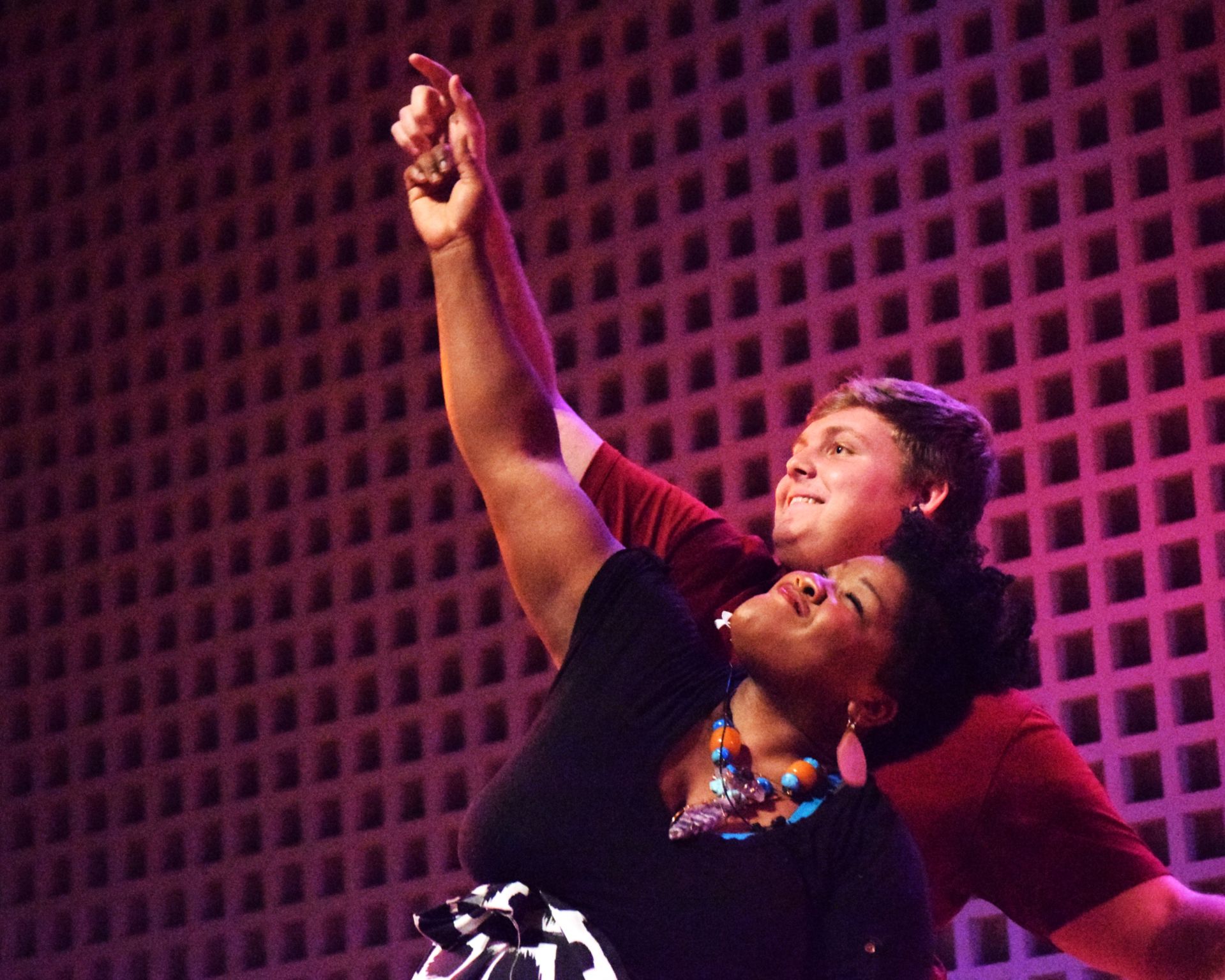 Interacting with her audience, Vanessa German does a few dance steps with Nicholas Florio ’22 during her talk in Olin Arts Center on Oct. 25, 2019, celebrating the opening of Miracles and Glory Abound in the Bates Museum of Art. (Photograph by Vanessa Paolella ’21)

German is also a poet and spoken-word performance artist who has given several TEDx talks and addresses at festivals, schools, museums, and youth organizations. She has been featured on CBS Sunday Morning, NPR’s All Things Considered, and in The Huffington Post, O Magazine, and Essence Magazine.

She received the 2015 Louis Comfort Tiffany Foundation Grant, the 2017 Jacob Lawrence Award from the American Academy of Arts and Letters, the 2018 United States Artists Fellowship, and the 2018 Don Tyson Prize, honoring exceptional achievement in American art, from the Crystal Bridges museum.

The power of love is the theme of a TEDx talk by Vanessa German in 2015.