When someone’s masked, you have to read their emotions by their eyes.

And when photographing masked Bobcats in action this spring, Phyllis Graber Jensen and Theophil Syslo are telling a story about our athletes’ intensity and focus, as seen in their eyes.

We selected nine photographs of athletes that capture that impressive vibe. (The nine Bobcats are pictured below, unmasked in pre-pandemic portraits).

In sports, our eyes sometimes see too much, and we get distracted. Researchers have found that the very best athletes have “quiet eyes” — the incredible ability to eliminate distractions as they maximize their already refined hand-eye abilities.

Bates coaches help their athletes by instructing them what to focus on.

In sprints, “it can be advantageous to take one last gaze down at the finish line,” says Curtis Johnson, associate head coach of track and field. “Once the gun goes off, the focus is on execution and critical body positions.”

During the sprint race, “the eyes are still and sometimes blurry when moving swiftly, but always narrowed in on what’s directly forward and never to the outside, like a fast-speed fisheye lens.”

Tennis coach Paul Gastonguay ’89 wants his players to keep their eye on the ball, “but it is a lot more than that.”

Head baseball coach Jon Martin wants his pitchers’ eyes focused on the catcher’s mitt as a target — but not too focused.

“It’s obviously important to focus on the intended target as their delivery gains momentum, but the ability to visualize the pitch beforehand is the tricky part,” he says.

“Often, a strategic play by the catcher is to flash the target to the pitcher and then rest the fingers low toward the ground until the pitcher is almost at release,” he adds. Dropping the glove can “give the pitcher a little more freedom to throw in a general area, rather than a small target.” Fixing on a small target can lead to aiming, which leads to wildness.

Tennis coach Paul Gastonguay ’89 wants his players to keep their eye on the ball, “but it is a lot more than that.”

During a serve or a groundstroke return, he wants his players “locked in on the ball as it enters their opponent’s space,” while also “paying attention to their opponent’s positioning, balance, body angle, and racquet face as they hit the ball.”

From that information, and from seeing the first few feet of ball flight back in their direction, a tennis player can “determine the ball flight, trajectory, direction and velocity of the ball coming their way, which allows them to move and hit the next ball where they want.”

In lacrosse, head men’s coach Peter Lasagna wants his players to have their heads, and eyes, on a swivel.

“Scanning the field constantly, in wide view, is essential for all players. Great vision creates educated  anticipation, which tells a player where to move the ball before he gets it. Who’s open? Where is the defense sliding from? Who will be open two passes from now?”

In each close-up photo below, click the image to reveal the full picture of these Bobcats athletes. Here’s Payton Buxton ’21 of Middlebury, Vt., pitching vs. Trinity College on May 2:

Here’s tennis player Teddy Koide ’23 of Morristown, N.J., vs. Colby on May 2. Click to see the full picture.

Here’s Jordyn Tveter ’22 of Topsfield, Mass., eyeing the ball in a game vs. Connecticut College on April 25. Click to see the full picture.

Here’s infielder Lindsey Kim ’23 of Palo Alto, Calif., making a throw to first vs. Tufts on April 25. Click to see the full picture.

Here’s righthander Peter Schuldt ’21 of Winnetka, Ill., delivering a pitch vs. Colby College on May 1. Click to see the full picture.

Here’s softball pitcher Danielle Polirer ’22 of Bellmore, N.Y., eyeing her batterymate during a game vs. Trinity on May 2. Click to see the full picture. 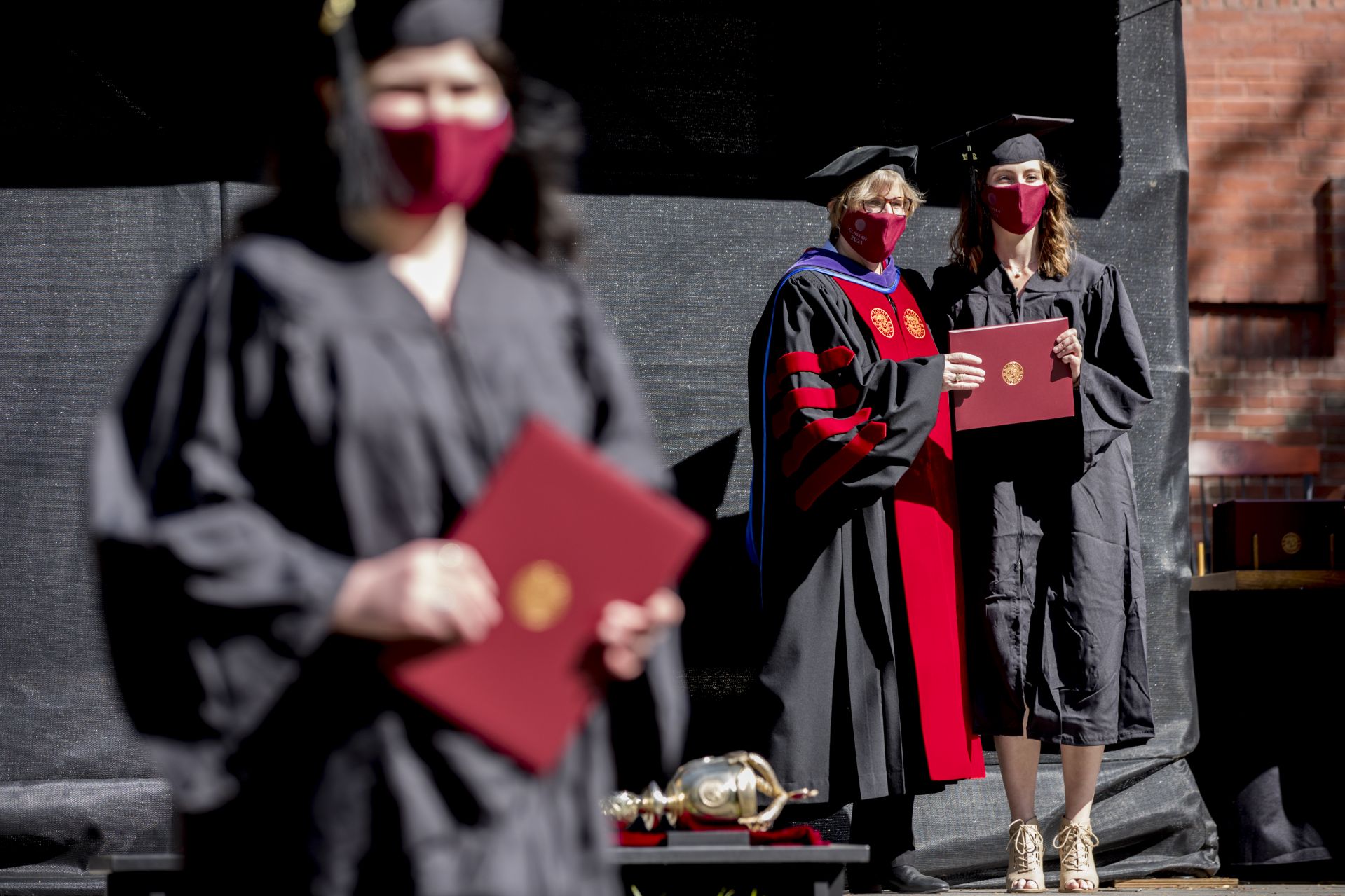