On Friday, both boats won their respective heats and on Saturday the Bobcats completed the sweep with two more victories, good for the program’s fifth national championship in the last six seasons. 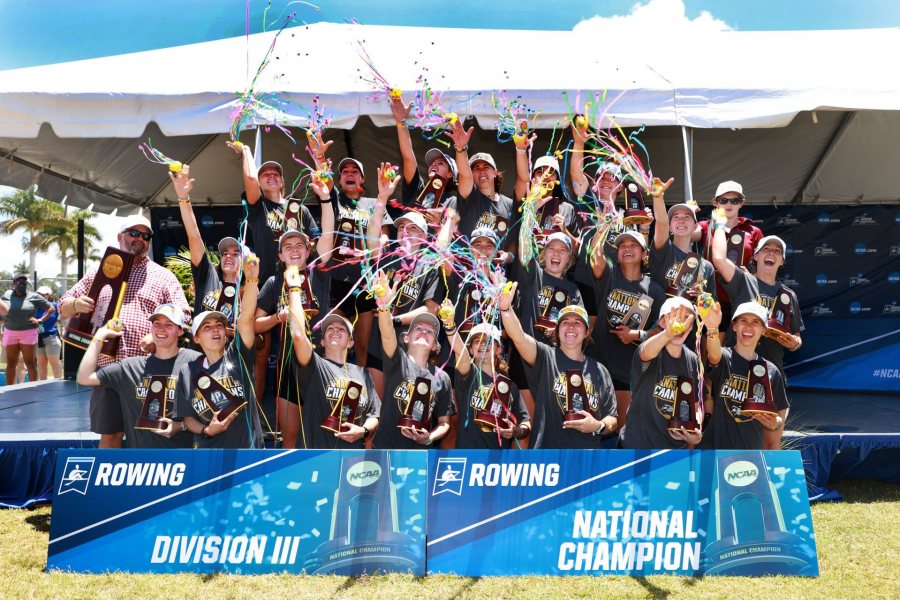 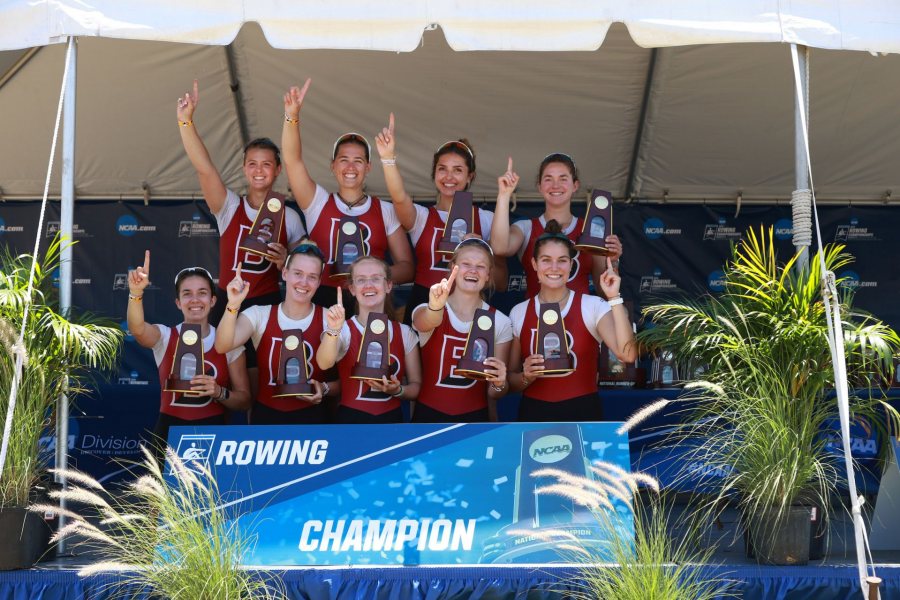 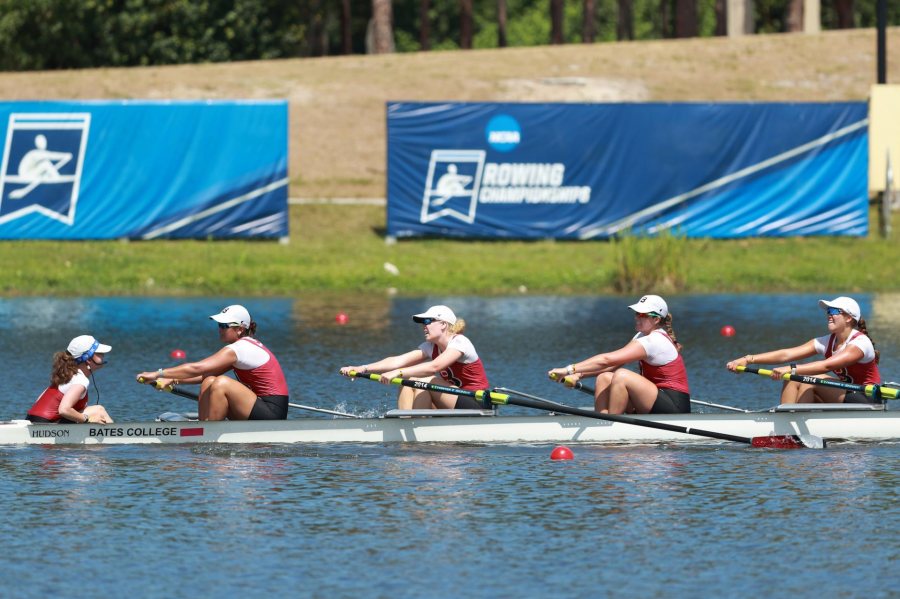 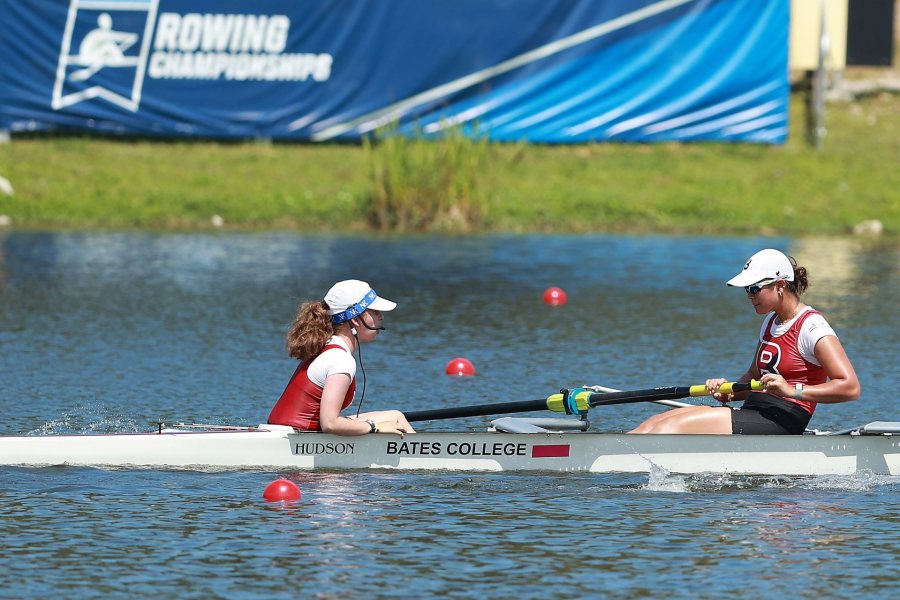 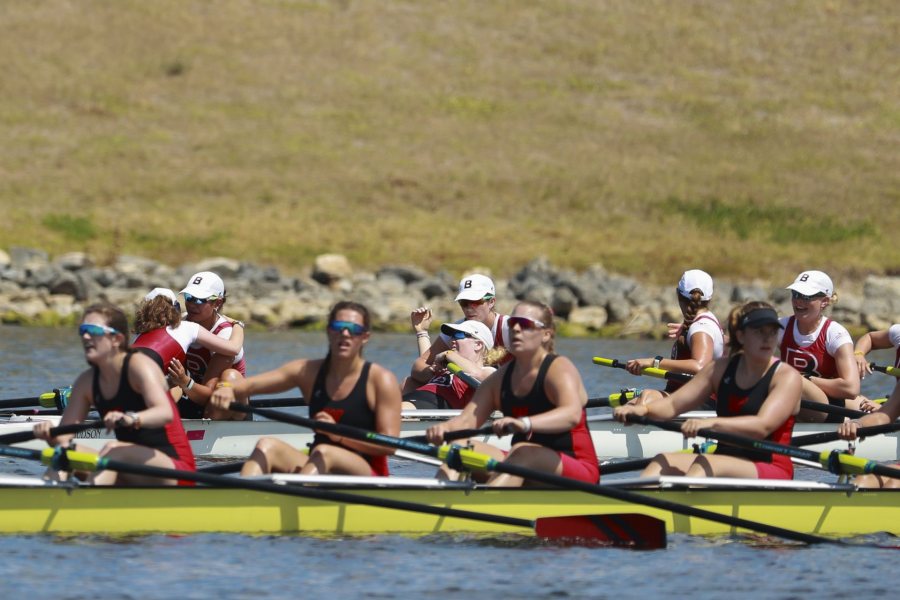 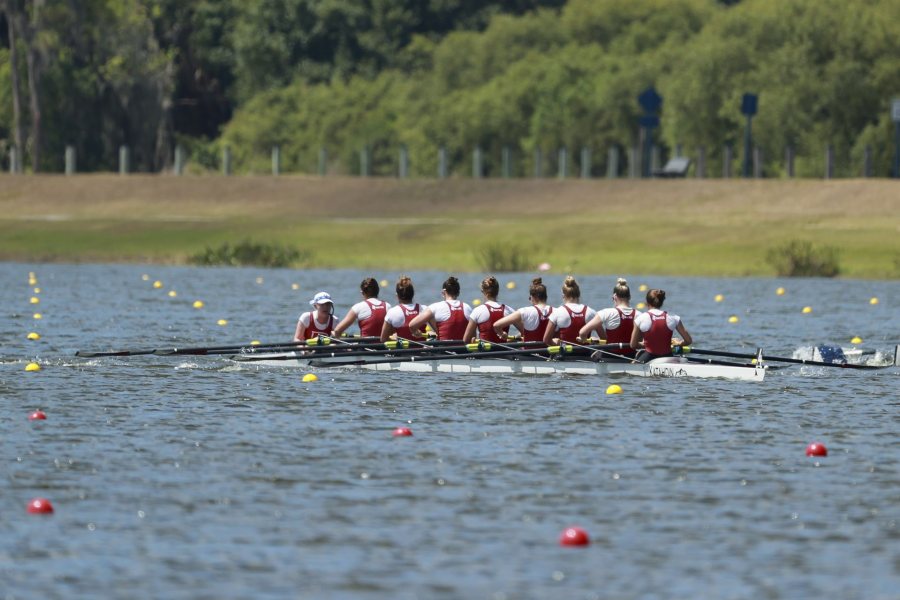 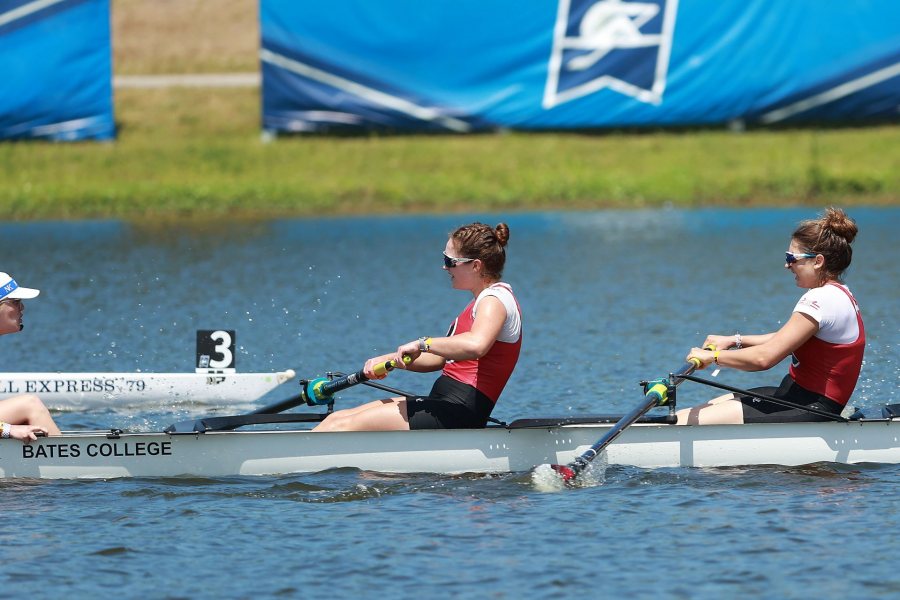 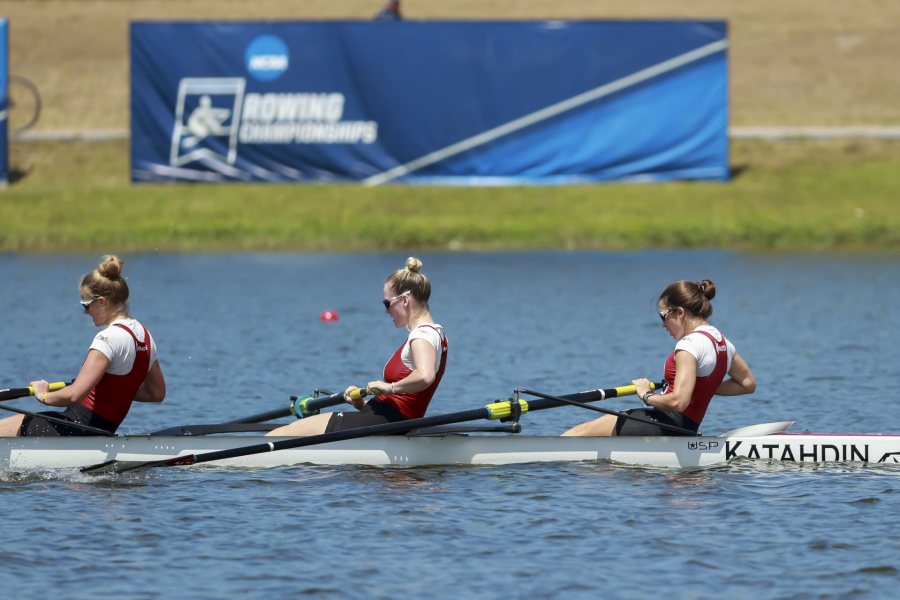 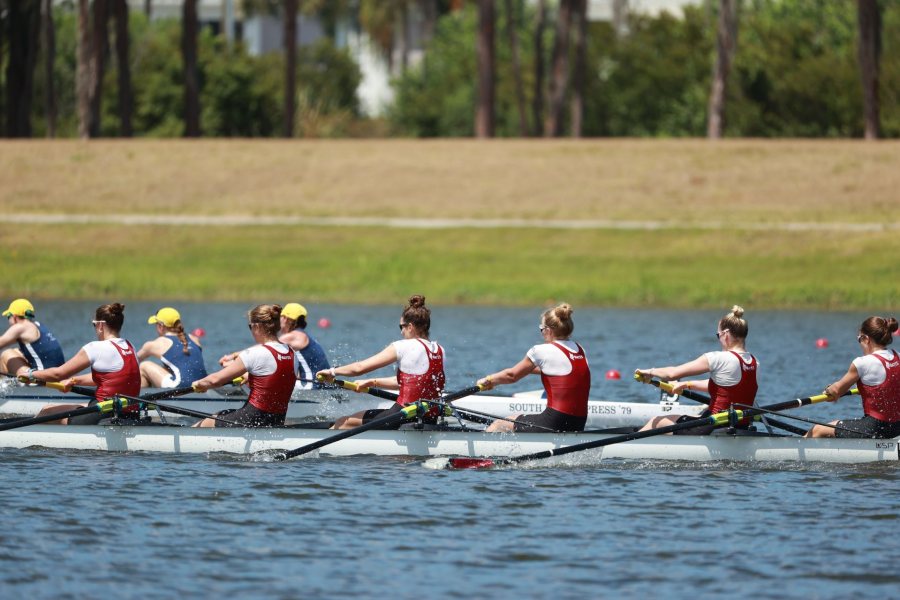 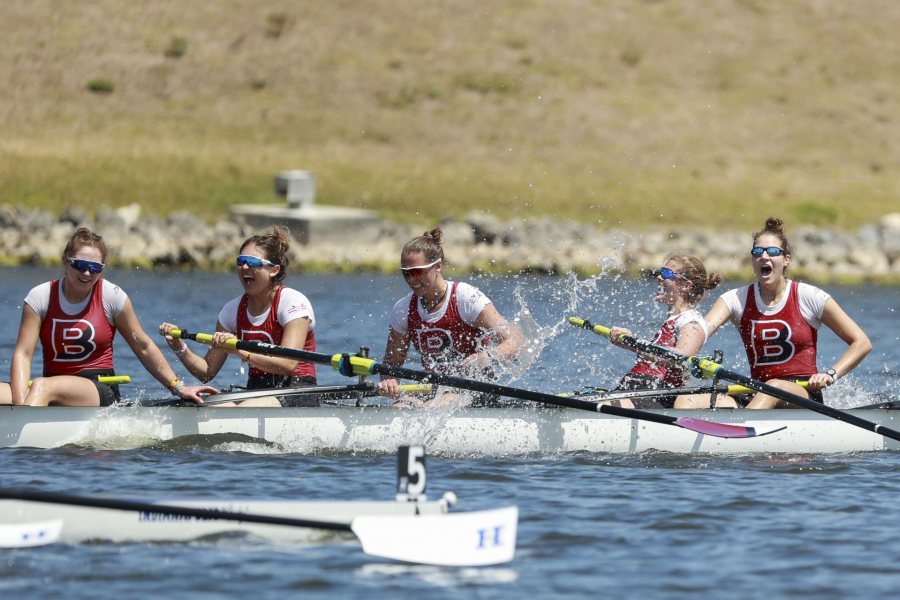 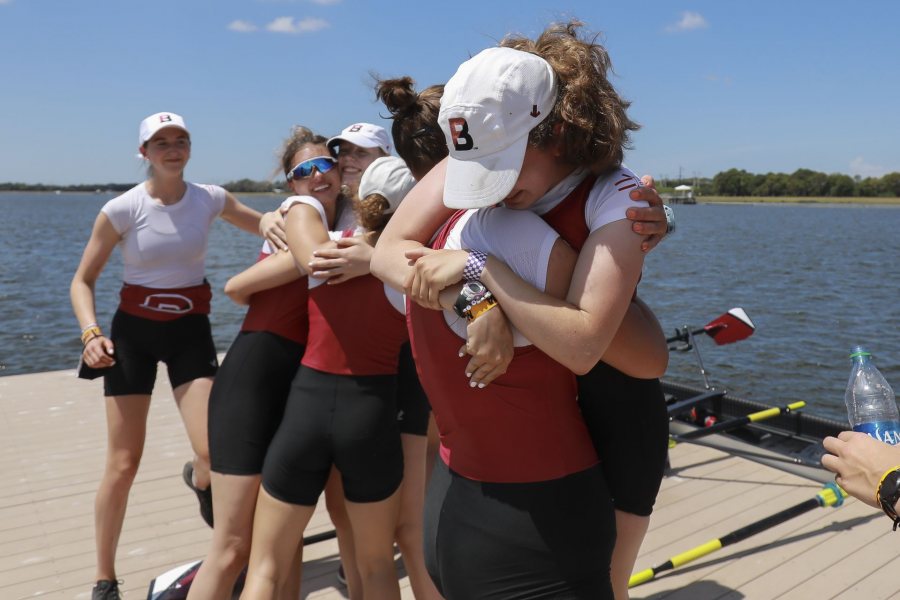 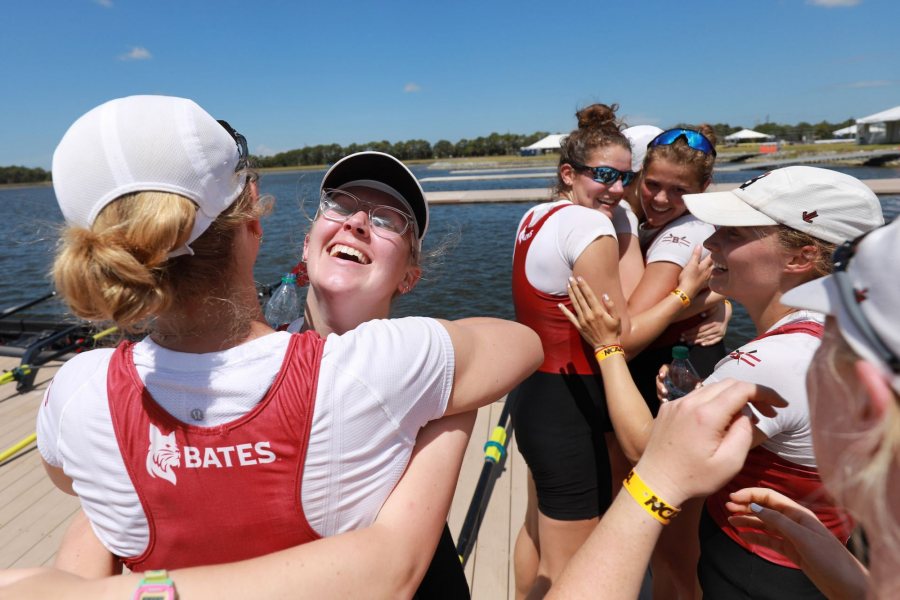 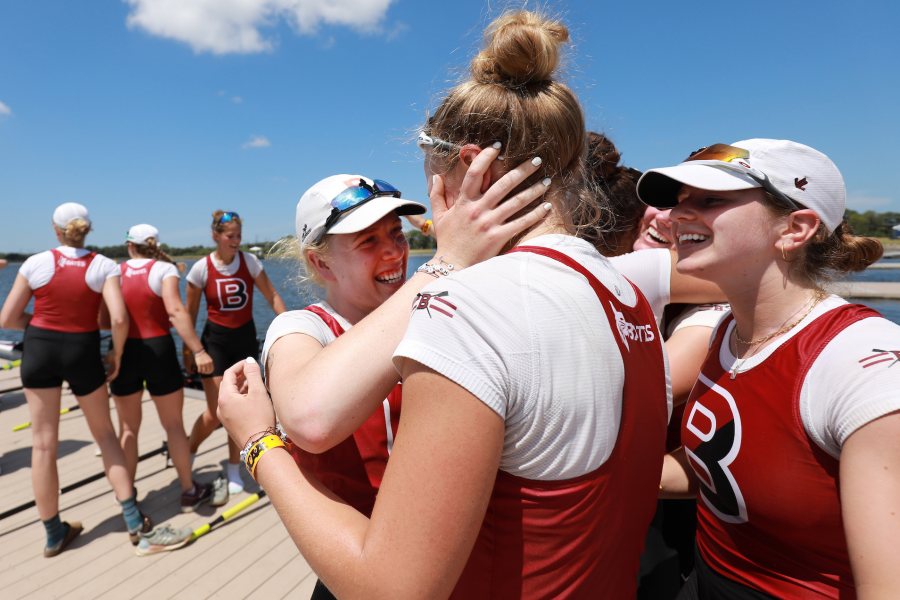 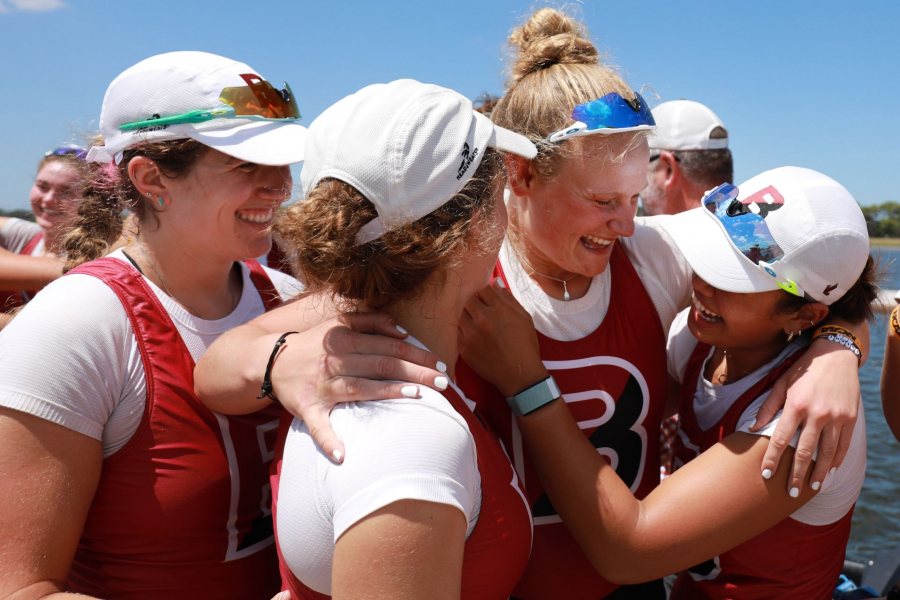 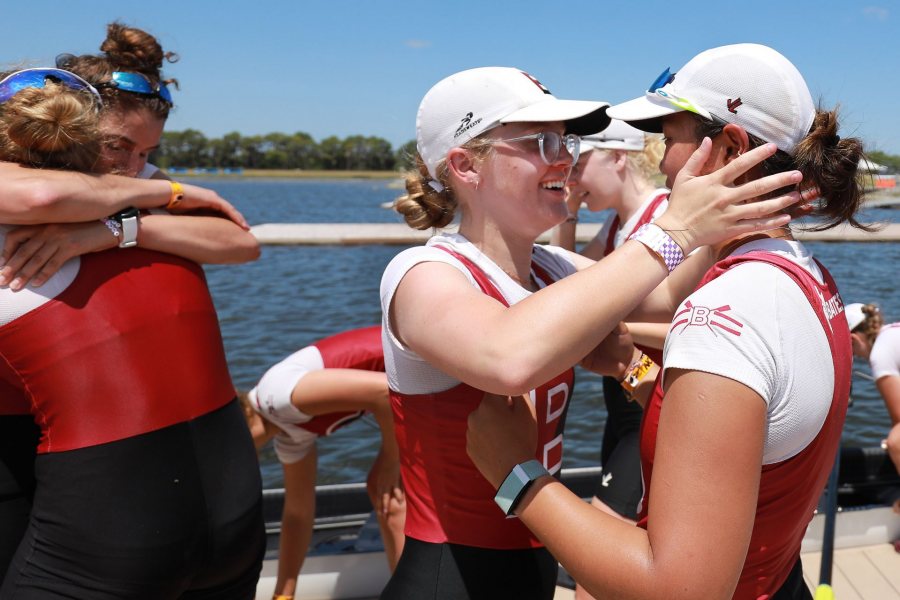 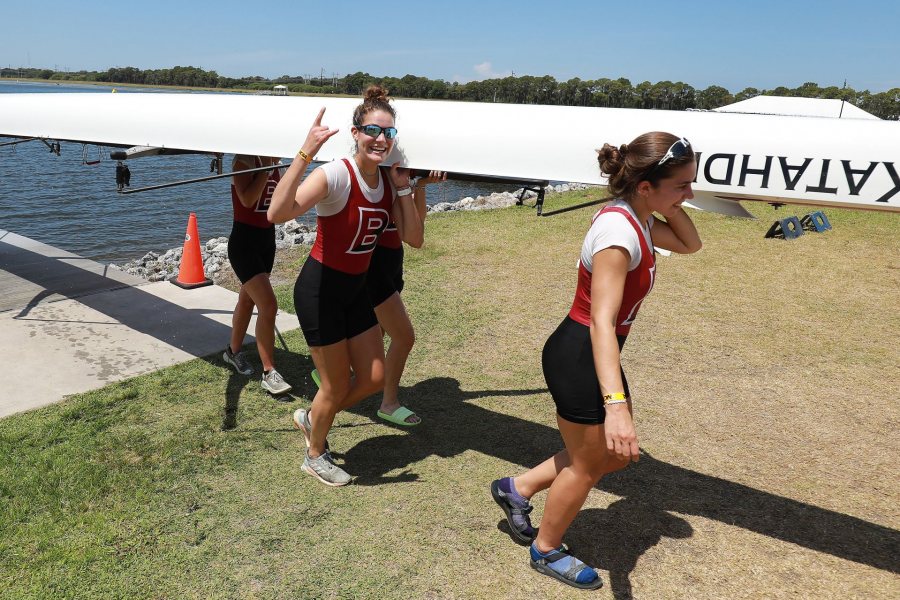 “About three strokes in I knew we were in for it,” said Elizabeth Folsom ‘21 of San Mateo, Calif., coxswain of Bates’ first varsity eight boat. “We were all expecting a really good race. We executed our plan like we wanted to and it worked out. It was a little scary at points but it turned out fine!”

As a team, Bates scored the maximum 42 points with both the first varsity eight and second varsity eight winning their respective grand finals.

On the podium at the @NCAADIII championships, the @BatesCollege women’s rowing team (four straight national titles in case you didn’t know) had a little fun!

The 2021 NCAA championship for Bates women’s rowing comes after the 2020 NCAAs were canceled due to the pandemic. The Bobcats initially weren’t expecting to have a season this year.

“Honestly until we were sitting at the starting line for the first heat, it all seemed unreal to me,” senior captain Saylor Strugar (Boulder, Colo.) said. “This team has made it so easy to train even with all the uncertainty because I know the person next to me is trying their hardest.”

Bates won the 2017, 2018 and 2019 NCAA championships, with the first varsity eight making history in Sarasota in 2018, earning its first gold medal on the national stage. The 1V has now added two more to its collection. From 2009-2013, the Bobcat women finished second to Williams at NCAAs each year before Bates broke through with the program’s first national championship in 2015. The Bobcats have now won five of the last six NCAA titles, finishing second in 2016 to Wellesley.

This year’s senior class won a national championship every year they got a chance to, joining the class of 2020 as the only classes to do so.

“I’m honored to be a part of it,” senior captain Hannah Beams (Mattapoisett, Mass.) said. “It means that I’ve gotten the chance to be with these amazing women for the last four years. I remember hearing all the stories when I first got to Bates and I still can’t believe I am part of this program.”

This marks the 30th national championship won by Bates College individuals or teams in the school’s history.