By Clayton Spencer. Published on December 13, 2017

Announcement of Professorship Appointments in 2017–18

I am delighted to announce the appointment of six faculty members to endowed professorships,  including two newly endowed chairs, effective in 2017–18.

Endowed by Michael J. Bonney ’80, P’09, P’12, P’15 and Alison Grott Bonney ’80, P’09, P’12, P’15, this new chair honors Professor Emeritus of Psychology John Kelsey’s foundational contributions to the Program in Neuroscience during his 37 years on the faculty, and it recognizes a faculty member who exemplifies the supportive, innovative, and learning-by-doing approach to neuroscience teaching and research at Bates.

Professor of Neuroscience Nancy Koven, who chairs the Program in Neuroscience, teaches core and advanced courses as well as a First-Year Seminar on the intersection of neuroscience and literature. Koven’s research in neuropsychiatry examines brain structure and function in the context of adult mental health, focusing on the complex interplay between the roles of cognition and emotion in human behavior.

A past recipient of the Kroepsch Award for Excellence in Teaching, she routinely includes student collaborators in her research, which has been funded through grants from the National Institutes of Health and the Maine Institute for Human Genetics and Health. 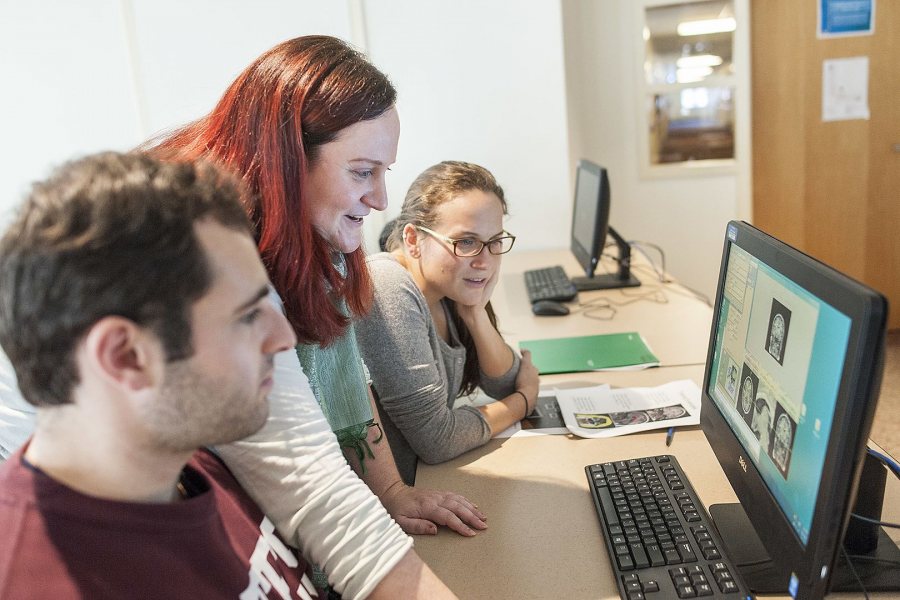 Endowed by George and Ann Colony P’12, P’17, this new chair supports the college’s Program in Digital and Computational Studies, which is designed to bring computational practices and theory to the full breadth of the curriculum and to guide all students, regardless of background and experience, in learning and questioning the practices, values, and cultures of the digital world.

In his research, Jadud examines the behavior and thinking of novice programmers; he also engages students in research regarding languages and hardware for environmental sensing, such as indoor air-quality monitoring or recording the ocean temperature along the Maine coast. Particularly interested in inclusion and equity in the digital age, he aims to create a DCS program that both serves and engages the liberal arts, writ large — a program that “thinks hard about the human condition behind the technological condition.” 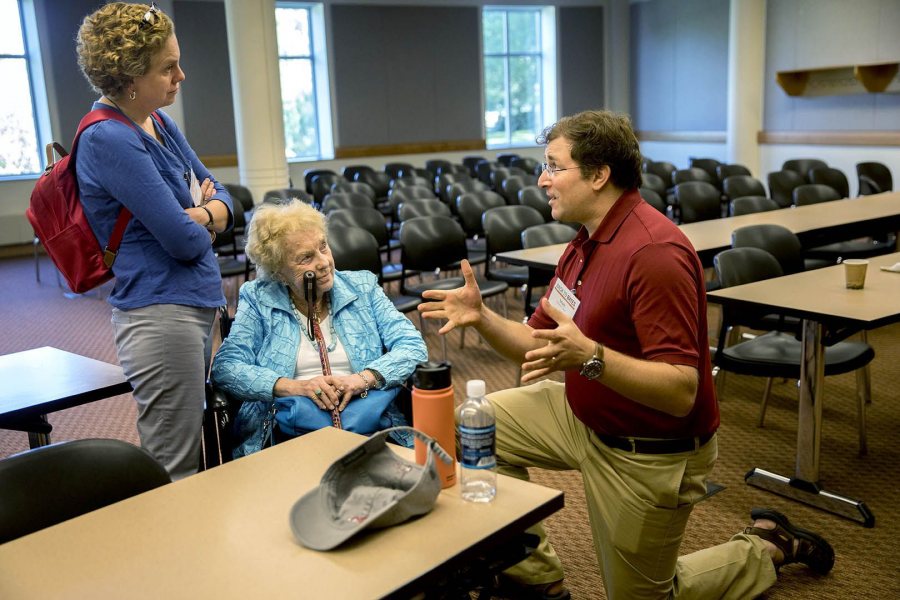 Endowed by Asako Hirasawa P’65, L.H.D. ’88, the widow of Kazushige Hirasawa ’36, Litt.D. ’61, and mother of the late Yoko Hirasawa Munakata ’65, this chair seeks to strengthen teaching and learning in Japanese and East Asian studies, and to recognize a faculty member whose teaching and research perpetuate the cross-cultural understanding that was the focus of journalist Kazushige Hirasawa’s life and work.

Professor of Asian Studies Brian Ruppert, who chairs the Program in Asian Studies, joined the Bates faculty in September 2017. He comes to Bates from the University of Illinois at Urbana–Champaign, where he chaired the Department of East Asian Languages and Cultures and, in 2016–17, directed the university’s Year in Japan program.

A scholar of Japanese Buddhism and other premodern Japanese religions, Ruppert has conducted research stays in Japan totaling seven years, and he is known particularly for archival research in the Buddhist temples there. At Bates, he teaches courses on the cultural history of Japan and Japanese religions as well as Japanese language. He is dedicated to helping students explore Japan and its place within East Asia and encouraging students to study abroad in Japan. 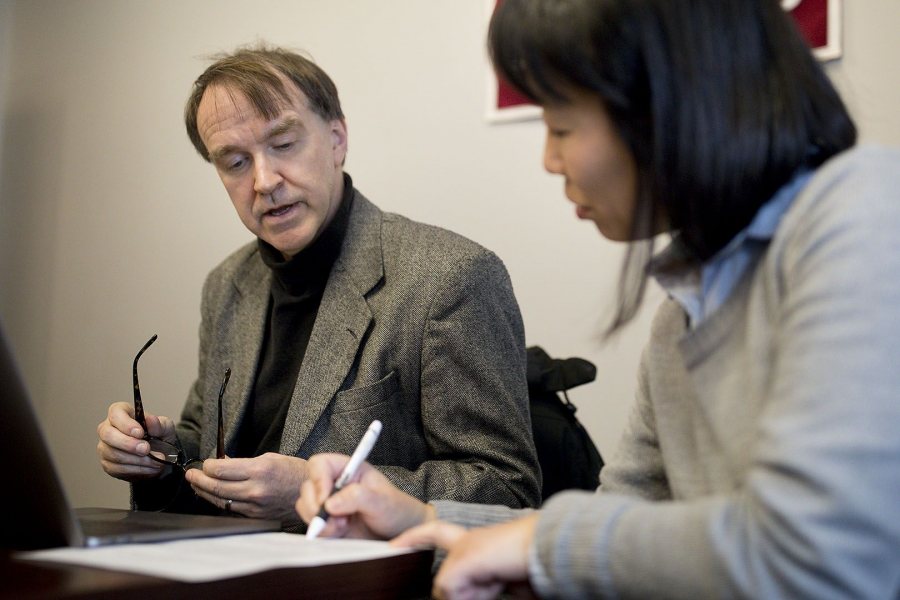 Professor of Environmental Studies Holly A. Ewing appointed to the Christian A. Johnson Professorship in Interdisciplinary Studies

Professor of Environmental Studies Holly Ewing uses the college’s Maine location to great advantage in her research and field courses. Her courses provide the natural science core of the Program in Environmental Studies, the college’s most interdisciplinary major. Her research, often with student collaborators, investigates the interconnections among atmospheric, terrestrial, and aquatic ecosystems — such as how ecosystems in Acadia National Park respond to air pollution or the processes of algae growth in Lake Auburn, the area’s source of drinking water.

In partnership with faculty colleague Rebecca Herzig, she has worked to improve faculty procedures for tenure and promotion reviews, which now recognize the role and contributions of interdisciplinary work. The recent chair of the Program in Environmental Studies, Ewing also is a member of the Program in Gender and Sexuality Studies. 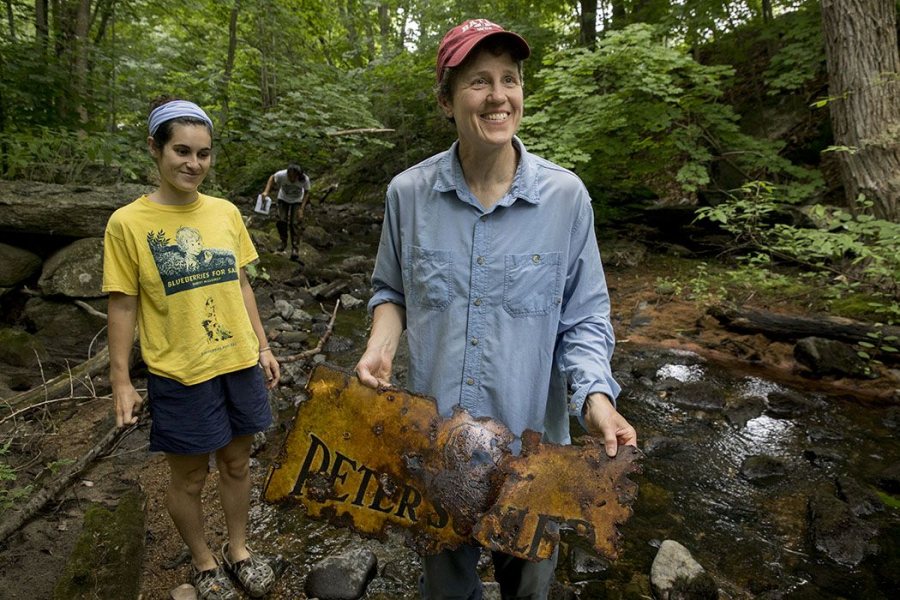 Professor of Rhetoric Charles I. Nero appointed to the Benjamin E. Mays, Class of 1920, Distinguished Professorship

Endowed by James F. Orr II P’94 and Ann L. Orr P’94, this chair honors the civil rights leader, theologian, and educator Benjamin E. Mays, Bates Class of 1920, and recognizes a faculty member who has advanced our understanding in matters of diversity and who affirms the ideals personified by the Rev. Dr. Mays.

A founding member of the programs in African American and American Cultural Studies, Professor of Rhetoric Charles Nero is a specialist in film, literary, and cultural studies. He teaches courses that interrogate film through the lenses of race, sexuality, gender, and class, and his research offers intersectional analyses of such topics as the African American writers W. E. B. Du Bois, Claude McKay, and Langston Hughes; filmmakers in independent and mainstream cinema; black queer studies; and sexuality in the Black Arts Movement.

An inspiring leader of campus programming on race and diversity, he served as chair of the Martin Luther King Jr. Day Planning Committee for nearly a decade, during which time MLK Day deepened its reputation as a signature date in the academic calendar: a rigorous, multifaceted learning, reflection, and arts opportunity for the campus and the broader community. 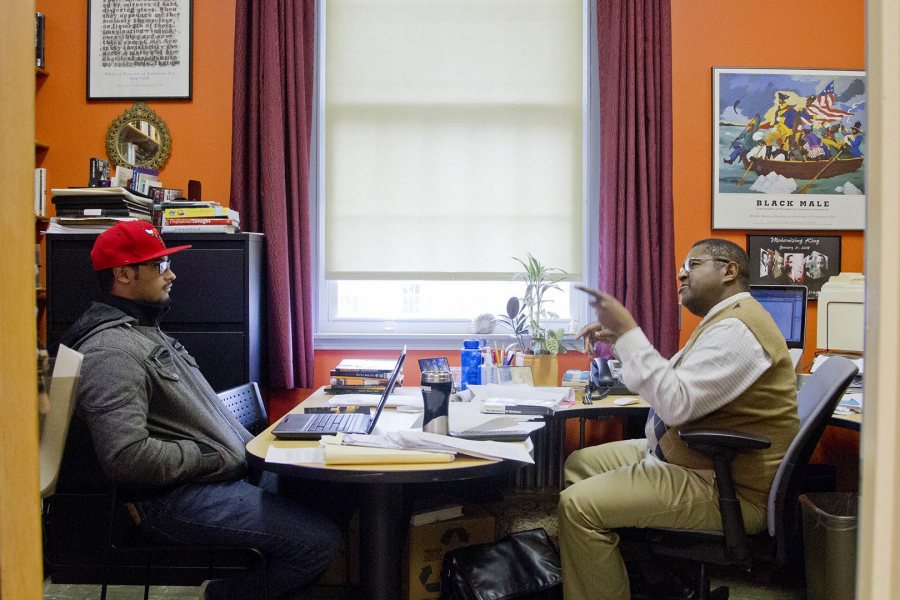 Established by David C. Whitehouse ’36 and Constance T. Whitehouse in honor of their families, this professorship celebrates freedom of expression and inquiry; respect for human dignity; and exceptional teaching, scholarship, and service.

A past recipient of the Kroepsch Award for Excellence in Teaching, Professor of Geology Dyk Eusden ’80 is an intrepid field scientist who brings his students into the world so they can see, discover, learn from, and record geologic history, whether on Maine coastal islands or in the U.S. West. An expert on regional geologic history and ancient tectonics of the Appalachians and active tectonics in the South Island of New Zealand, he involves students as co-authors of papers, research posters, and mapping projects.

A leader in the sciences at Bates, he has served as department chair, division chair, and most recently, as co-chair of the STEM Facilities Review Committee that has developed options to meet the needs of current science programs as well as anticipated program growth. In 2017, Eusden and the Department of Geology hosted the New England Intercollegiate Geological Conference. 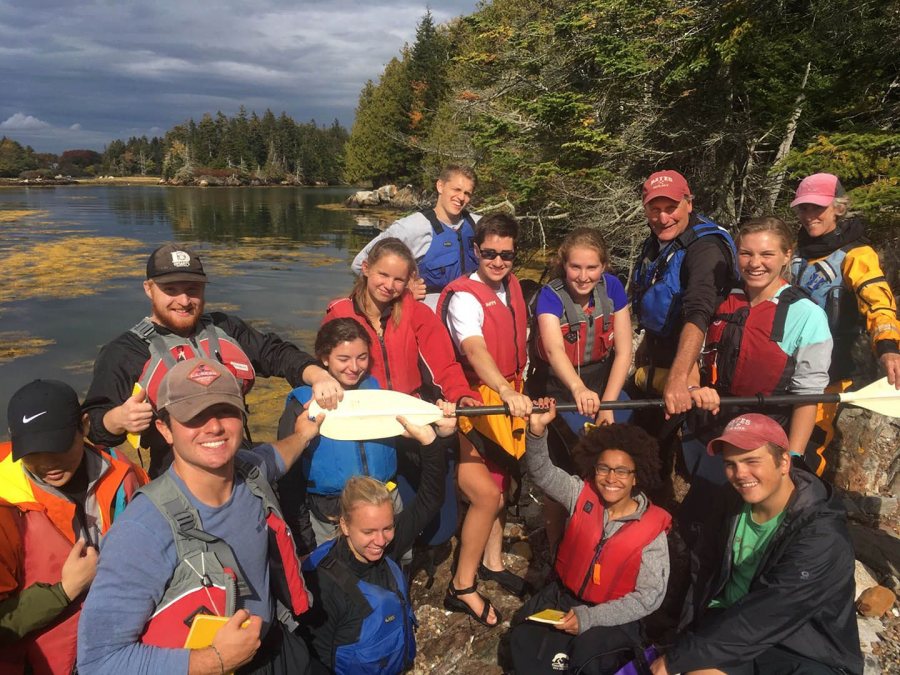 Professor of Geology Dykstra Eusden ’80 (standing, third from right) poses with students in his field geology course during their kayaking trip to Maine’s Yarmouth Island in fall 2017.

One Response to “Announcement of Professorship Appointments in 2017–18”