To study history is thus to make it. History majors hone this craft as researchers and writers, and they do so in the classroom, among other scholars, and as members of the community at large.

Here are a few examples of the work by our students.

During the Winter Semester of 2019 students in History 399: Historical Methods researched the history of Bates College. They focused on the ways that the college’s abolitionist founders still made compromises with slavery when they sought funding from people like Benjamin Bates, whose textile mills wove cotton produced by enslaved African Americans. They also examined how the college’s marketing has changed over the years, reflecting the changing values of the college and the United States as a whole.

There were two honors Thesis’ from this past year: 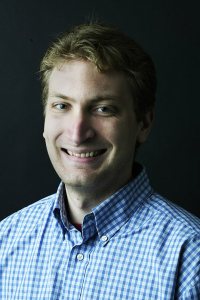 ‘The Progressive Tradition at Bates’

Was Bates truly an oasis of radical egalitarianism right from its 1855 founding? Or was Bates’ early history more complex, particularly given the paternalistic and racist educational norms of the times?

In his honors thesis, “Faith by Their Works: the Progressive Tradition at Bates College from 1855 to 1877,″ history major Tim Larson ’05 examined Bates’ historic view of itself, exploring 19th-century Bates faculty attitudes toward abolitionism and race, race relations on campus, women at Bates, and issues of class.

The honors thesis became an academic centerpiece of the college’s 150th anniversary observance in 2005.

In 2014, the thesis was the source of a pivotal quote in the Commencement address by Pulitzer Prize-winning author Isabel Wilkerson, when she quoted one of the college’s earliest black graduates, Thomas James Bollin of the Class of 1879, who wrote in The Bates Student, that “[s]ocial equality is the brotherhood of man in every condition.”

That phrase, she told the Commencement gathering, is a “beautiful definition of equality.”