The late Ellen Seeling: Scenes from a life lived by design

Memory provides no narrative. It hands us fragments, jumbled pieces from mismatched puzzles.  We work to assemble these fragments into a believable fiction to ease the mind with order and progress. We create a story to make sense of unknowable, shifting energies, atoms, and gods.

But I can’t yet produce a narrative for my theater professor, Ellen Seeling, who died on Dec. 29 at age 50, of cancer. To me, the loss is not understandable, let alone justifiable, no matter how I turn or fit the events together. This signifies my youth or inexperience, I suppose. It has happened before and will happen again.

But that’s only slight comfort as I consider the practicalities. I don’t get to hope that she’ll be back next semester. She won’t be around to discuss thesis again. Somebody else will design the sets and costumes for the main shows at Schaeffer. I won’t see her in the costume shop. I’ll never see her smile again. So true, and such a platitude — it’s those little things that hurt the most.

Picking through the random fragments that memory has, in its capriciousness, provided, I examine them, one by one.

There is her body, to my right, looking over my shoulder at some design.  She’s caught in contemplation, almost ready to speak.

I adored her criticism; she was astoundingly good at it, articulating the problems you knew were there but felt powerless against, and giving you the most fantastic nudges in right directions. And she’d always find the most interesting things to praise, some aspect of the whole you’d gotten very right but not noticed. When she was done, you were thrilled at the chance to make it better.

She didn’t impose content; she allowed you to work and create as you chose. And she would stay on campus for hours after classes helping anyone who needed it. I, with no talent for drawing, spent a lot of time working with her into the early evening. The proper proportions between fingers, the correct curve of a bare leg, the flow of an evening gown — she was thrilled whenever someone made any small advance, and stayed until we were able to produce what we wanted.

She’d cock her head at an angle when listening to an unfamiliar idea. A childlike grin would spread across her face when she watched a student get excited about some work. An acknowledging smile, almost parental, would be present when she saw her costumes and sets together for the first time.

More moments. A wry smirk shot across the classroom in response to a joke that I made. Seeing Twelfth Night my freshman

In this 2002 photo, Ellen Seeling photographs The Sea Wall set.

year and remarking to a friend that the designs were amazing, and his reply being, “They’re Ellen Seeling’s.  She’s amazing.” Example after example of her, without hesitation, giving so many students emotional support beyond expectation. Me stopping at her office for advice on a grant proposal, and two exhilarating hours of conversation that transformed my proposal, altered my thesis, and influenced my creative process incalculably. It was Ellen at her thoughtful, inspiring best. It was also the last time I’d speak with her.

She was sick again by Short Term. Summer went by like nothing. Then it was fall, and though her designs for Hamlet were everywhere, she was not. One day I stopped into the costume shop and found everyone gathered together around a speakerphone on a stool, clutching notepads, fabric samples, and her designs. They were informing Ellen’s voice of their progress, and taking down her responses. Unable to come to campus, she worked via courier and telephone.

Then came finals, moving, a long train ride home to Montana. Then one day, the thermometer hovering just above zero, I got an e-mail from Kathy Peters, the head of the costume shop. Ellen had died the day before.

Poet-songwriter Leonard Cohen defines a saint as “someone who has achieved a remote human possibility,” a possibility that has “something to do with the energy of love.” An unselfish energy, given freely to the world. That was Ellen, as I remember her. No narrative is needed.

I remember a line by another poet, Joseph Brodsky: “What memory has in common with art is the knack for selection, the taste for detail.” Memory only seems capricious until you understand what it is for — remembering points in space, and making constellations out of the stars in the sky.

For submission guidelines for Round Table, please contact magazine@bates.edu. 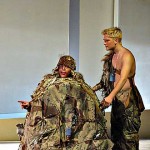 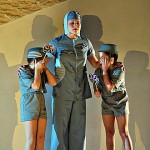 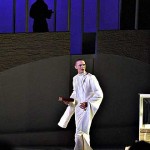 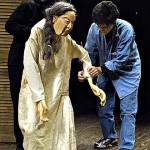 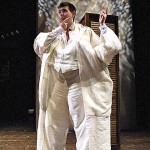 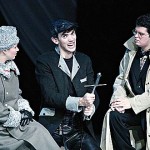 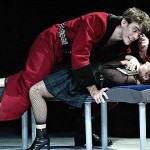 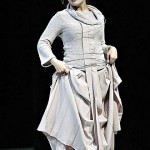 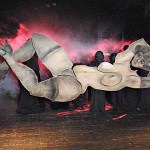 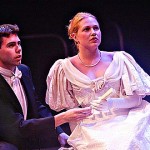 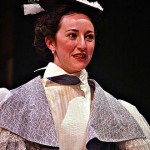 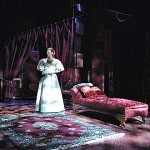 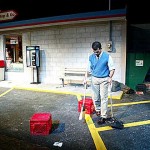