A commercial fishing trip with Eric Hesse ’86 and the Tenacious

“4000# ETA6,” he writes. Translation: 4,000 pounds of fish caught, home by 6 for dinner with Lee Ann and their two young boys. “GR8!” replies Lee Ann, keeping the exchange brief due to the pay-per-character satellite service aboard the Tenacious.

On this fishing trip last Nov. 8–9, Hesse leaves his West Barnstable, Mass., home around 9:30 p.m. and is under way from Harwichport about an hour later. The Tenacious heads 50 miles offshore to fish the 4 a.m. “slack” tide — when the current slackens near high or low tide, in this case the latter. A fish-eye lens — no pun intended — captures the action aboard the Tenacious as Eric Hesse ’86 (left) gaffs the fish coming through the de-hooker, then tosses them to crewmember Jeff Sampson (right) for processing. Meanwhile, a variety of sea birds, mostly shearwaters, catch a meal.

A longline fisherman, Hesse puts out mile-long demersal (sinking) strings with thousands of hooks baited with mackerel or herring. Before a hint of daylight, he and crew member Jeff Sampson have already put out and hauled back two strings. “It seems like it’s always dark in November,” says Hesse.

By 2 p.m., the Tenacious is back at Harwichport to offload the catch — mostly haddock, plus some cod and other species — which is trucked to auction. Some is purchased directly by a local upscale restaurant.

Says Eric with a laugh, “People tell me, ‘If you love what you do, you’ll never work a day in your life.’ Well, I’ve worked plenty of hard days. And I still love what I do.” (See PreAmble for more about what Hesse does.)

Fishing long, odd hours creates an unusual family routine, but it’s part of what brought him and Lee Ann together. “It’s what I first loved about Eric — the passion he has for it,” she says. 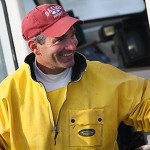 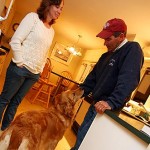 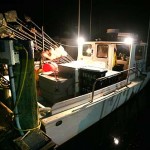 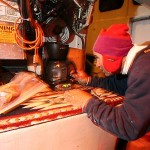 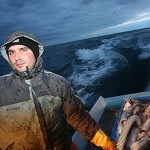 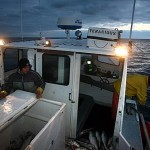 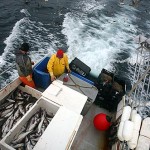 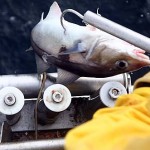 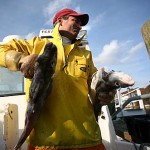 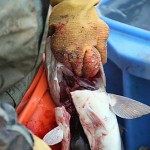 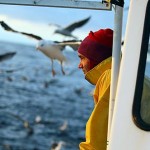 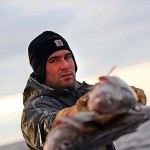 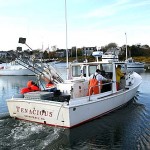