Rebecca W. Corrie, promoted to full professor of art, is the author of a forthcoming book on Sienese painting and urban history. She has written several articles, including “The Perugia Triptych and the Transmission of Byzantine Art to the Maniera Greca” and “The Political Meaning of Coppo di Marcovaldo’s Madonna and Child in Siena.” She has received fellowships and grants from the National Endowment for the Humanities, Harvard University and Oberlin College, where she received bachelor’s and master’s degrees. Corrie, who received her doctoral degree from Harvard, has been an instructor in art history at Mount Holyoke College and assistant to the curator of Oriental art at Yale University. She has been teaching at Bates since 1982.

Craig J. Decker, promoted to full professor of German, is the editor of the forthcoming book Balancing Acts: Textual Strategies of Peter Henisch and translator for the forthcoming book Stone’s Paranoia by Peter Henisch. Decker has received a German Studies Association Article Prize and a summer seminar fellowship from the National Endowment for the Humanities, as well as several research fellowships and grants from Bates. He has been chairman of the Department of German, Russian and East Asian Languages and Literatures at Bates and was director of the college’s study abroad program in Germany in 1992. Decker graduated summa cum laude with highest honors in German from Bates in 1978. He received master’s and doctoral degrees from the University of California, Irvine, and joined the Bates faculty in 1984.

Baltasar Fra-Molinero, associate professor of Spanish awarded tenure, is the author of the forthcoming books Readings in Black: Race and Slavery in Spanish Golden Age Literature and Blacks and the Margins of Latin American Literature. His many articles include “The Condition of Black Women in Spain During the Renaissance,” and his teaching interests include Spanish medieval literature, 20th-century Spanish and Latin American poetry and fiction and Spanish-American colonial literature. He received the degree of Licenciatura, Filolog’a Inglesa from Universidad de Santiago de Compostela, Spain, and the degrees of Grado de Licenciatura, Filolog’a Inglesa and Doctor en Filolog’a Inglesa at Universidad de Sevilla, Spain. He also received a master’s degree in linguistics and a doctoral degree in Spanish at Indiana University. Before joining the Bates faculty in 1994, he was an assistant professor of Spanish at the University of Florida, an associate instructor of Spanish at Indiana University and an instructor of English at Universidad de Sevilla.

Leslie I. Hill, promoted to associate professor of political science with tenure, specializes in women, gender and states: global and comparative perspectives and women’s human rights in state and international contexts. She is the author of numerous articles, including “Reflections on Power and its Implications for Citizenship Practice,” and “The Black Church’s Mission of Justice: Political Roles in the Context of Racial Oppression.” She received her bachelor’s degree from Barnard College, a master’s degree from Atlanta University, and she attended Emory University before earning a doctoral degree in political studies from The Union Institute. Hill, who joined the Bates faculty in 1988, has been a research and teaching fellow at The New School for Social Research, a project coordinator for the National Council for Research on Women and an adjunct lecturer in women’s studies at Hunter College.

Hilmar L. Jensen III, promoted to associate professor of history with tenure, is the author of the forthcoming book, The Rise of an African American Left: John P. Davis and the National Negro Congress and the forthcoming article “Roots of a Pan-African Weltanschauung: W.E.B. DuBois, Western history and the Theory of Imperialism in Africa.” Jensen, who specializes in 20th-century American history and Africana and African-American studies, has been a research fellow and associate at the W.E.B. DuBois Institute at Harvard University and has received an Eleanor Roosevelt Institute Research Grant from the Franklin D. Roosevelt Library. He will serve as chairman of the American Cultural Studies Program at Bates in September. He received a bachelor’s degree from Goddard College and master’s and doctoral degrees in history from Cornell University. Before joining the Bates faculty in 1992, Jensen was an instructor in history at Holy Cross College and a history teacher at the Commonwealth School, Boston.

Emily W. Kane, associate professor of sociology awarded tenure, is the author of the forthcoming article “Men’s and Women’s Beliefs about Gender Inequality: Family Ties, Dependence and Agreement,” which will appear in Sociological Forum. She has been an assistant professor of sociology at the University of Wisconsin-Madison, where she received the Chancellor’s Award for Excellence in Teaching and the Departmental Citation for Excellence in Teaching. She graduated Phi Beta Kappa and received her bachelor’s degree with highest honors from Oberlin College and received master’s and doctoral degrees in sociology from the University of Michigan. Kane has been teaching at Bates since 1996.

Cheryl M. McCormick, promoted to associate professor of psychology with tenure, specializes in developmental neuroendocrinology and neuropsychology. She has been a Natural Sciences and Engineering Research Council Postdoctoral Fellow in the Department of Psychiatry at McGill University and a lecturer in psychology at Concordia University. In August 1990, she received an American Psychological Association Science Directorate Award. A member of the Bates faculty since 1993, McCormick received a bachelor’s degree with honors in psychology from McGill University and a doctoral degree in psychology from McMaster University.

Georgia Nell Nigro, promoted to full professor of psychology, received the Kroepsch Award for Excellence in Teaching at Bates in 1989. She has been a member of the supervisory board for the Maine Court-Appointed Special Advocate Program, serving abused children, and a consultant for area community agencies handling cases of child abuse.

Nigro also has worked for local schools on an HIV prevention project, raising awareness about careers in math and science for middle school girls, evaluating a sexual abuse prevention program and assessing Lewiston 6th-grade students’ aspirations for the Lewiston Aspirations Partnership. Nigro has been named one of two 1998 recipients of the Maine Campus Compact (MCC) Faculty Service-Learning Award, one of the most prestigious awards for community service in the state of Maine. She has received the John W. Dallenbach Fellowship from Cornell University and a National Institute of Mental Health Fellowship. Nigro received a bachelor’s degree from Brown University, a master’s degree from Yale University and a doctoral degree from Cornell University.

Mary Rice-DeFosse, promoted to full professor of French, is the author of the forthcoming articles “Re-visioning Franco-American Identity in Maine” and “The Myth of Eurocentrism.” She specializes in the representations and discourses of history in the works of French novelist Gustave Flaubert. In addition to numerous research grants from Bates, she has received the Kathleen Curry Akers Award and was named a Feuillerate Fellow at Yale University, where she earned two master’s degrees and a doctoral degree in French. She graduated Phi Beta Kappa from Boston College and studied at Ecole Normale Superieure in Paris, where she also was an instructor of English. Since joining the Bates faculty in 1984, Rice-DeFosse has been chairwoman of the Department of Classical and Romance Languages and Literatures and director of the Bates Fall Semester Abroad in France program.

Bonnie Jean Shulman, promoted to associate professor of mathematics with tenure, specializes in mathematical physics and wave propagation in inhomogeneous media. In 1994, she received the Kroepsch Award for Excellence in Teaching at Bates, and she was a National Science Foundation Graduate Fellow from 1985 to 1988. She received a Hughes Teacher-Researcher Grant in 1997 to develop a new precalculus course at Hebron Academy with Tobin White, a 1994 Bates graduate. The author of several articles, including “What If We Change Our Axioms? A Feminist Inquiry into the Foundations of Mathematics” and “Implications of Feminist Critiques of Science for the Teaching of Mathematics and Science,” Shulman graduated Phi Beta Kappa and magna cum laude from the University of Colorado at Boulder, where she also received her master’s and doctoral degrees. Shulman has been teaching at Bates since 1991. 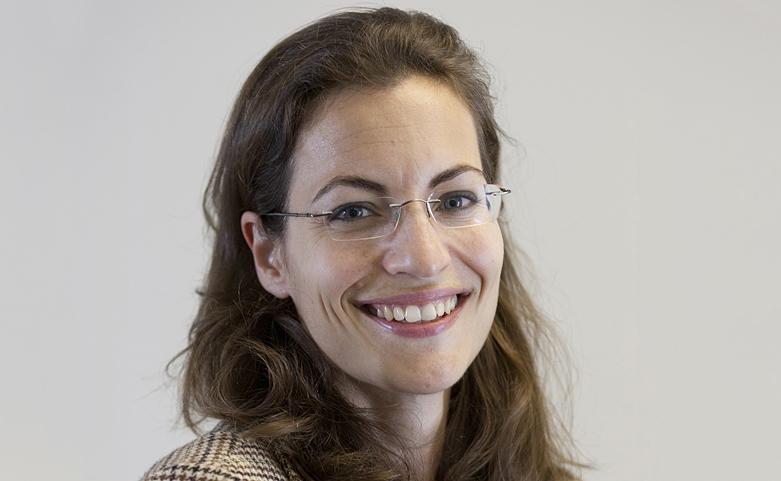