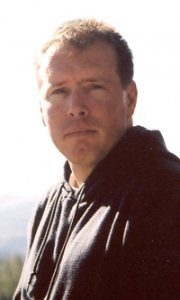 Turner earned an M.F.A. degree from the University of Oregon before serving for seven years in the U.S. Army. He was an infantry team leader for a year in Iraq with the 3rd Stryker Brigade Combat Team, 2nd Infantry Division. Previously, he deployed to Bosnia-Herzegovina with the 10th Mountain Division in 1999-2000.

Publishers Weekly describes Turner’s work as “straightforward and direct. It highlights the violence and death of the war in a manner little seen elsewhere.” New York Times Sunday Book Reviewer Joel Brouwer writes: “His poems about his tour of duty have a hurried quality, as if they had been drafted not back home in tranquil recollection but on the ground, in spare moments between patrols. As a result, his lines can have a terrific immediacy.”

Turner’s poetry has been published in journals, including Poetry Daily and the Georgia Review, and in the Voices in Wartime: The Anthology (White Press, 2005), released in conjunction with the feature-length documentary film of the same name. He lives in Fresno, Calif.

Turner’s Bates reading is cosponsored by the English department and Maine Chapter 001 of Veterans for Peace.