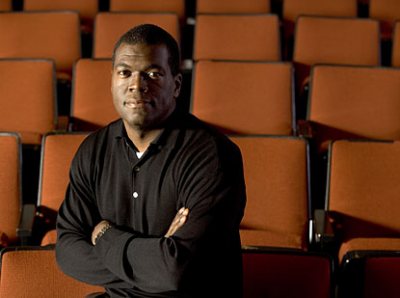 Associate Professor of Psychology Michael Sargent has received a grant of approximately $60,000 to support research into the brain’s ability to link moral principles with specific judgments.

Sargent’s grant is part of the Defining Wisdom Project of the University of Chicago, a worldwide scholarly project seeking to understand the nature and benefits of wisdom.

Sargent is exploring the consistency, or lack thereof, between people’s stated principles and the reasons that actually shape their moral judgments.

“Typically there’s a mismatch,” he says. “People may offer a justification for a judgment, but those won’t be the real reasons. People aren’t very good at identifying the actual operative principles that underlie their judgments.”

But, he says, some people actually do base moral judgments on their espoused moral code. “I simply want to know, what conditions have to hold in order for those two to align?”

The grant, which includes funds from the John Templeton Foundation, will support two years of research based largely on public surveys. While much of this work will be done in Maine, the grant will enable Sargent to conduct national online surveys reaching thousands of people.

The “trolley problem,” a hypothetical test case used by philosophers, is typical of the kinds of scenarios that Sargent will pose to his respondents. It goes like this:

A streetcar is hurtling out of control toward five individuals who are on the tracks. You are standing near a switch that can divert the trolley onto a side track — but there is one person on the side track. Should you flip the switch even if that one person will die?

“There’s at least a utilitarian argument to be made for throwing the switch,” Sargent says. “You throw the switch and one dies rather than five. One is less than five — it’s easy to make a case for doing that.”

But contrast the “footbridge problem.” Here the trolley is still hurtling toward the five individuals, but now you are on a footbridge overlooking the tracks. There is a man next to you who would be heavy enough to stop the trolley if he fell in its path. Should you push him?

In both cases, says Sargent, you would sacrifice one life for the sake of five. But typically, people who feel it’s appropriate to flip the switch in the first case say that in the second, it is morally wrong to push the heavy man in front of the streetcar. That distinction is typical of the discrepancies that interest Sargent.

Does the physical contact make the difference? Or is it the intentionality of an act? The so-called doctrine of double effect holds that it may be morally permissible to harm a person as long as that harm is not intended, even if it is foreseen. Pushing the fat man off the bridge would intentionally harm him, whereas flipping the switch would have the intention of saving the five and the unintended consequence of killing the one.

In the long term, Sargent says, the implications of this research could reach beyond psychology. There’s an obvious connection with the law. “Ultimately, the hope is to be able to speak not just to moral judgment, but perhaps even legal judgment,” although making such a connection is only speculative at this point.

Sargent is one of the year’s 23 recipients of a Defining Wisdom Grant. With $2 million in funding from the Templeton Foundation, the project was created by the University of Chicago’s Arete Initiative, which explores ways to catalyze broad-based interdisciplinary research.