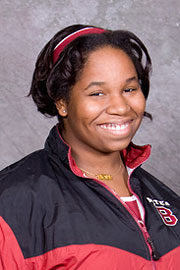 Duncan also came up just short of claiming a second All-America award in these championships on Saturday in the shot put, making the finals but finishing in ninth place with a top heave of 13.10 meters (42-11.75). Duncan was seeded 15th in the event going in.

Duncan’s top hammer throw of 52.29 meters (171-6), qualified her for the nine-athlete final. It is her first outdoor All-America award, after twice achieving the feat at the NCAA Indoor Championships in the weight throw.

Video: All-Americans and friends, these throwers ‘like to scrap a little,’ too