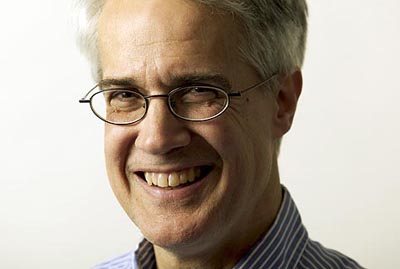 If you’re a student in Professor of Psychology John Kelsey’s neuroscience laboratory, you might get a chance to co-author a research article. And if you’re Kelsey, your students might inspire you to explore a new area of neuroscience. “My research is done with my students and through my students,” says Kelsey.

Over the years, around 50 of your students have published research with you. How do students get their names on a paper?

They have to contribute in some fundamental way to the ideas. If you hire undergraduates as techs, where they’re mostly doing the nuts and bolts, it’s tricky deciding if they’ve made a sufficient contribution to warrant authorship. But since most of my work is done around the senior thesis, ideas usually originate jointly. The students and I bounce ideas off each other and reformulate them. It’s a real give-and-take, so they have ownership of the ideas before they even start.

Using a rat model, much of your and your students’ research focuses on behavior around opiate addiction.

For a long time, the theory was that an addict was motivated by the aversive effects of withdrawal, what we call negative reinforcement: You take the drug to get rid of an aversive state. Later researchers, particularly Roy Wise, argued that positive reinforcement is critical: You take the drug because you like it. My and others’ work in the 1990s suggested that both reward and withdrawal are important.

Do the research topics change year to year in your lab?

In science, you usually make a find and then build on it. I tend to jump around. The first research we did on Parkinson’s disease was on NMDA receptors, special kinds of glutamate receptors that are heavily involved in learning. Then we switched to adenosine — completely unrelated, in some sense. This year we’ve switched to opiates and cannabinoids! I think a lot of it is me. I get bored; let’s jump around.

How do students react to this approach?

I think students like to delve into something new each year instead of feeling that they’re merely following up on Joe’s result on NMDA receptors.

What do you do to attract students to neuroscience or psychology?

One skill that I have, and I don’t have many, is recognizing good students early on and getting them interested. If I hear that so-and-so is good but hasn’t taken one of my classes, I’ll twist their arm a bit.

What if a student has divergent interests?

Katy Reedy ’06 was interested in psychology and creative writing. I encouraged her, and she majored in psych and after graduation did research with my former student, Bill Carlezon ’86, director of the Behavioral Genetics Laboratory at Harvard’s McLean Hospital. She’s now in graduate school…in English! I do feel a little guilt — maybe if I hadn’t been so pushy about neuroscience she would’ve stayed in English at Bates.

On the other hand, my thesis student Lisa Genova ’92 got her Ph.D. in neuroscience and just wrote a novel, Still Alice, about a fictional Harvard professor who develops Alzheimer’s. It was recently bought by Simon & Schuster.

What’s it like having a cadre of alums out there who’ve been through your lab?

When I go to the Society for Neuroscience and see 12 or 15 alums there, it’s terrific. At a place like Bates, you wonder, “What’s my legacy?” Research will be the legacy for some Bates faculty, and I publish regularly but it’s not earth-shattering. Research won’t be my legacy, as much as I would like it to be. It will be the alumni I’ve taught.

What qualities do you seek when the psychology department hires a new member?

A lot has to do with work ethic. We take this job and the students seriously, and we like and respect each other. We don’t socialize as a department; we don’t often meet that way. We basically do our job and we know everyone else is doing their job. So we have absolutely implicit trust in each other.

When you arrived in 1979, who modeled that ethic for you?

Bob Moyer and Drake Bradley would get up at 4 a.m. to get in here. Bob would go home eventually but Drake would be here all night. It was pretty clear those two had nothing in their lives but Bates! Dick Wagner was the chair. He hired well and was such a good mediator; he got people to work together. And, he did the administrative stuff so we didn’t have to futz with it. He protected us.

Were Drake and Bob here all hours for their students or their own research?

It was mostly student-driven, but that’s how we do our research. Research, teaching, and helping students are so commingled we can’t differentiate among them.