Bates College alumni from diverse backgrounds involved in the arts talk about their work in four events taking place Sept. 24-26, as part of the college’s Alumni Homecoming Weekend. 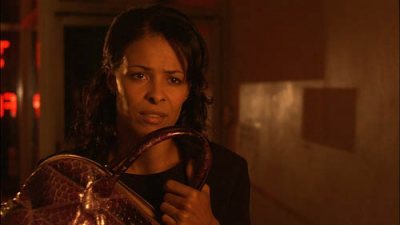 Sponsored by the college’s Multicultural Center, the Multicultural Alumni: Diversity in the Arts events are open to the public at no cost, but two events require RSVPs. For more information, please call 207-786-8376.

Open all weekend and beyond is the exhibit Two Sistahs Explore Double Consciousness in Their Postmodern Worlds, showcasing the artwork of NaKeisha Gumbs, a member of the class of 2007, and Tonya Taylor, of the class of 2002. The exhibit opens with a reception at 4:30 p.m. Friday, Sept. 25, in Bates’ Chase Hall Gallery, 56 Campus Ave, and runs through Oct. 3.

Gumbs received her bachelor’s degree in African American studies and in art and visual culture. She completed a graduate research program at the Ralph E. Bunche Center, University of California Los Angeles, where she researched the pedagogy of African American art as a form of social-justice education.

An award-winning film with a screenplay by Angela Perkins Palmer of the class of 2000, Spent! will make its debut at 6:30 p.m. Friday in Chase Lounge, 56 Campus Ave. A discussion follows the screening.

Spent! is the story of Cheryl Johnson, a woman who seems to have it all. But she also has a secret: a shopping addiction that soon gets out of hand.

At Bates, Palmer was active in radio and theater, and attended a French language program at McGill University, in Montreal. She worked as a production assistant in New York City for more than three years, gradually taking on positions such as production coordinator and assistant director. As a screenwriting fellow at the AFI Conservatory, she has had three of her short screenplays produced.

Presenters include Neeraj Mahadoo of the class of 2001, discussing Mauritius; Theresa Mendoza-Barbare ’00, discussing the Philippines; and Leanne Cunningham, ’08, discussing Jamaica.

The series culminates in the brunch and panel discussion Using My Head: Choosing the Scholarly Life at 11 a.m. Sunday, Sept. 27, in Room 221 of the New Commons Building, 136 Central Ave. Panelists include Stephen Gresham of the class of 2003, Tasha Hawthorne ’97, Sze-Wei Ang ’01 and Arda Gucler ’07.

Seating is limited and an RSVP is required.