By Bates Magazine. Published on February 4, 2011

Paul Barrett ’80 is a U.S. Fish and Wildlife Service expert on the endangered Devil’s Hole pupfish, several of which appear in this photograph. 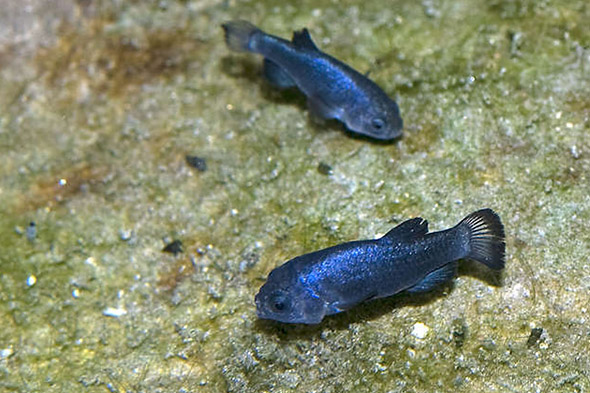 Only around 100 of the pupfish exist, dwelling in a geothermal pool within a limestone cavern in Death Valley. When last spring’s Baja California earthquake roiled the pupfish pool, a permanent monitoring station caught the sloshing on underwater video — some of the action looks like a slowly exploding lava lamp.

Barrett told The New York Times that the splish-splashing may have been a “good thing” for the fish because it stirred up nutrients and removed silt from a ledge where fragile fish larvae spend their early days. In any event, he adds, the video is just “pretty phenomenal” to watch.