Pless is the new NCAA Division III indoor champion in the shot put. Waldman placed sixth at the national meet in that event. Murtagh was sixth in the 35-pound weight throw. 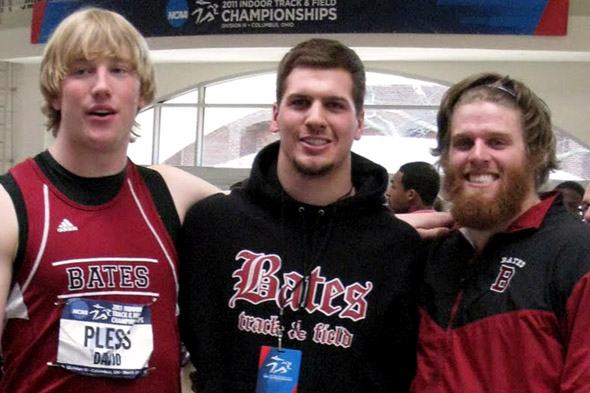 Solloway notes that “their story could end” with their athletic achievement, but the three throwers “have a back story that begins in sorrow.” That involves the late Joe Woodhead, the legendary Bates throwing coach who died in October from a heart attack at age 76.

“He cared about the athlete,” said Pless. “If you respected him, you got the respect back. I could feel him [at the national meet in Columbus, Ohio]. When I stood in the circle, he was the wind beneath my feet.” View story from The Portland Press Herald, March 25, 2011.