Thirty years ago last Monday, Nov. 11, at halftime of what would be a lopsided loss for the Bates football team, an announcement came over the Garcelon Field PA speakers: Over at Alumni Gym, the undefeated volleyball team was about to begin its championship match in the Eastern College Athletic Conference tournament.

“We never really had many fans,” recalls Laurie Plante Graumann ’90, a senior middle hitter on the 1989 team. But as word spread on campus after the halftime announcement, people flocked to Alumni in a scene ripped from a Hollywood screenplay.

“The gym was packed with people cheering for us!” Plante Graumann says.

The Bates fans that day saw history in the making. Led by fifth-year coach Marsha Graef, the Bobcats were 35-0 and hosting St. John Fisher for the ECAC title, during an era when the regional championship was the furthest a NESCAC team could advance. 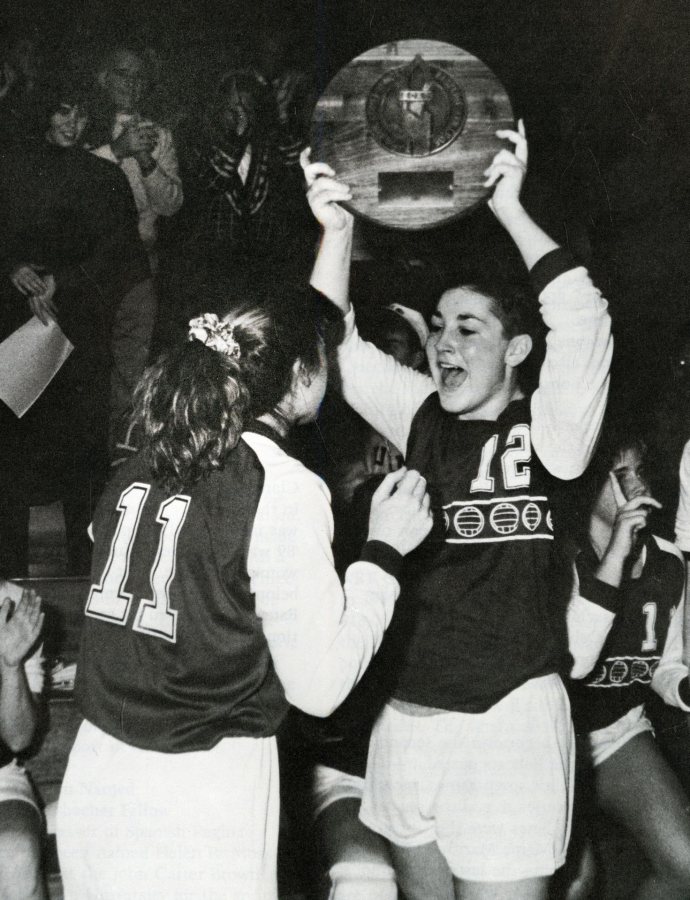 “I never guessed at the beginning of the year that this would happen,” Graef said to The Bates Student. “We had a tougher schedule this year and thought we might drop a match here and there, especially at the Ithaca and Eastern Connecticut tourneys. But this team is the best that I have ever coached.”

Graef came to Bates in 1985 and started building the Bates volleyball program into what the Student called “a quiet dynasty in our midst.” Jumping from a .500 record the year before to a 28-7 mark in ’85, volleyball soon became the school’s winningest team.

Watch how fifth-year head coach Melissa DeRan and the current Bobcats are reconnecting with the alumni who established a tradition of success.

“She was the most positive, energetic coach I’ve ever had,” outside hitter Emily Gabler ’87 says of Graef. One of the most admired coaches in the college’s history, Graef died in November 2015.

“Marsha not only motivated us as a team, she also customized her coaching to each individual player. So she was immediately effective.”

In an era when walk-on players could often make a big impact, Gabler played a key role in making the Bobcats the class of New England by “recruiting” a powerhouse outside hitter, Rachel Clayton ’90.

Clayton arrived on campus in 1986. Initially, she was focused on playing softball for Bobcat head coach Sherry Deschaine. She did that very well, setting numerous Bates records that still stand. Her only volleyball experience was in high school in the ninth grade. 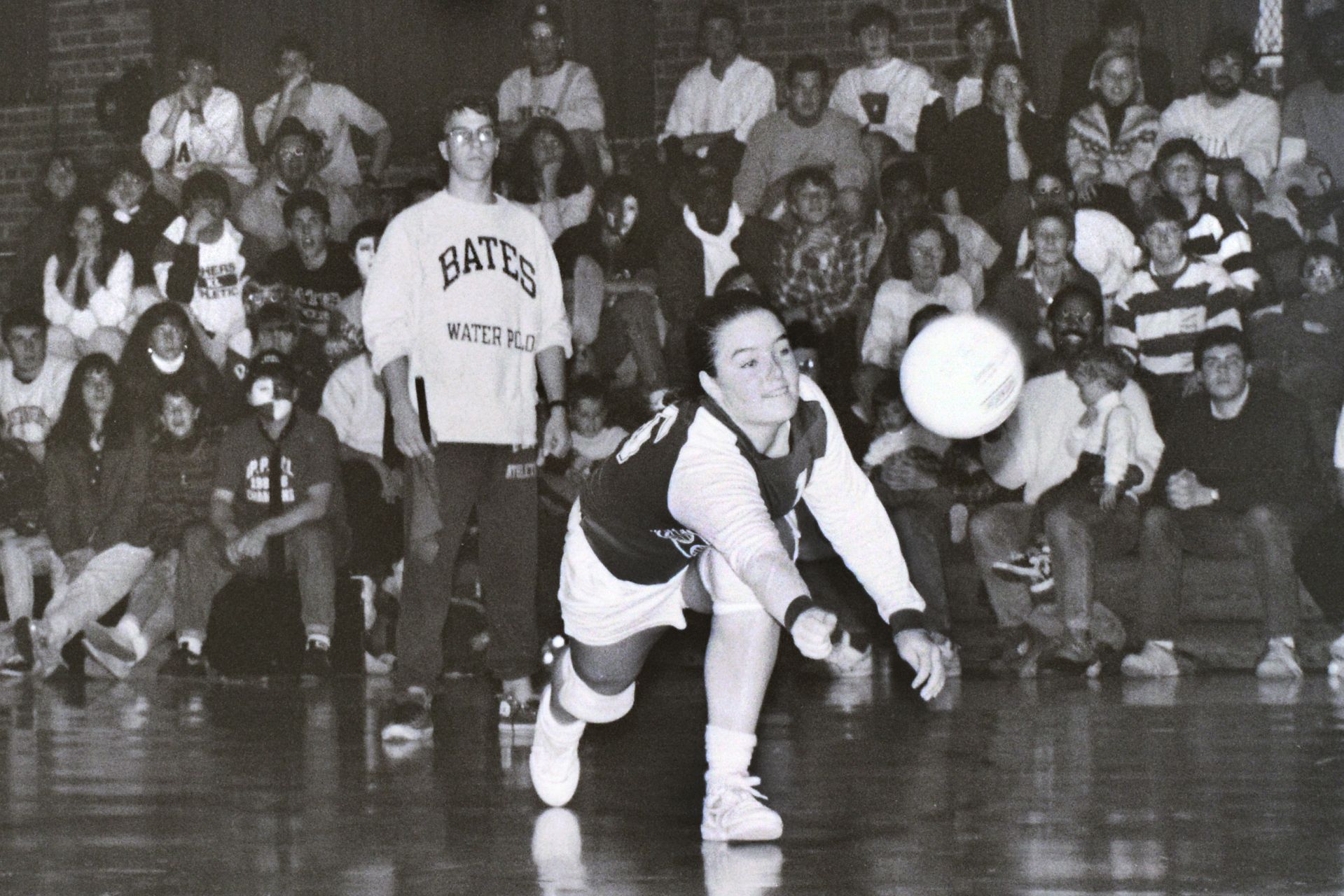 Gabler, meanwhile, was still on campus as an assistant coach on Graef’s volleyball staff. After seeing what Clayton did athletically on the softball diamond, there was no doubt in Gabler’s mind that the 5-foot-11 Clayton could succeed on the volleyball court.

“Everything fell into place once Rachel joined the team.”

Gabler “taught me how to play volleyball,” Clayton says. “During the summer of ’87, we worked at one of the gyms in my hometown, and I learned how to play. It was very difficult.”

The hard work paid off. Over the course of her career as an outside hitter, the Bates volleyball program won 111 matches while only losing eight.

“Everything fell into place once Rachel joined the team,” Plante Graumann recalls. “Opponents were very afraid when she was hitting the ball. She brought so much power to our game and could put the ball away anywhere on the court.” 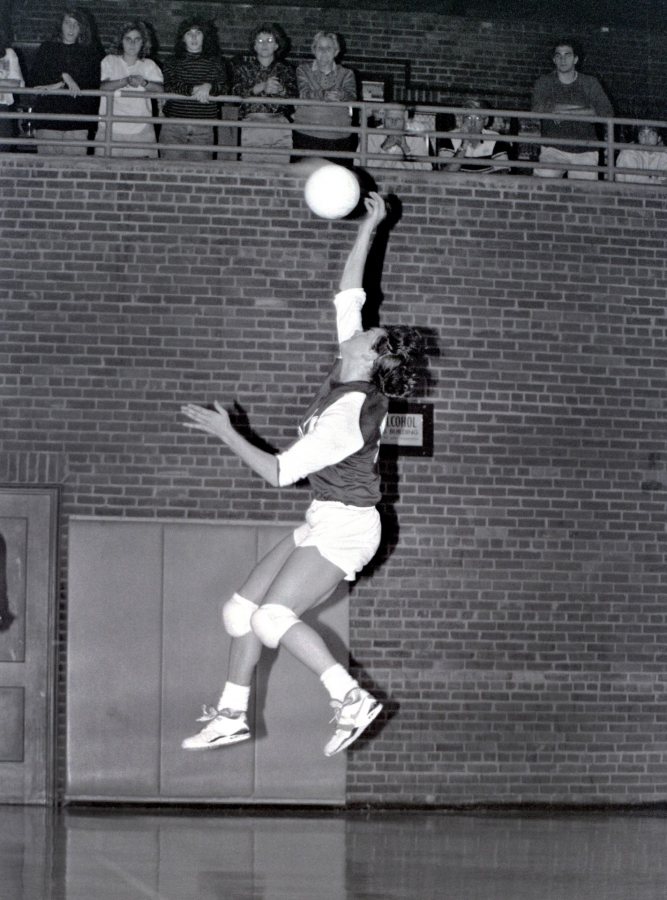 “Laurie keeps complimenting me but I don’t remember being that good,” Clayton says. “I could pick up sports fairly easily, but volleyball has such a specific skill set. I had to really work at it.”

During the undefeated season, Clayton became the first All-American in the volleyball program’s history, tallying 346 kills.

Clayton was the team’s All-American, but across the board, the ’89 team credits setter and co-captain Michele Feroah ’90 for making the Bobcats a well-oiled machine.

“Michele had ridiculous hands, she could get to balls that no one else could, and she could back set on her knees,” Clayton said. “Just a phenomenal player.” 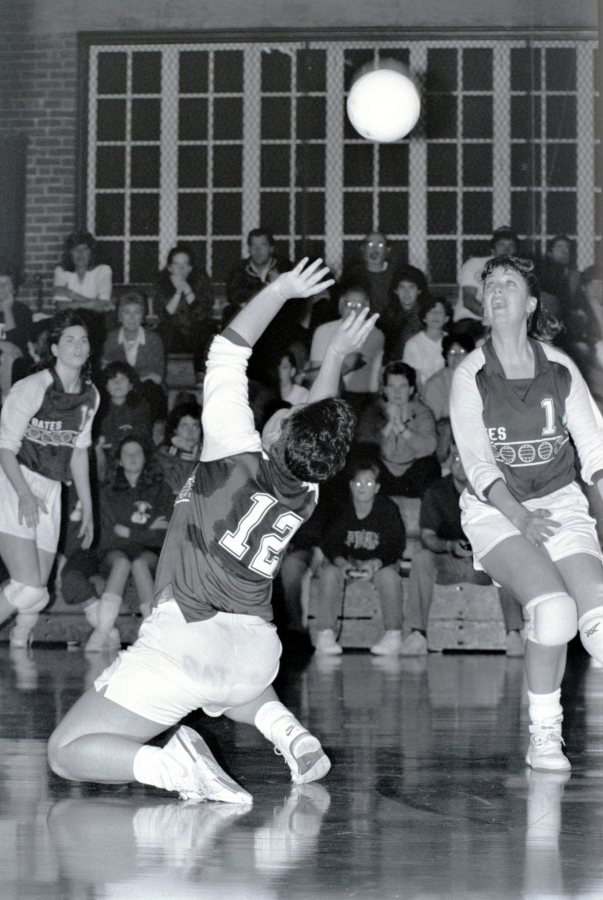 “The ball could be coming hard at her and she could control it and set it so it would just hang in the air and you could just go get it,” Plante Graumann said. “She was a joy to play with.”

Feroah’s success as a setter — she ranked fifth in the country in assists per game — was such that after the season she was featured in Sports Illustrated’s “Faces in the Crowd.”

Student beat reporter Peter Carr ’91 had a court-side seat for every home match.

“Michele could set a ball from anywhere on the court,” Carr said. “No disrespect to Rachel, but she owes a lot of credit for her season to Michele. Michele made that team run.” 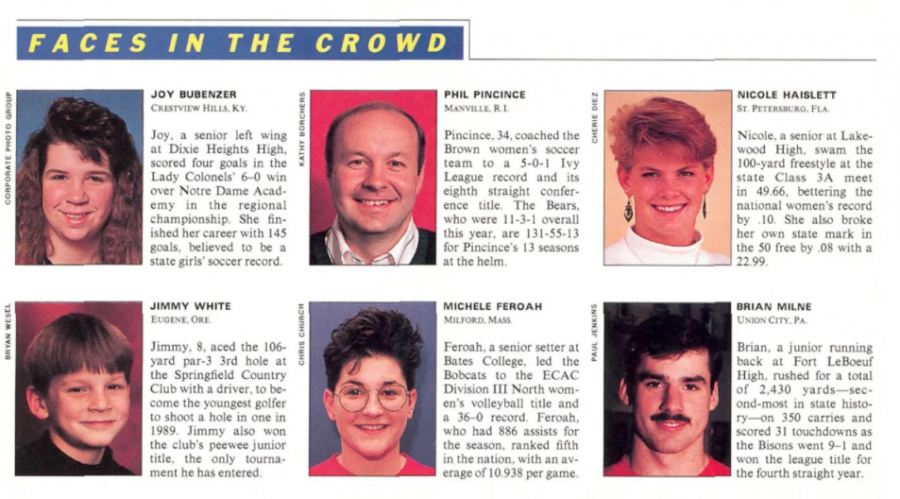 Carr worked diligently to get the word out about the volleyball team’s success via The Bates Student and the Bates sports information office.

But at first, the only people with him at the matches were paid to be there.

“I remember early in the season there was no one at the matches besides my roommates who called lines,” Carr said. “I became very close with the players, so when the rest of the campus started to get excited about the team and what they were doing, that was great and well-deserved.” 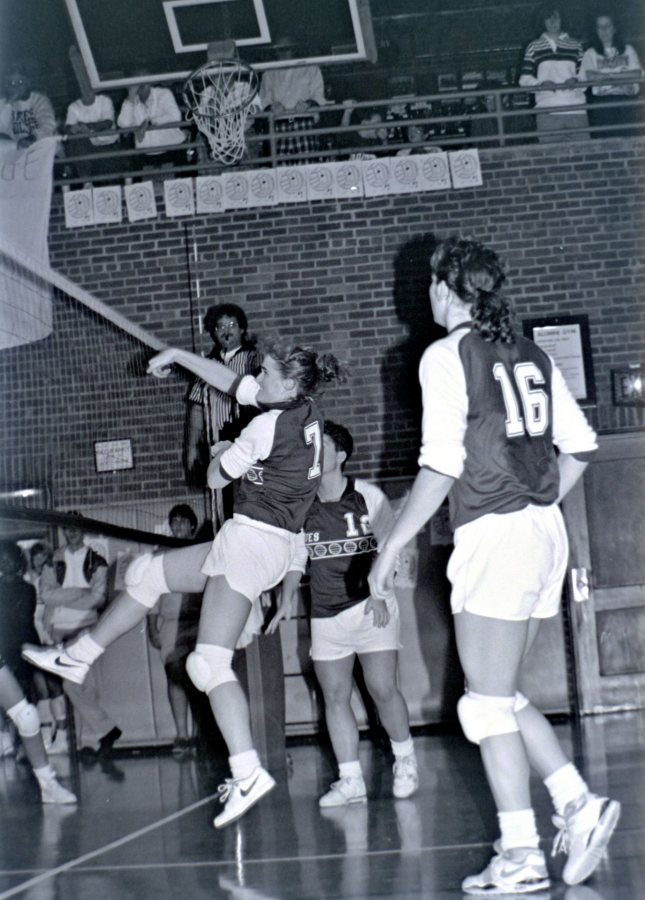 As the 1989 season rolled along, Bates racked up wins at tournaments throughout the Northeast.

The players embraced a trip to upstate New York in October, where Bates was actually an underdog.

“What stands out for me is the Ithaca College tournament when we went up against Cortland State,” middle hitter Julie Roche Simplicio ’91 said. “They were a powerhouse in the New York system and we were this small liberal arts school in Maine.

“We traveled 10 hours in a van and, sure enough, we took the win. That was the pivotal point in the season.”

The win over No. 10 nationally ranked Cortland State propelled Bates into the national rankings themselves. An undefeated season became a possibility.

Rosters, game programs, and statistics from the 1989 volleyball season. 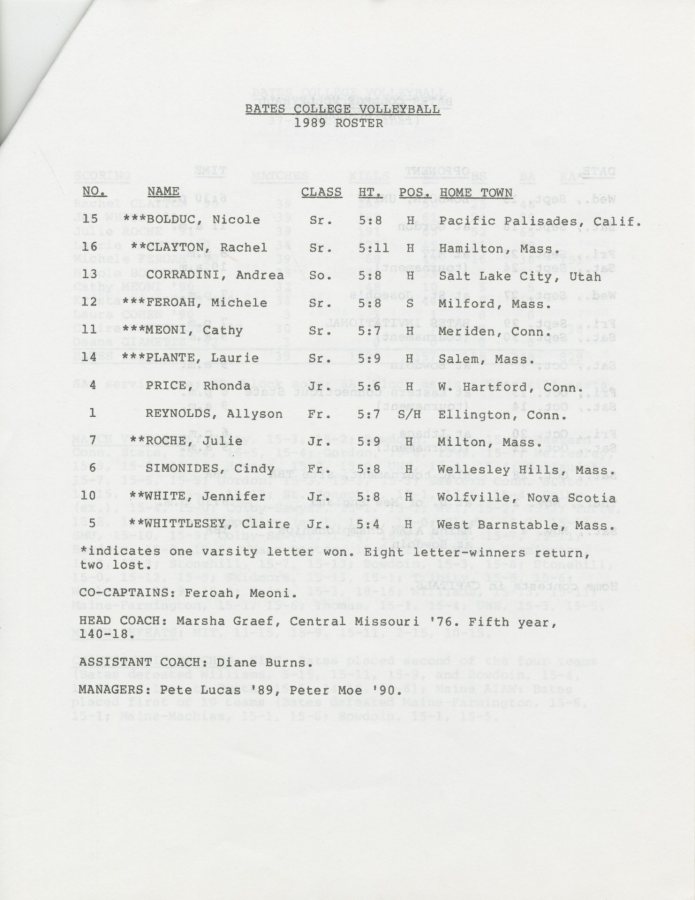 “I don’t remember any nerves at all,” Clayton said. “It never hit us during the season that going undefeated was a thing.”

The possibility then became reality, though for Clayton it seems like a dream.

From 1988 to 1990, the Bates volleyball team won 51 consecutive matches. But NESCAC rules prevented Bates from competing in the NCAA Championships.

“We were all really disappointed that teams we beat were going to nationals and we couldn’t,” Plante Graumann says. “My dad talked to Marsha about that, and she said to him, ‘Mr. Plante, you sent your daughter to Bates to get an education, and that is the No. 1 priority. And that is why we end after ECACs.’ 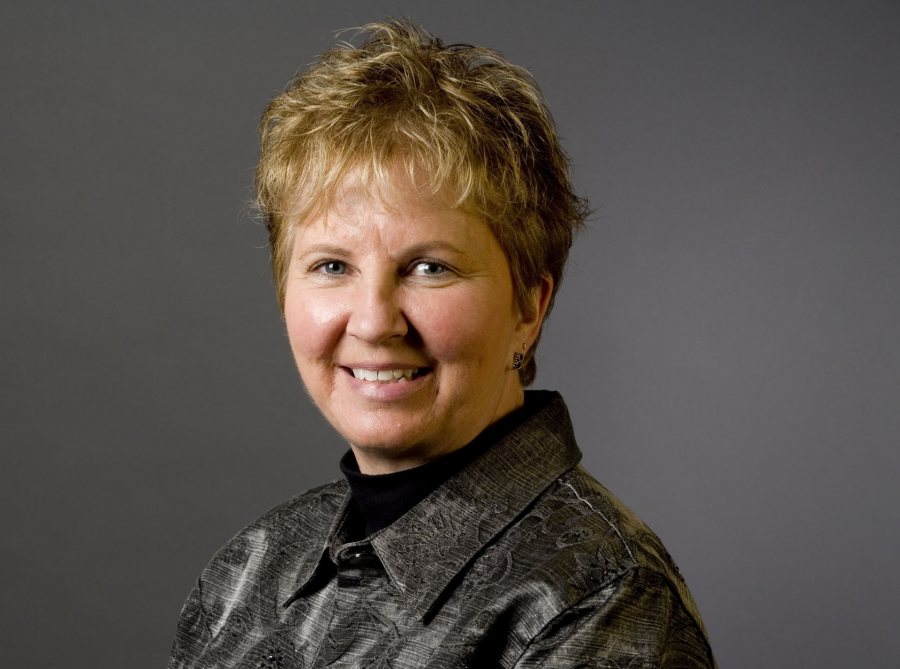 Washington University won the national title in 1989 with a record of 39-6. Bates finished its undefeated campaign ranked 10th in the country. Only two women’s volleyball teams that have won an NCAA Division III championship have also recorded undefeated seasons.

In 1993, the NESCAC dropped its NCAA ban and Bates promptly went 41-9, advancing to the regional semifinals.

“It would have been great to see how far we could have advanced with the talent we had in 1989,” Roche Simplicio says. “We had so many great players, and as we grew together as friends off the court, that translated onto the court. We had each other’s backs.”

Graef led the volleyball program for 14 seasons and the women’s basketball team for seven. Her players felt comfortable talking to her and, after the team’s 1989 ECAC win, Graef showed she knew how to have fun as well. 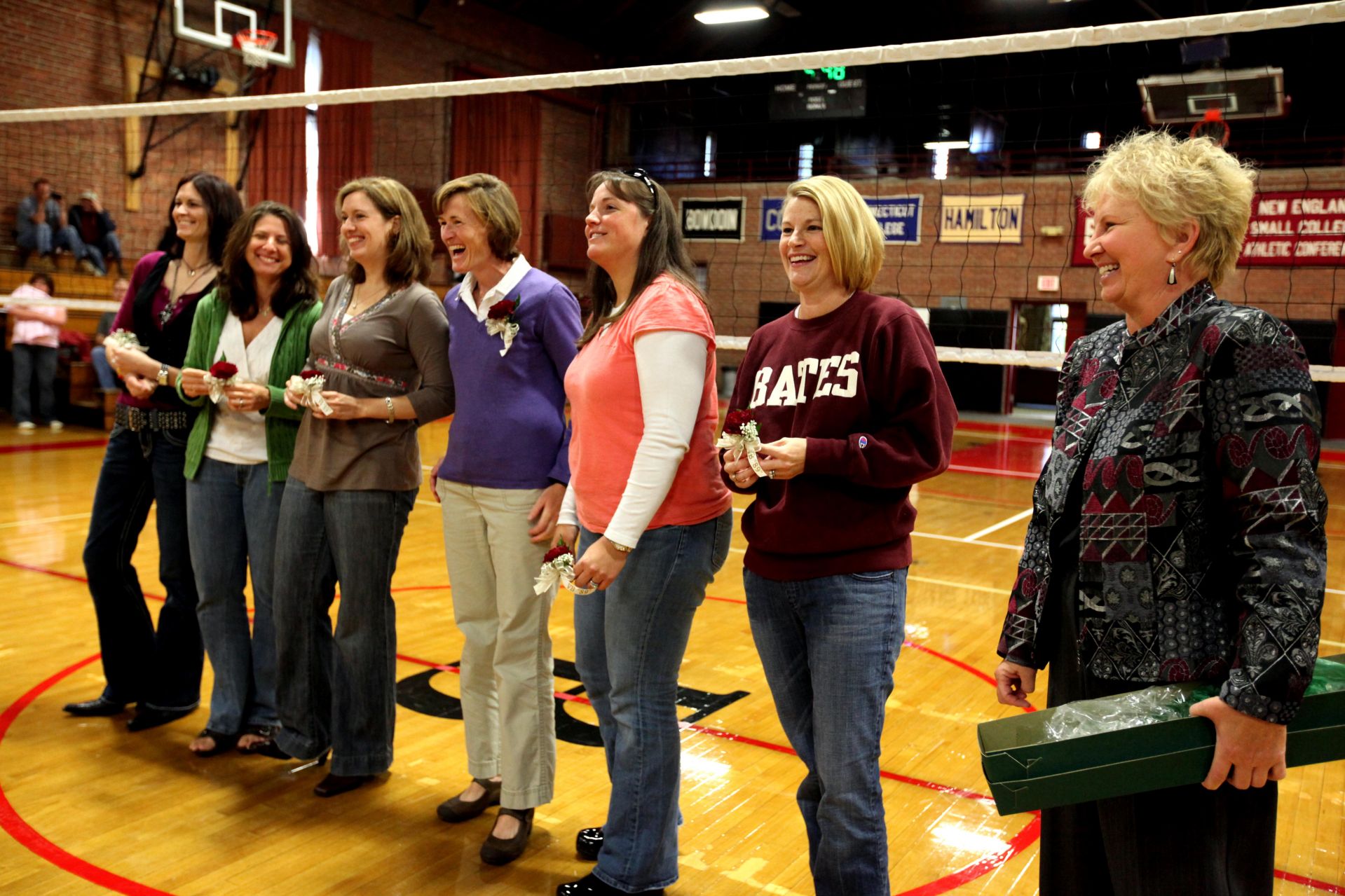 “We had a keg,” Plante Graumann recalls. “And Coach did a keg stand! Seeing Coach do that was just crazy. But she was happy right along with us, she was as much a part of that season, if not more, than we were.”

In 1998, Graef moved from coaching to athletics administration as coordinator of physical education and club sports. Appropriately enough, her final season at the helm of the volleyball team netted yet another ECAC North championship. She retired in 2013, and died at age 61 after a three-year battle with pancreatic cancer.

Even while battling cancer, Graef still went above and beyond for her former players.

“I remember when I was inducted into the Scholar-Athlete Society in 2015, she was in the middle of one of her chemo sessions,” Clayton says. “And she came up [to Bates] from wherever she was and presented the award to me.

“She was an amazing woman.” 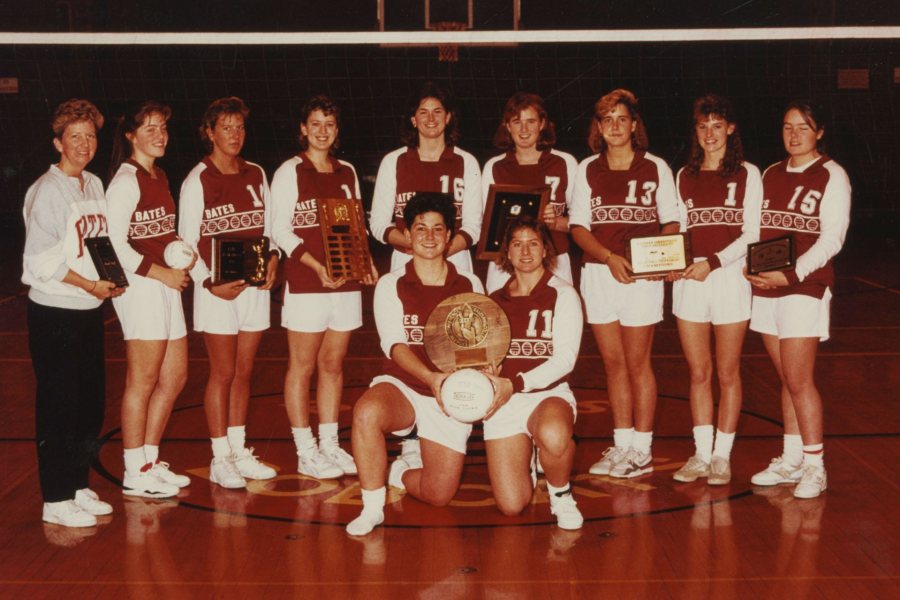