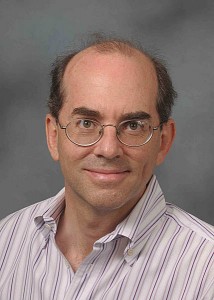 The talk, titled The Fate of Galaxies in Clusters, is intended for a mainstream audience and is open to the public at no cost. For more information, please call 207-786-6490.

Clusters are the harshest environments for galaxies, and in clusters galaxies undergo many processes that change them. Some are changed by gravitational disturbances including collisions or mergers, whereas others have their star-forming gas stripped out from the stars, leaving “dead” spiral galaxies.

Focusing on disturbances in the Virgo cluster, which consists of 1,300-2,000 galaxies and is the nearest to Earth, Kenney will explain how scientists determine which processes have acted on the galaxies and how they interpret the consequences of these interactions for galactic evolution.

In his research, Kenney explores trends in cluster interactions through targeted studies of individual galaxies, using data from ground- and space-based telescopes, including the Hubble and Spitzer telescopes.

Kenney graduated from Bates in 1980 with a degree in physics and earned his doctorate in astrophysics at the University of Massachusetts Amherst in 1987. He joined Yale’s faculty in 1991 and chaired the astronomy department from 2005 to this year.