Figuring out where to store your stuff — the futon, the mini-fridge — over the summer is a perennial problem for dorm-dwelling college students whose homes are far from campus. Many opt for self-storage units, a safe but expensive solution. 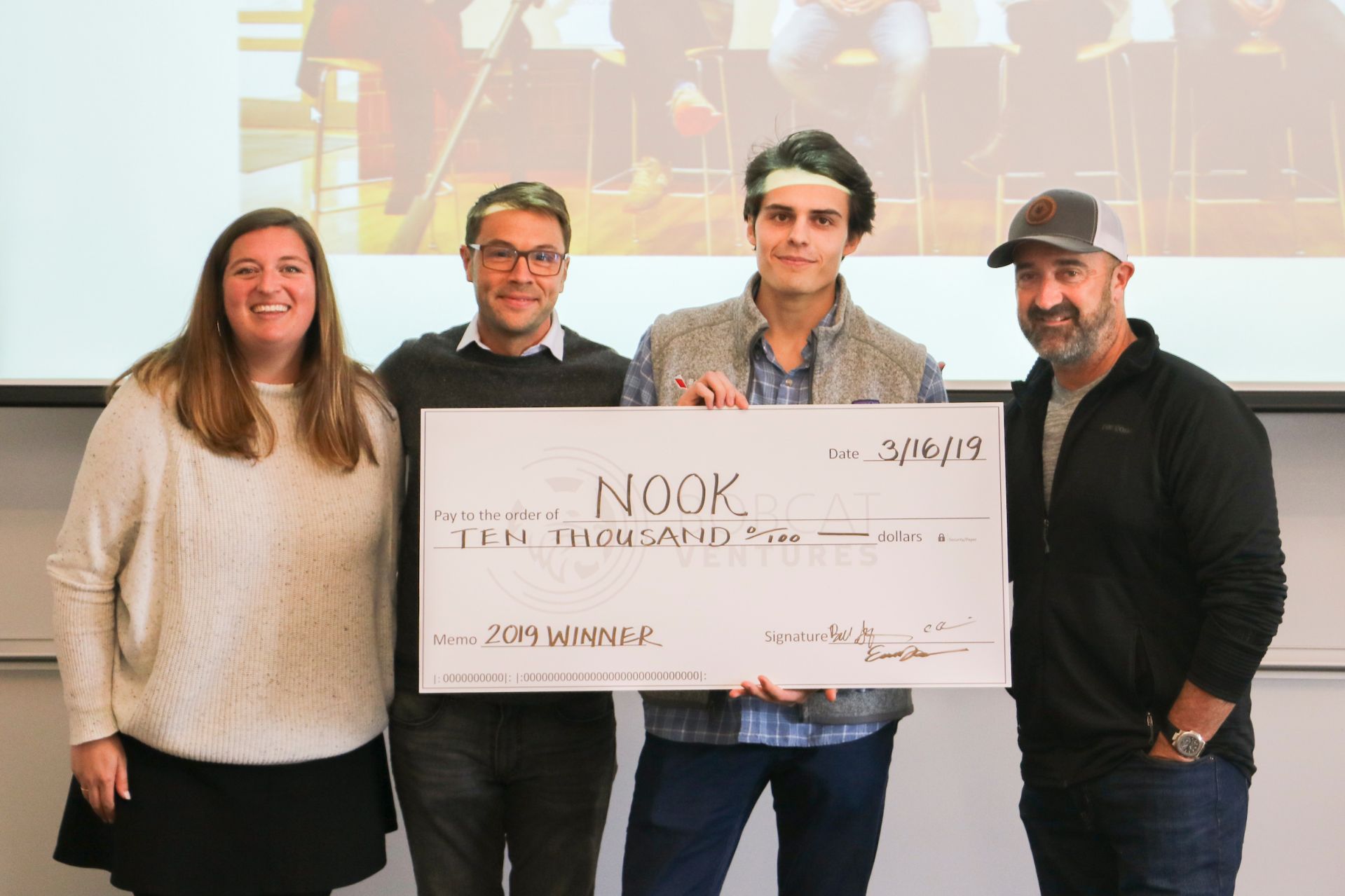 Emma Sprague ’10, one of three alumni who judged the competition, said Nook had the combination of the right idea and the right leader.

“George presented a calm confidence that was incredibly compelling,” said Sprague, a Bates trustee and co-founder of leadership development group Upswing Strategies. “It was clear he’d poured energy and thoughtfulness into the business and the pitch, and would bring steadiness and determination to Nook’s execution.”

Bobcat Ventures is a student-run group, supported by the Center for Purposeful Work, that promotes entrepreneurship with year-round workshops, alumni visits, and the signature annual pitch competition.

Evaluating the eight pitches this year were alumni judges who themselves have plenty of entrepreneurial experience: Sprague was joined by fellow trustee Chris Barbin ’93, co-founder and CEO of IT firm Appirio, and Ben Schippers ’04, cofounder of web and mobile app developer HappyFun Corp.

“The biggest thing that has helped us grow is just, talk to as many people as you can, get as much advice as you can.”

The Nook concept, DeLana says, is simple: “Homeowners living in college towns, around universities, who have an empty space like a garage or an attic or a guest room, can list their space.”

A 10-by-10 unit at the U-Haul’s storage operation in Auburn runs at about $115 a month. A similarly sized space in someone’s garage through Nook would be about $50, DeLana says. Nook itself would take a commission from the hosts and charge a service fee to the renters.

While other startups around the country have begun to occupy a similar space as Nook, DeLana believes his team will be able to execute the idea better than others.

To gauge interest, DeLana, whose business partner is Rachael Rosow ’18, pitched the idea to his classmates, who seemed enthusiastic. He also knocked on doors on and around College Street and found several homeowners willing to sign up — so far, tentative commitments total 4,000 square feet of space, he says.

“The biggest thing that has helped us grow is just, talk to as many people as you can, get as much advice as you can,” he says. “Ask them, ‘What am I doing wrong?’”

Repeating and refining the pitch was a winning strategy at the Bobcat Ventures competition. Taking the $5,000 second prize were Shane Ward ’21 and Isabella David ’22, who presented an idea for a room-cleaning service.

The alumni judges based their evaluations on three criteria, said Sprague: the passion and polish of the presentation, and the potential of the project.

It should be clear throughout the pitch, said Barbin, that the entrepreneur is excited about the project.

“From my entrepreneurial experience, the path and the journey is a huge part of the fun,” Barbin said. “It’s not just selling off the company or getting the next big customer win, but enjoying the process of it all.”

DeLana, a mathematics major, plans to spend time after graduation focusing exclusively on Nook: He and Rosow want to launch it in Lewiston-Auburn this spring, in time to meet the demand for summer storage. 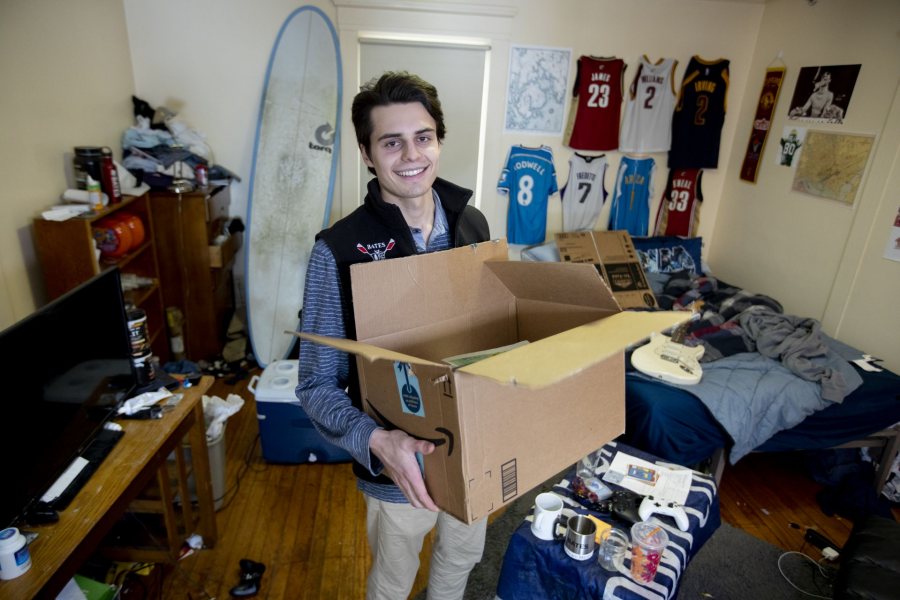 George Delana ’19 poses in a room at Nash House, a student residence on College Street, where his friends live with many of the kinds of possessions that require summer storage. (Phyllis Graber Jensen/Bates College)

They created a rudimentary website before the competition and will use the prize money to improve it. DeLana himself will be the company’s first quality control officer, evaluating potential storage spaces.

He and Rosow hope to expand to Boston, where just 1 percent of the city’s student population would represent 1,000 potential customers.

Making a successful pitch, he says, involves a lot of pitches that miss the mark.

“Writing a pitch, pitching it to as many people as you possibly can, asking everybody afterward what you did wrong, and being open to what they have to say,” he says. “That’s the biggest thing — pitching a hundred times and receiving criticism.”