Various Missouri media outlets, including the St. Louis Post-Dispatch, note the appointment of Jason Hall ’97 as head of the state’s Department of Economic Development.

Hall has run the quasi-governmental Missouri Technology Corp. since 2009. According to the Post-Dispatch, he’s “been one of the state’s pointmen on efforts to grow high-tech and science jobs. He also helped to craft MOSIRA, the fund recently approved by lawmakers to spark investment in those areas.” 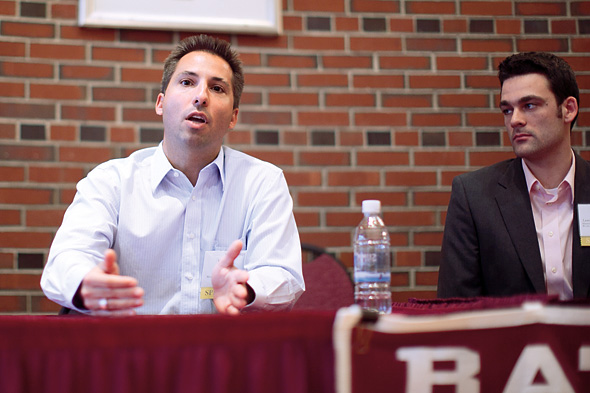 Jason Hall ’97 makes a point during a 2010 Bates Homecoming panel discussion on LGBT career issues as Bates PRIDE founder Larry Handerhan ’05 looks on. Hall is the new director of the Missouri Department of Economic Development. Photograph by H. Lincoln Benedict ’09.