The departure of longtime managing editor Robert Long ’79 from The Times Record of Brunswick, Maine, did not go unnoticed by readers, thanks to a brief but heartfelt item tucked into the daily’s June 20 edition.

Written by nine current and former staffers, the public thank you praised Long for bravery under fire, as it were. 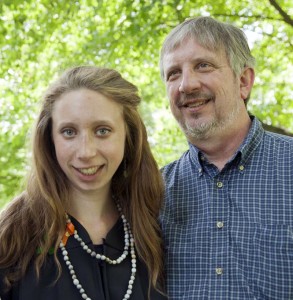 “During difficult financial times for nearly all media organizations — and arguably for print publications most of all — Robert held strong to his guiding belief that The Times Record should promote local news and photographs above all else,” the staffers wrote.

While some newspapers decrease their local news coverage in favor of easily and cheaply obtained wire-service stories, “Robert continued to push his staff of journalists, editors and page designers to deliver relevant and high-quality stories and pictures from the Mid-coast area.

“Perhaps more difficult to quantify is Robert’s touch in managing The Times Record’s newsroom team. Robert is realistic and flexible, but still motivates journalists to do their best work…. His impact as a mentor for aspiring professionals, and in the field of journalism in Maine, cannot be overstated, and he remains a valuable sounding board and trusted coach, even for former newsroom workers and interns who have gone on to win awards, join larger media outlets, and pursue ambitious careers in politics, theater and law.”