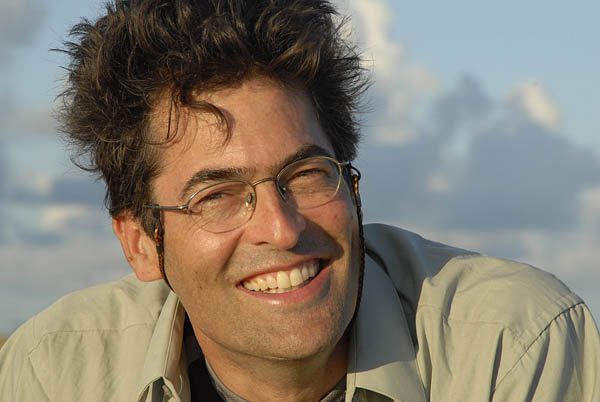 Titled Encountering Midway, Jordan’s presentation is the 2012 Otis Lecture at Bates. A reception in the Olin Arts Center lobby follows. Supported by the Philip J. Otis Endowment, the event is open to the public at no cost, but tickets are required; please contact olinarts@bates.edu. For more information, please call 207-755-5978.

Jordan’s subject at Bates, his Midway: Message from the Gyre project, explores the death of albatross chicks from plastic waste fed to them by their parents. Foraging in a section of the ocean known as the Great Pacific Garbage Patch, a massive vortex of trash that is changing the Pacific’s ecology, the adult albatrosses pick up the plastic along with their regular food. Jordan’s images include heartbreaking depictions of the plastic lingering in the decomposing corpses of juvenile birds.

“Talking to Americans about consumerism is like talking to someone with an alcohol problem,” Jordan told Orion Magazine in 2007. “Our culture is in deep denial about what we are doing to our planet.” What might be most tragic, he added, “is that we are in denial about how our consumer lifestyle is sapping our own spirits.”

His images, often beautiful and always compelling, confront the viewer with the consequences of heedless consumerism — particularly the mind-bending quantities of waste left by the production and disposal of consumer goods. In other projects, he has composed thousands of photos of waste items into replicas of familiar images; depicted the aftermath of Hurricane Katrina; and rendered captivating images of discarded cell phones and junked cars.

Formerly a lawyer with a passion for photography, Jordan took up camera work full time in 2003 and is now a preeminent environmental artist. He has exhibited widely in the U.S., Europe, and Asia and received numerous awards including the Sierra Club’s Ansel Adams Award for Excellence in Conservation. His work appeared in the 2007 Bates College Museum of Art exhibition Green Horizons.