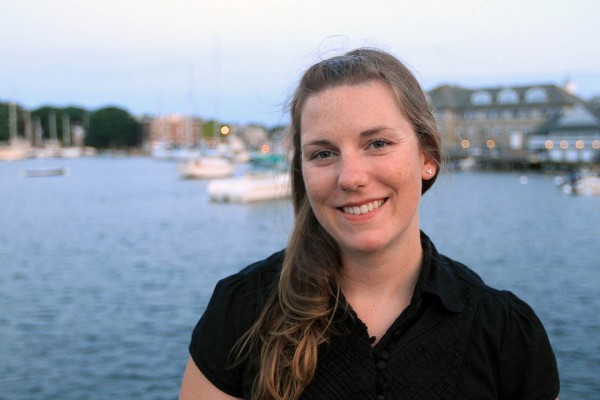 In a sense, Bates biologist Larissa Williams studies the process of evolution as it happens. “I look at the differences between the genomes of animals that live in clean places and in polluted places to find suggestions of how they survive in the polluted environments,” she says.

An aquatic toxicologist, Williams was appointed an assistant professor of biology in August 2012 and began her service at the college this month.

Working with fish, Williams has studied how contaminants and other environmental changes shape evolutionary responses. She also looks at how these forces affect relationships among organisms at different levels of the food chain.

She uses genomic analysis, including a statistical method that she first employed in collaboration with MacArthur “genius grant” recipient and statistical geneticist Carlos Bustamente, to relate genetic variations to such factors as pollution type, location and specific fish populations. 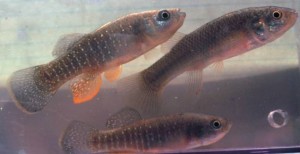 A female mummichog off the South Carolina coast leads two males in this photo from the NOAA Photo Library.

Williams has focused much of her research on the mummichog (Fundulus heteroclitus), a hardy estuarine fish that has adapted to living in federal Superfund sites along the East Coast. She also works with the zebrafish (Danio rerio), an aquatic species that, like the mummichog, has a quick breeding cycle advantageous to researchers and teachers, and is well-established as a biomedical research model. (In fact, Williams has set up Bates’ first “zebrafish house” — actually a set of high-tech tanks.)

At Bates, Williams will bring her curiosity to bear on a different type of organism. Familiar from their lush green presence along the Maine coast in summer, the various marsh-grass species collectively known as spartina are essential to the coastal and marine environment.

“They live in the polluted environments, so I want to study how they survive there,” explains Williams, who will focus on Spartina alterniflora, aka smooth cordgrass. “Next summer, I hope to take students into the field to collect these plants, and then grow them in Bates’ greenhouse to look for differences in growth, which will give us clues to what might be happening in the polluted environments.

“From there, we’ll determine the genetic differences between the plants that live in the polluted environments and the clean environments.” 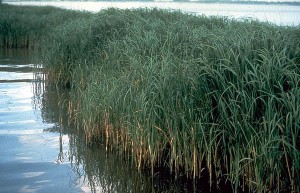 A stand of Spartina alterniflora photographed by the U.S. Department of Agriculture.

Spartina and so-called killifish, such as mummichogs, often share ecosystems. “We know a lot about what is happening with the fish, so it will be interesting to see how plants — non-transient species — are coping in these environments,” she explains. “We know that the fish in polluted environments are genetically distinct from the fish that live in clean environments. We don’t know if that will be the case with plants.”

Williams also plans to extend her research to the Androscoggin River, which has recovered dramatically from decades of intense pollution but is not yet pollution-free.

Williams sees her work at Bates covering three broad areas: molecular biology as it relates, first, to the development of vertebrates and second, to the environmental issues explained previously; and bioinformatics, which is the study of how biological information is analyzed, stored and retrieved.

Prior to Bates, Williams worked as a visiting assistant professor in biology at Wheaton College and as a postdoctoral fellow at the Woods Hole Oceanographic Institution, in Massachusetts. At Woods Hole, her work included teaching British Petroleum employees about toxicant responses in marine organisms.

She earned a bachelor’s degree in the biological sciences from Smith College and a doctorate in environmental toxicology at North Carolina State University.

What I Mean When I Say: ‘Host,’ with Lee Abrahamsen