At a small liberal arts institution like Bates, says biochemist Lori Banks, “you get to interact with students differently than you would at a larger kind of school. There’s a different kind of connection, a different vested interest in the success of the students.”

That connection “seemed to be especially strong here,” a factor that attracted the new assistant professor of biology to Bates.

The same is true of philosopher Paul Schofield. At a different kind of school, he says, there might not be the same opportunities to get to know students. “But because of the size of Bates and the kinds of things that the students are looking for, you’re able to build intellectual community.”

Assistant professors Banks and Schofield are among the faculty appointed to tenure-track positions this year. Others are Stephanie Pridgeon, in Spanish; Ian Khara Ellasante, gender and sexuality studies; and Asha Tamirisa, music. Those five have found that their values, interests, and goals as teacher-scholars are reflected in the Bates community.

Tamirisa was drawn to Bates’ aspirations and initiatives toward equity and inclusion. “Bates seemed to be a step ahead of a lot of other institutions in terms of not thinking the remedy would simply be changing the demographics, but also changing the way the college itself works. Bates is willing to say, ‘This is what we could be doing better,’ and then take action.”

Ellasante agrees. In particular, the gender and sexuality studies mission statement spoke to them — “its commitments to anti-racist, decolonial, feminist, and trans work and histories,” they say, “and its focus on action and practice and reciprocal engagement.”

For Pridgeon, who like Schofield has been at Bates for a few years as a visiting professor, an enduring appeal of Bates is the campus community’s commitment to take on — and see through — the tough and complex kinds of discussion without which, often, nothing really meaningful gets done.

That determination to challenge our understanding of the world while attending to community life is central to the value of the Bates education, says Malcolm Hill, vice president for academic affairs and dean of the faculty.

“Our latest tenure-track appointees bring expertise and a creative spirit to our talented academic community. We look forward to benefiting from their contributions in the years to come.” 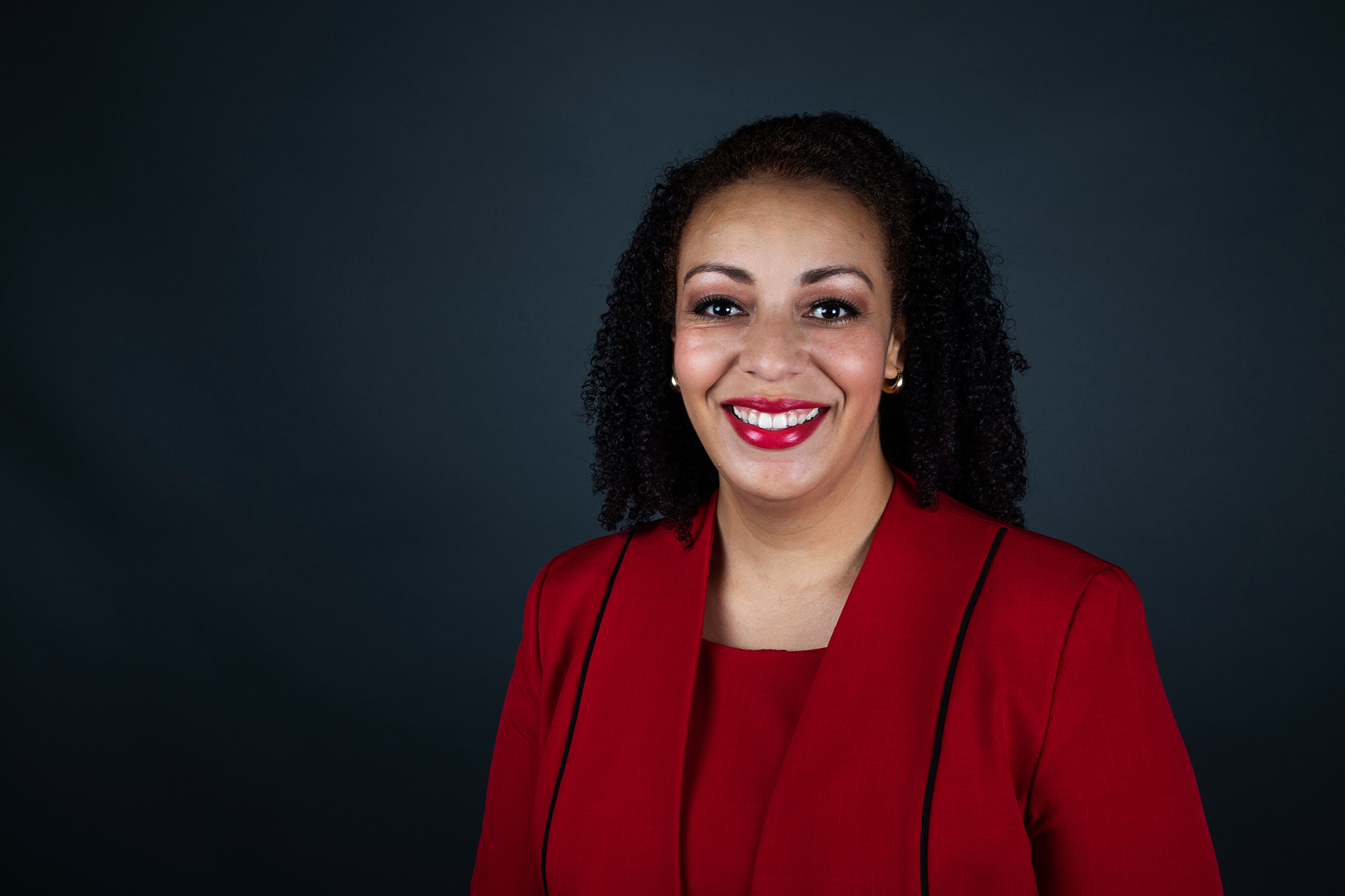 Before Bates: Postdoctoral researcher in molecular virology and microbiology, Baylor College of Medicine

Her work: A protein biochemist engaged in preclinical drug development, Banks studies ways that microbial pathogens sense their host environments. She has studied gene expression in the anthrax bacterium and is currently exploring approaches to more effectively treat rotavirus.

Tell us more: “A horrible downstream effect of rotavirus, especially in small kids, is that repeat infections can be associated with cognitive delays,” Banks explains.

A rotavirus vaccine exists, “but in the parts of the world where it’s most endemic, the vaccine doesn’t work very well. So we have to attack the public health problem from a different perspective, that of treating people once they’re infected.” Banks calls her search for an off-switch for the virus “very low-tech” — but notes that it could eventually “inform drug discovery work that affects millions.”

A sense of purpose: Banks was headed to an anatomy class at Prairie View when she saw a newscast of the second World Trade Center tower going down. The Sept. 11 attacks and subsequent anthrax mailings galvanized her interest in biology research. It was a feeling she likens to the call that her grandparents’ generation felt to mobilize for World War II. “I remember thinking that I had this skill set or gift for thinking about biological and chemical questions,” she says. “For me it was just like, ‘We’re the people that are going to be out there saving lives, designing medicine.’”

Sample lesson: “One of my favorite things to discuss with students is being aware of what your own personality is telling you, what skill sets you’re developing, what things you’re drawn to — and how you might be able to best serve the world, the community, your school, whatever, just by being you.” 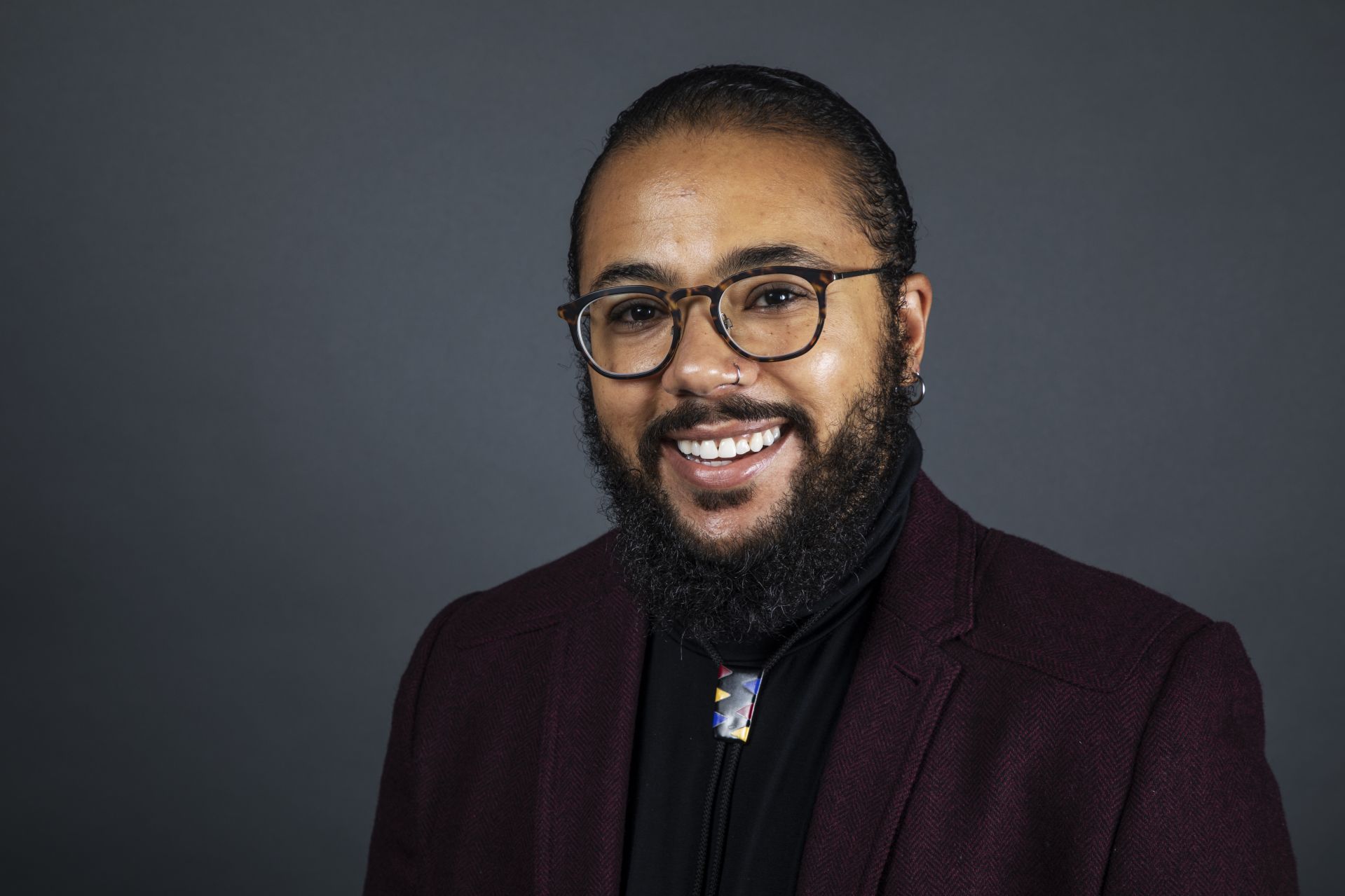 Ian Khara Ellasante, new to the Program in Gender and Sexuality Studies, is a poet as well as a scholar and teacher. (Theophil Syslo/Bates College)

Their work: “There are global similarities in the ways that indigenousness, embodied blackness, and marginalized gender identities are targeted and defined,” says Ellasante, a cultural studies scholar. “I am trans, nonbinary, queer, and a person of color. I work to translate the lived experiences at that type of nexus into scholarship that is broadly and compellingly legible.”

Ellasante’s recent work has involved the “peoplehood matrix,” a theoretical construct developed by Indigenous scholars. In this concept, an Indigenous people’s relationship to four elements — land, language, ceremonial cycle, and sacred history — can help delineate their cultural identity. “I argue that when a people align around these four elements, they’re able to persist despite settler colonialism and enforced assimilation.”

Finding their path: Ellasante is a longtime advocate for LGBTQ+ youth and young adults, focusing on housing instability and bullying in schools. As a researcher at the University of Arizona’s Southwest Institute for Research on Women, “I got a lot of experience in community-based participatory research.

“In that work, I saw a pathway: I could merge being an advocate, working within communities, with being a researcher and scholar. I have pursued it, and Bates feels like a good place for me to continue that path,” thanks to the robust community-engaged programming of the college’s Harward Center.

A sample lesson: “Early in the semester, I like to have students simultaneously write brief definitions of gender on the board. Then we can see that even in a small classroom, there can be many definitions of gender. Students can better understand its nuances, and the idea that gender is a social construct becomes very clear.” 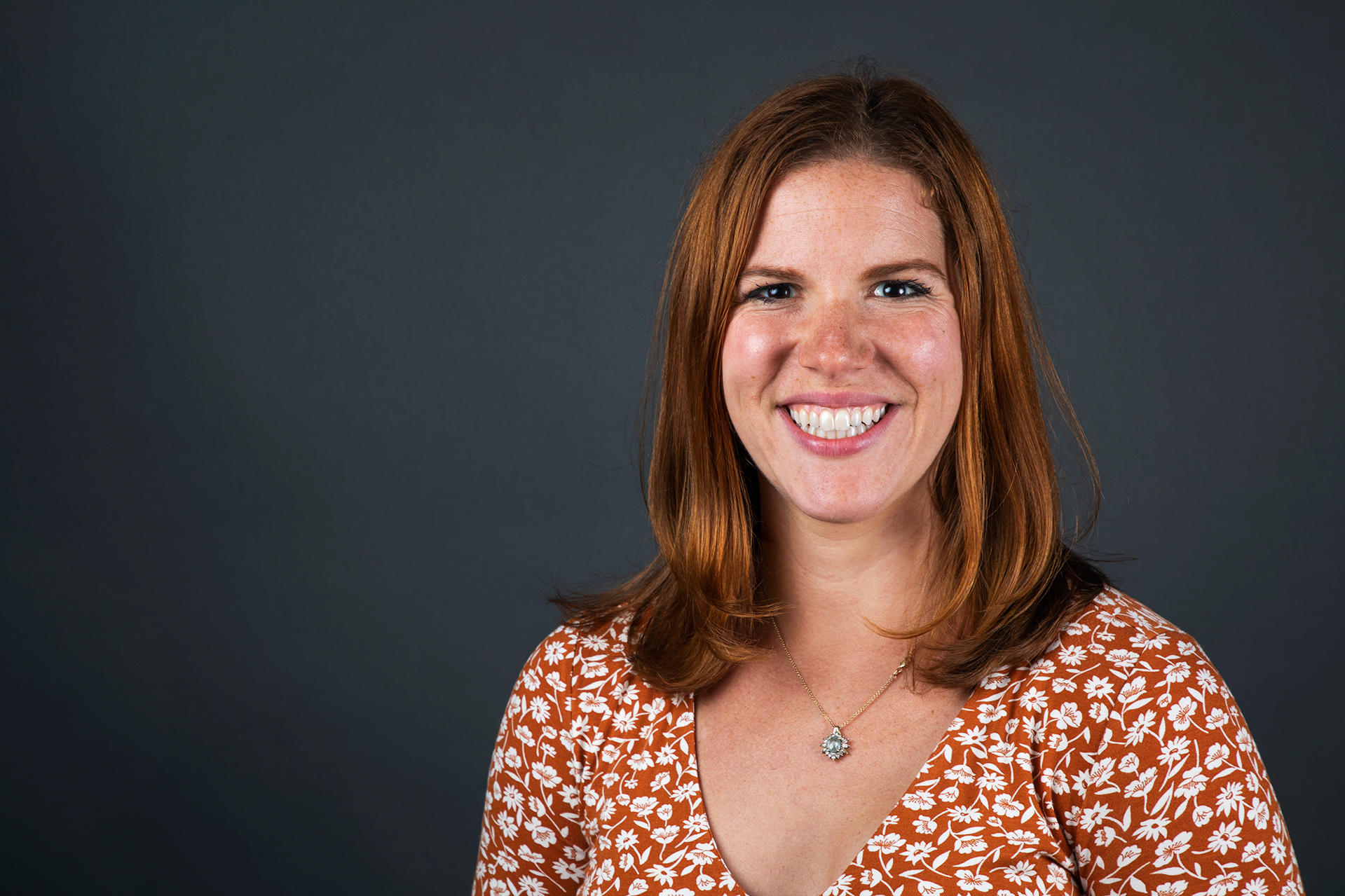 Before Bates: Visiting Assistant Professor of Hispanic Studies, The Catholic University of America. Pridgeon joined Bates as a visiting professor in 2016.

Her work: Pridgeon studies intersections of ethnicity, gender, religion, and politics as depicted in Latin American film and literature. She’s drawn to characters “who don’t do what they’d necessarily be expected to do based on a category with which they identify,” she says.

For instance, in Revolting Jews on Screen, a book manuscript under publisher review, she uses a variety of films to explore the contradictory effects of Jewish political involvement in Latin America. “I became fascinated with all these retrospective stories about how fraught it was to identify simultaneously as Jewish and revolutionary.”

Why teach? “I love hearing other people’s stories,” says Pridgeon, “and I love sharing stories with students and giving them an appreciation for the stories about, effectively, what it means to be human — the messiness of it, the nuances, and the challenges of everyday life.”

Pridgeon values interactions with students that spark different directions for a course. Ditto for current events that change her teaching: for instance, the #MeToo movement gave her a new perspective on Argentinian novelist Claudia Piñeiro’s Tuya, about a woman who finds out her husband is cheating on her. “Those moments where our students can see that I’m learning with them and thinking about things in new ways with them are really productive.”

Why the liberal arts? For Pridgeon, “the core of a liberal arts education has to do with understanding what it means to be human in a variety of cases and contexts. I’m teaching the ability to gain knowledge and critical language skills in order to relate to somebody else’s story, to relate to something that’s a part of human experience.” 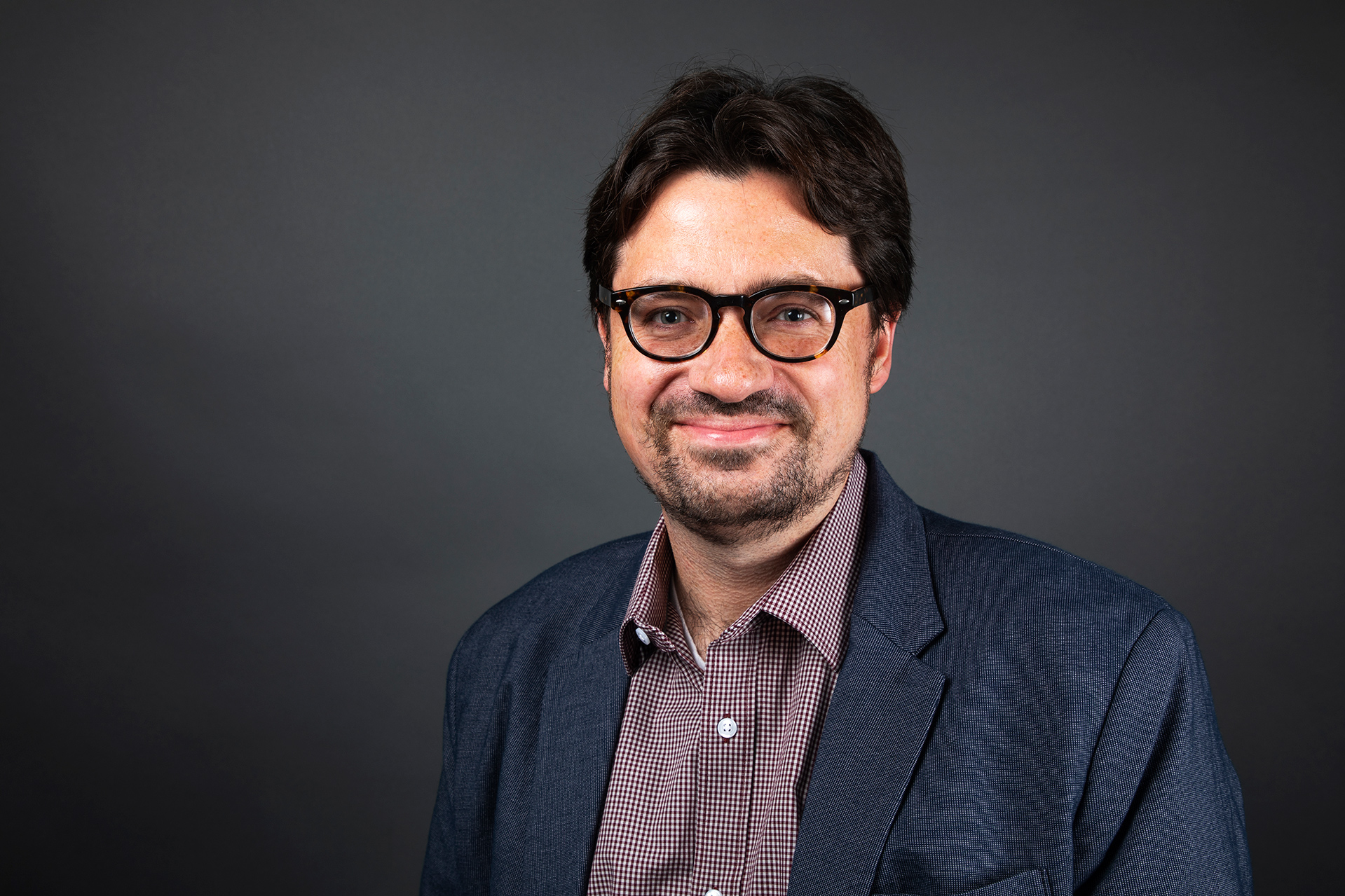 Before Bates: After completing doctoral studies, Schofield came to Bates in 2013 as a Mellon Postdoctoral Fellow and has since served as a lecturer and visiting assistant professor.

His work: Two themes stand out among Schofield’s research. One, he says, is the question of “whether you can owe moral duties to yourself.” He explains that where contemporary moral philosophy tends to examine our interactions with others, “I argue that the relationship that you have to yourself is morally inflected — that you owe certain actions or behaviors to your own self.” His book on the topic is scheduled for publication in 2020 from Oxford University Press.

Schofield also studies philosophy and film, focusing on the medium’s strengths and weaknesses as a form of philosophical text. For example, he has written about the ballet film The Red Shoes as a distinctively deep representation of agency over one’s movement of one’s body.

Why teach? “I’ve always been intellectually curious,” says Schofield, who was reading philosophy and competing in debate in his teens. “I’ve always liked sharing that with others. Even when I did high school debate as a junior or a senior, I liked to teach the first-years what I knew, which was a lot less back then.”

Bates students: “They’re willing to challenge themselves to take on difficult projects, to be told that there’s more work to do. I find the Bates students to be the most intellectually curious group of young people I’ve ever been around.” 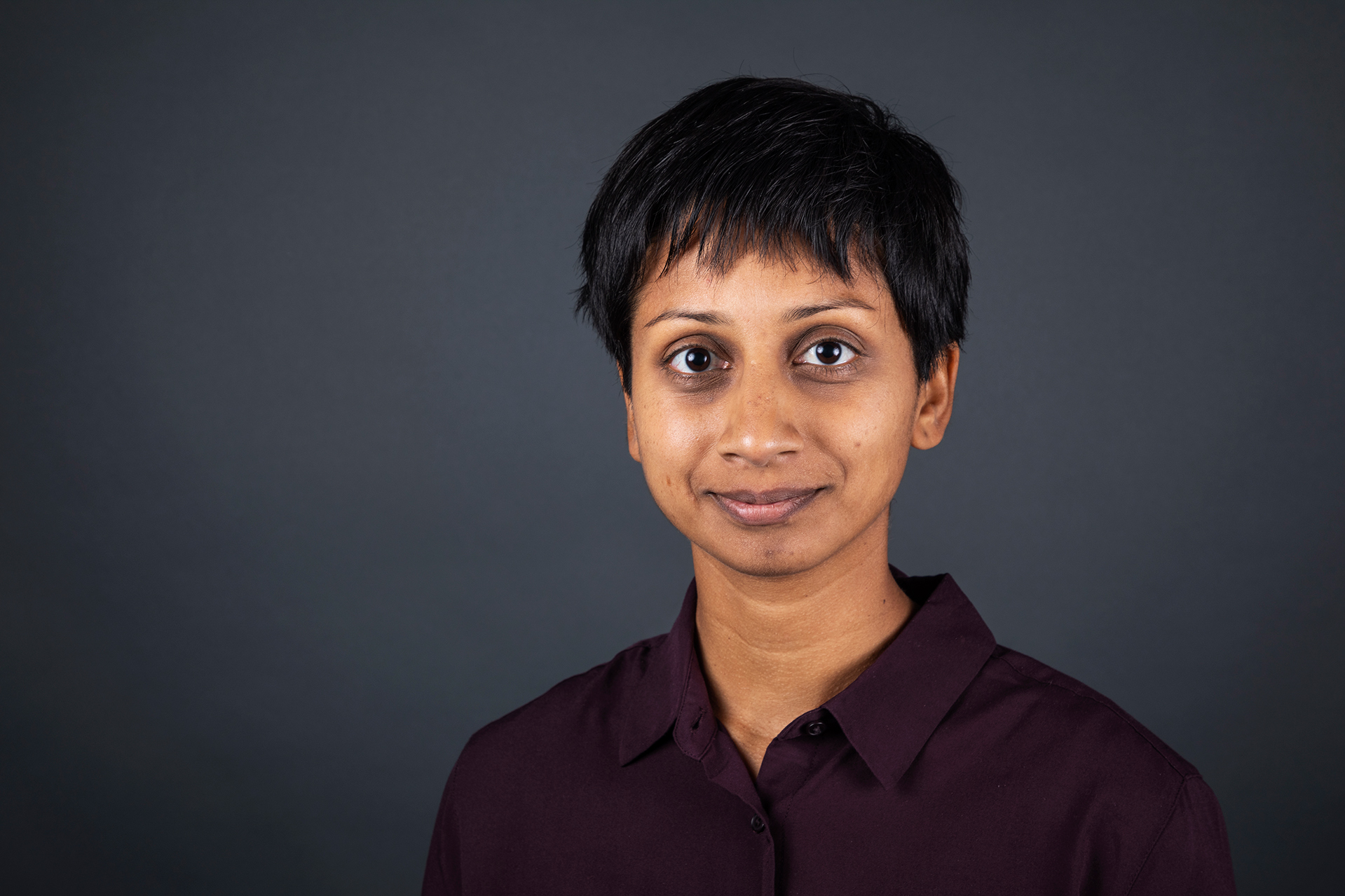 Before Bates: While doing her postgraduate work, Tamirisa taught courses on multimedia art and electronic music at Brown and in community workshops in Rhode Island.

Her work: Harnessing a variety of technologies in performance and installations, Tamirisa describes herself as a sound and media artist. “The research that I do really informs the creative work that I make,” she says.

“I’m interested in fields like feminist science and technology studies and media archeology, which look critically at the stories behind our machines and can inform technological use and design.” For instance, motivated by the interrelated histories of textiles and digital technologies, Tamirisa is currently working on converting a small loom into an interface for audiovisual performance.

Tell us more: “I see teaching as an opportunity to rethink epistemologies of technology, music, and sound,” Tamirisa says. “How do gender and race fit into the histories of the technologies that we’re dealing with now? How does that shift our engagement or our understanding with them now?

“Understanding how gender and race have been imbricated in the histories and practices of these fields have shifted my engagement with these fields as an instructor as much as they have as a practitioner.”

Sample lesson: In the music theory course that she’s teaching this semester, Tamirisa’s students will select a piece of music and, throughout the semester, “apply the techniques that we’re learning in class to that piece. This is a way for me to get to know the students and their musical tastes and to demonstrate how the course material connects to music across genres and styles.”

She says, “I love the push and pull of starting a class with an idea of where it’s going to go, and then hearing from the students about where they want to go and where that takes us collectively.”