Following in their parents’ footsteps may have led them to Bates, but children of alumni blaze their own trails on campus — and their families couldn’t be more proud.

Unsurprisingly, Sarah Wason ’13 of Barrington, N.H, the daughter of Donald ’79 and Nancy Wellman Wason ’81, admits she “grew up wearing Bates clothes” and at one point worried that “by going to Bates, it wouldn’t be special for me.”

She quickly found her own voice, however — and became a voice of Bates — as a DJ and general manager of the campus radio station, WRBC-FM.

Of the 436 graduates this year, 22 have at least one parent who went to Bates. Seventy-four graduates have Bates siblings or other relatives. 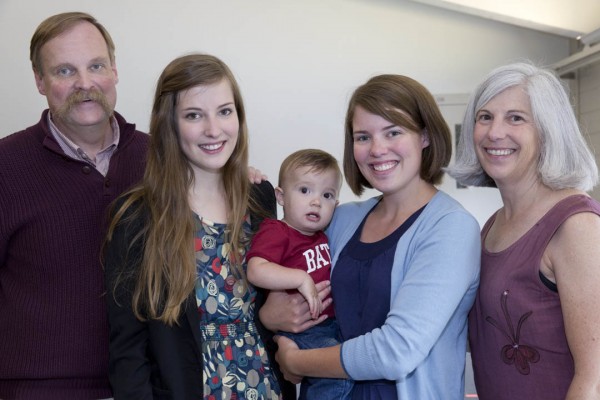 This year’s legacy families come from as far away as Malaysia and as close as Freeport.

Some alumni parents have underscored their connection to Bates as volunteers.

Robert Cramer ’79, and William Carey ’82, co-chairs of the Mount David Society and Bates Fund, respectively, each have sons in the Class of 2013, as do trustees Stephen Fuller ’82 and John Gillespie ’80. (Cramer and Carey will also have senior children graduating next year.)

Rob Cramer insists that his son Bo is his own Bobcat, through and through. “Like me,” he says, Bo “was an English major, but there the comparisons stop.” 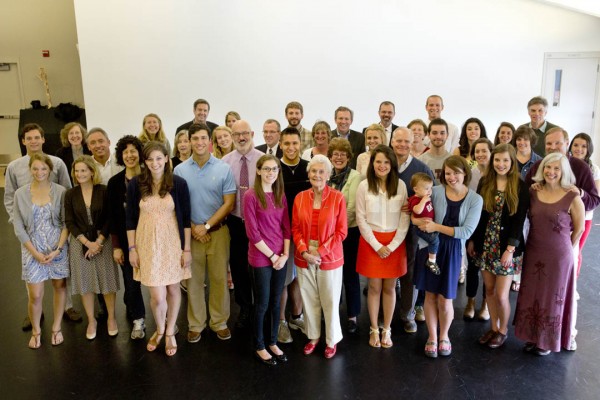 Legacy families pose for a group photo on Saturday, May 25, 2013. Of the 436 graduates in the Class of 2013, 74 have a parent or other relative who graduated from Bates. Photo by Phyllis Graber Jensen/Bates College.

Donald says, “Sarah always prided herself on being different from the rest of her family,” but he suspects that may have been “more wishful thinking than reality.”

Watching their second daughter graduate from Bates has shaped Donald and Nancy’s own relationship with the college — beyond just discovering WRBC-FM.

“Numerous times while walking across campus, we have felt like we were students again,” says Donald. “We always thought Bates parents were ‘old’, but we don’t feel old at Bates.” 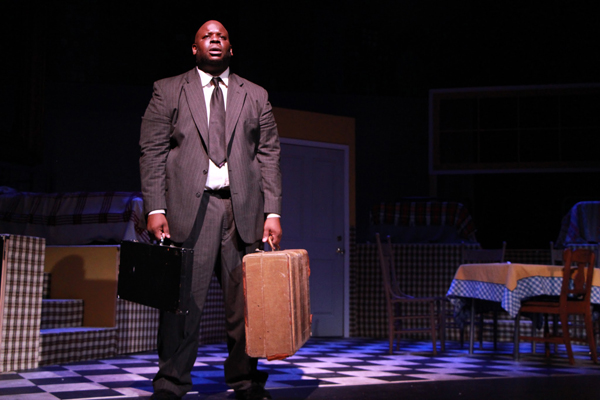