For alumni children, graduation is a story with a new ending

Asked why he chose to attend Bates, Robert Long ’79 remembers looking at schools that would “keep open a variety of paths.” 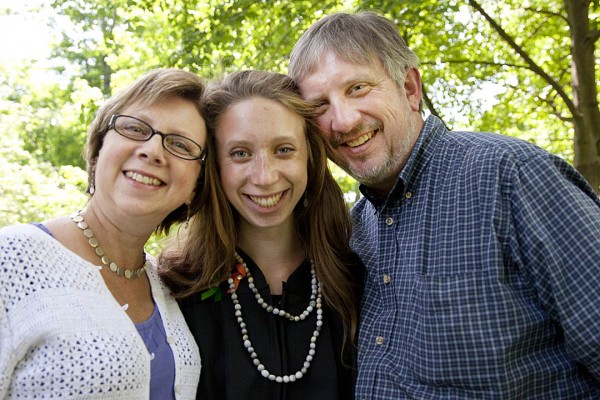 His daughter Erica, Class of 2012, unwittingly echoes her father as she describes her college search. “I didn’t want to go down one direct path yet,” she says.

“I wanted to try out some new things, and the idea of a liberal arts school — I saw that as an opportunity to explore.”

The college’s alumni database counts 12 members of the Class of 2012 who have a Bates alumni parent. That number rapidly grows when alumni grandparents, siblings and other Bates relatives are included, as evidenced by the big turnout in Perry Atrium for a photograph on the day before Commencement 2012.

With some prodding, Erica Long acknowledges other commonalities between her parents’ experiences and hers.

For example, she and her father are both English majors, and both worked at WRBC, the college radio station. In 2010, Robert spoke at the Parents & Family Weekend interfaith service, while Erica has been active in the Multifaith Chaplaincy and addressed her peers at Baccalaureate during Commencement weekend.

Erica and her mother, Betsy Pohl ’80, share their respective stories of Hedge Hall, making a poignant connection across 30 years of Bates history.

However, Erica insists that her parents never pushed her to apply to Bates. 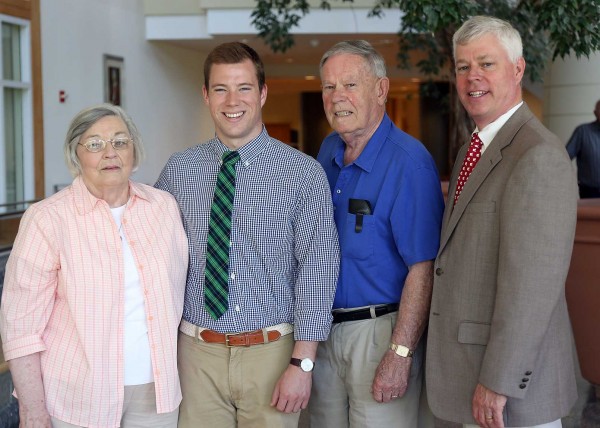 Likewise, Kristy Andrews ’12 acknowledges that while her family history was influential — she and her brother, Mark Andrews ’09, are fourth-generation Batesies — it was never the deciding factor.

Her mother, Cindy Holmes Andrews ’74, agrees that she never pressured but hoped her children “would just think about it.”

While parents and children both cite Bates’ smallness, its academic rigor and the enduring value of the liberal arts education among the school’s attractions, some things do look different today.

The college has undergone considerable physical changes while the classroom experience continues to evolve thanks to emerging technologies that make knowledge more immediately accessible and shareable.

Michael Chu ’80, father of Christopher Chu ’12, admires Bates’ ability to keep faith with its founding principles while keeping “current with the world today.”

All parents agree that the food is vastly better now, too.

“A good, welcoming, regular-folks feel to it.”

But it’s Bates’ palpable sense of community that, generation to generation, makes it stand out. For Robert and Betsy, Bates was an elite school without being elitist; Betsy describes it fondly as “a school with a conscience.”

“It just has a good, welcoming, regular-folks feel to it that I didn’t get at any other place,” says Robert.

He borrows Erica’s term “Bates vibe” to describe the openness and accessibility that persists today.

That vibe has an even stronger resonance now.

Robert recalls a college friend who came out after graduation. As was true in most of U.S. society at the time, “the environment at Bates at the time made it unthinkable for him to reveal his true self” as a student, he says.

Today, Bates is noted nationally for supporting orientation equality on the campus and in the community. “Erica’s gay friends can be their full and true selves on campus — and be celebrated for it.”

Both Erica and Kristy agree that Bates was the best choice for them, and their experience has been filled with its share of opportunities and surprises.

“Now I have this thing in common with my parents where at this same age in our lives we lived in this same place,” she says.

Crossing the stage at Commencement, she joined her parents in yet another role: Bates graduate.

“It’s just stunning to me,” Betsy says. “I feel like I just took her there for her first day, and that four years just went by so amazingly fast.

“Kind of like it did when I was there.” 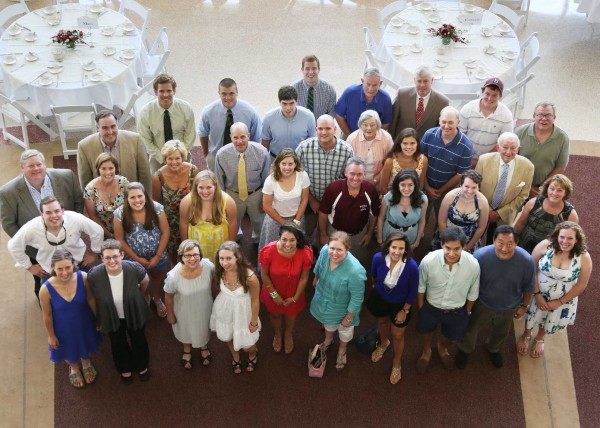 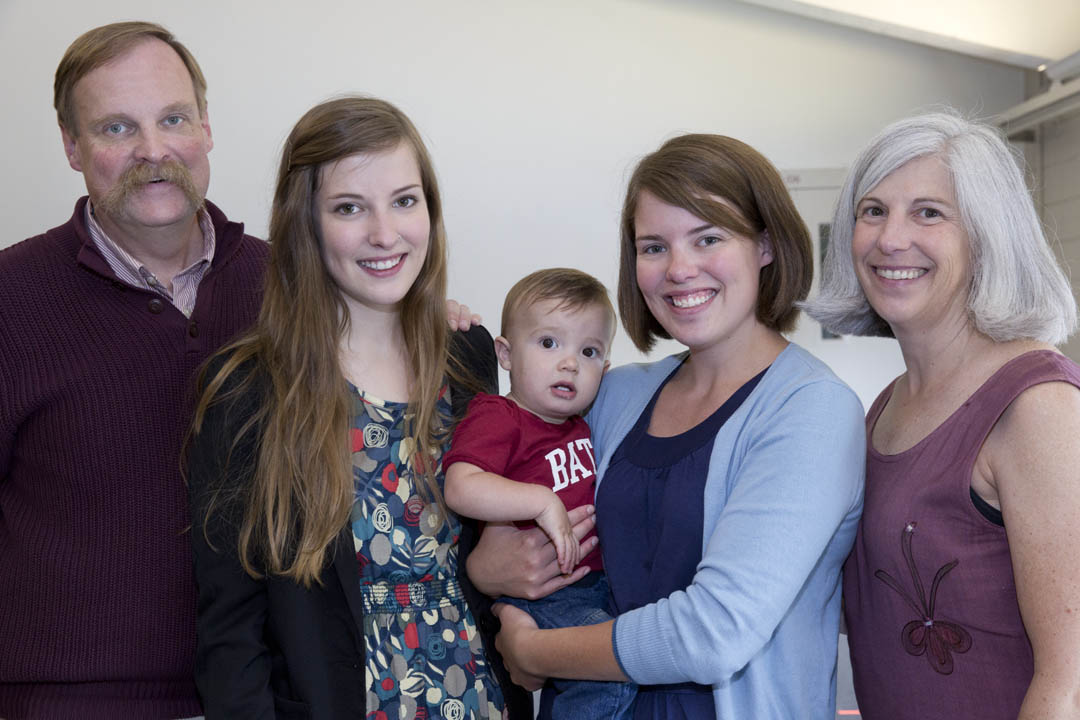