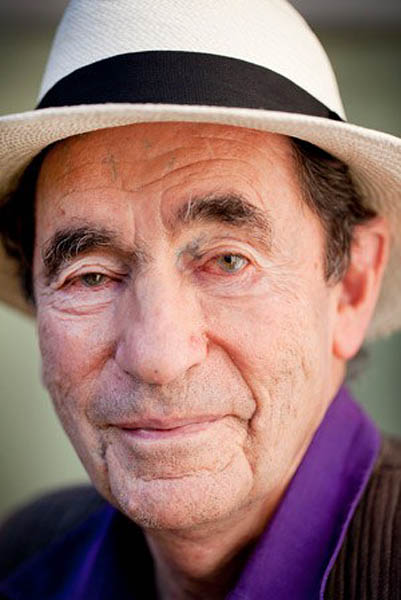 Part of the Harward Center for Community Partnerships’ Civic Forum Series, Sachs’ talk is titled Ubuntu: An African Contribution to the Universality of Human Rights. Admission is open to the public at no cost.

The event is co-sponsored by the Office of Intercultural Education; the Multifaith Chaplaincy; the departments of politics, African American studies, anthropology and sociology; the divisions of social sciences and humanities; the Program in Women and Gender Studies; and the Justice for Women Lecture Series of the University of Maine School of Law.

An African National Congress activist during the apartheid years in South Africa, Sachs went on to play an important role in the creation of the country’s first democratic constitution. He gained international attention again in 2005 as the author of the Constitutional Court’s holding that overturned South Africa’s ban on gay marriage.

In 1955, at the age of 21, Sachs opened a law practice. He represented South Africans charged under racial statutes and security laws, with many of his clients risking the death penalty. As a result of this work, his practice was restricted, he was arrested, and was put in solitary confinement for 168 days without a trial.

Sachs went to England in 1966, later moving to Mozambique to teach law. In 1988, while he was teaching in exile, South African agents planted a bomb in his car. The explosion killed a passer-by and cost Sachs an arm and the vision in one eye.

Though he never quit working against apartheid in exile, the bombing moved him to fully devote himself once again to effecting democracy in South Africa.

With regime change achieved in 1990, Sachs served on the Constitutional Committee and advocated strongly for the inclusion of a Bill of Rights and an independent judiciary, as well as rights to housing, health care and other essentials. In 1994, after the first democratic election, President Nelson Mandela appointed Sachs as a justice in the Constitutional Court.

Sachs led the creation of the 1996 South African post-apartheid constitution and was involved in several landmark rulings for the new country, such as the overturning of the gay marriage ban.

Sachs has traveled all over the world to speak about human rights and how to achieve them in partitioned societies. He juggles his passion for human rights with interests in art and architecture, and had a voice in the design of the Constitutional Court Building and the creation of its art collection.

He has written several books, including The Jail Diary of Albie Sachs (Harvill Press, 1966), published during his time in exile in England but banned in his home country. In 1991, Sachs won the Alan Paton Award for his book Soft Vengeance of a Freedom Fighter (University of California Press). His most recent title is The Strange Alchemy of Life and Law, published by Oxford University Press in 2009.