Concerts on the Quad 2014: The Holmes Brothers 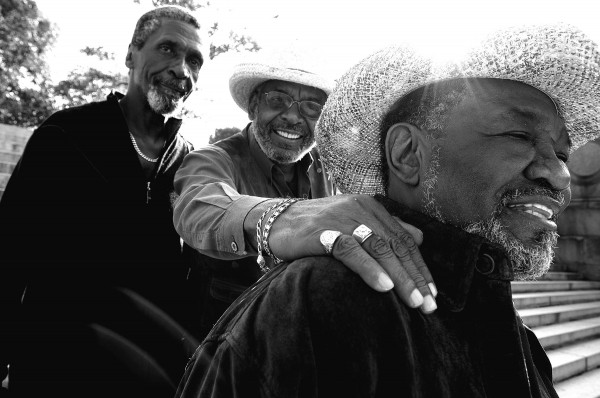 The Holmes Brothers return to Bates on July 31 for a Concert on the Quad.

The soulfully eclectic Holmes Brothers perform a Bates Concert on the Quad at 6:30 p.m. Thursday, July 31, on the Coram Library porch on the Historic Quad, College Street and Campus Avenue.

Admission to this concert is free. Audience members are encouraged to bring picnics and chairs or blankets. The rain site is the nearby Peter J. Gomes Chapel, 275 College St. For more information, please call 207-753-6953.

The trio are bassist-vocalist Sherman Holmes, guitarist-pianist-vocalist Wendell Holmes and drummer-vocalist Popsy Dixon. They have recorded with Van Morrison, Odetta, Willie Nelson, Rosanne Cash and Joan Osborne, and have gigged all over the world.

Their latest album with Alligator Records and bluesiest album to date, Brotherhood, was produced by Glenn Patscha (Marc Cohn), Chris Bruce (Seal) and Hector Castillo (Brazilian Girls, David Bowie). Its 14 songs — including eight Holmes originals — find the trio at the top of their game, closing with their most-requested song: the soul-stirring “Amazing Grace.”

Sherman and Wendell Holmes grew up in Christchurch, Va. In 1963, the brothers formed The Sevilles, a group that lasted only three years but backed such touring artists as the Impressions, John Lee Hooker and Jerry Butler. After The Sevilles broke up, Sherman, Wendell and fellow Virginian Popsy Dixon played together and apart in various bands until 1979, when they formed The Holmes Brothers. This Concert on the Quad will be the band’s second Bates appearance — they first performed here in 2008.