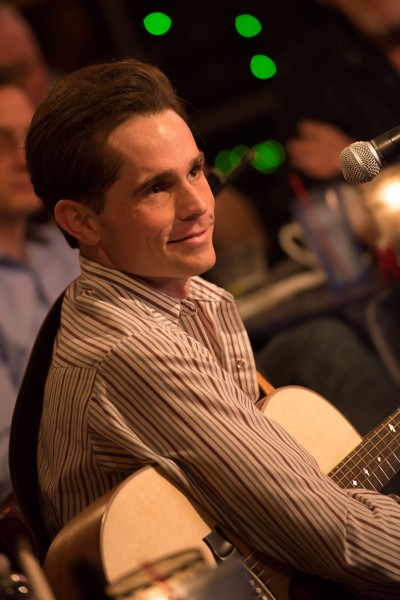 Country guitarist-singer Jonathan Brown opens the 2014 Concerts on the Quad series at Bates at 6:30 p.m. Thursday, July 17, on the Coram Library porch on the Historic Quad,  College Street and Campus Avenue.

Admission is free. Audience members are encouraged to bring picnics and chairs or blankets.

Hailing from Nashville, guitarist Brown brings a bit of Music Row with him wherever he plays. A virtuoso of fingerstyle guitar, Brown has made a name for himself among fellow players and audience members alike.

Whether it’s an original composition or a re-imagining of a classic like “Beyond the Sea,” Brown brings his own Southern style to each piece he performs on his Lewiston-made Bourgeois guitars.

Brown was a natural choice when producers of the television series Nashville went looking for a Music City player to bring a little Tennessee twang to the show. These days he can be seen on Nashville as a member of the band backing up “Rayna James,” the show’s central character, portrayed by Connie Britton.

Brown has established himself as part of an elite community of guitar players through appearances at high-profile events such as the series of tributes to fingerstyle master and Nashville giant Chet Atkins. Additionally, he lists favorites like Tommy Emmanuel and Maine guitar star Lenny Breau among his influences. But with a style situated somewhere between the Tennessee hills and a 1960s juke joint, Brown has carved a place for himself that is all his own.