Bates is celebrating a banner year in philanthropy to the college with total gifts from all sources surpassing $16 million as of the end of the 2014 giving year on June 30.

This total, the college’s highest since 2008, represents a 33 percent increase in dollars over the 2012–13 fiscal year.

“We have ambitious goals for Bates, and I am inspired by this outpouring of support from the college community,” said President Clayton Spencer.

“These gifts put real dollars to work toward initiatives that will enhance the educational experience for all students and keep Bates at the forefront of America’s liberal arts colleges.” 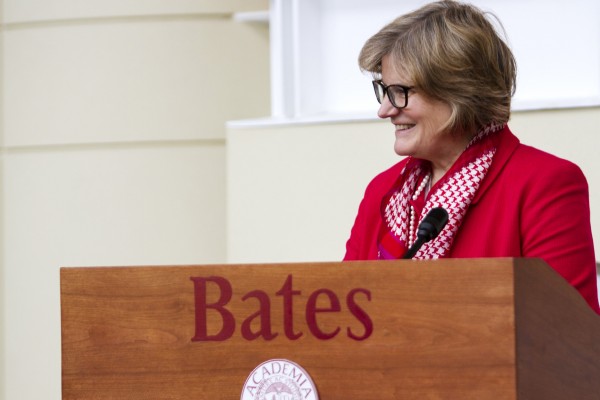 “We have ambitious goals for Bates, and I am inspired by this outpouring of support from the college community,” said President Clayton Spencer, shown here greeting members of the Class of 1964 back to Bates for their 50th Reunion in June. (Sarah Crosby/Bates College)

Resources from the Catalyst Fund contributed to this year’s impressive total by infusing support into the college’s three strategic priorities as articulated by President Spencer: the Engaged Liberal Arts,+ The “engaged liberal arts” means delivering a rigorous and highly personalized education that centers on deep and sustained interactions among students, faculty, and community. It also means engaging the forces — intellectual trends, demographic changes, and technology — that are transforming higher education and the world into which our students graduate. It means making a virtue of our scale; creating a diverse and motivated community of students, faculty, and staff; and embracing innovative and evidence-based approaches to teaching and learning. Purposeful Work,+ Purposeful work is a college-wide initiative built on the premise that preparing students for lives of meaningful work lies at the heart of the liberal arts mission. When fully developed it will include: (1) a co-curricular program involving cycles of exploration, reflection, and skill-building; (2) practitioner-taught courses during short term, and (3) a highly-structured Bates-specific network of internships, with the hope to guarantee every Bates student a paid internship that is either employer- or Bates-sponsored. and Opportunity and Excellence.+ A commitment to opportunity and excellence grows directly out of Bates’ history and mission and responds to contemporary geographic, demographic, and economic realities. It means recruiting talented and motivated students from a broad range of backgrounds, providing them with the financial aid that will enable them to enroll, and supporting them for academic and personal success once here. It also means creating a campus community and climate that capitalize on diversity and inclusion as necessary and powerful dimensions of preparing our students to live and work in an increasingly interconnected world.

Announced last October by Mike Bonney ’80 P’09, P’12, P’15, chair of the Board of Trustees, the multi-donor Catalyst Fund pledge is the largest single commitment in Bates history.

“These priorities build on the strengths of our mission while embracing the forces that are shaping the future of higher education,” Spencer said.

“I want to thank the thousands of Bates alumni and parents who contributed this year, and to acknowledge the vision of the Catalyst Fund donors, whose gift helped propel us to this new level.” 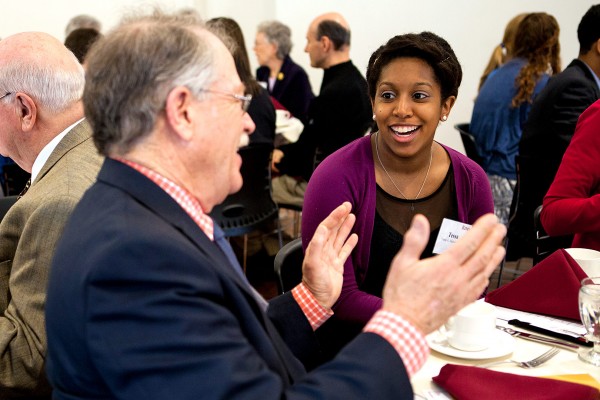 Members of the Mount David Society, the college’s leadership giving society, made gifts of $4.8 million in 2014. Here, Tessa Hathaway ’14 of Pittsfield, Maine, talks with a donor during the annual Mount David Society Scholarship Luncheon on March 28. (Sarah Crosby/Bates College)

Gifts to Friends of Bates Athletics, which have grown 27 percent in the last four years, climbed to $491,349. 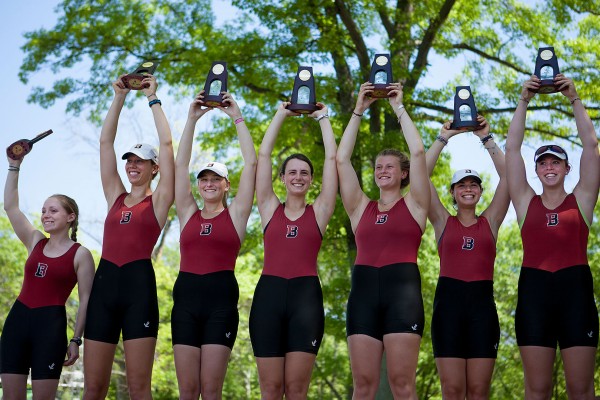 Gifts to Friends of Bates Athletics have grown 27 percent in the last four years, totaling $491,349 in 2014 to support Bates teams. Here, members of women’s rowing hoist their trophies at the NCAA Rowing Championships, where Bates earned third place as a team. (Sarah Crosby/Bates College)

Much of this success is thanks to the hundreds of volunteers who called, emailed and visited classmates and fellow parents, encouraging engagement and philanthropy at Bates.

Heading up the volunteer effort were the 19 members of the Bates Fund Executive Committee, led by trustee co-chairs Bill Carey ’82 P’13, P’14 and Rick Smith P’12.

As a result of their efforts, $6.1 million of this year’s total was raised for the Bates Fund, providing current-use dollars for core strategic needs and priorities, including academic resources, faculty salaries and student programs. 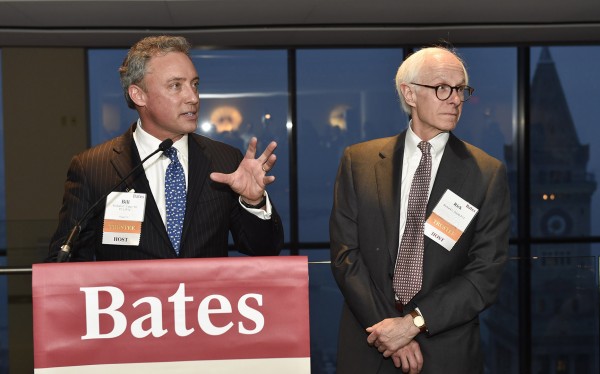 Donors gave $6.1 million to the Bates Fund, which was led by trustees Bill Carey ’82 (left) and Rick Smith P’12, co-chairs of the Bates Fund Executive Committee. Here, Carey and Smith welcome alumni, parents and friends to the Boston Presidential Event in March. (Photograph by David Sokol)

Bates continues to be a national leader in annual giving participation, an established measure of alumni engagement. Forty-nine percent of alumni and 40 percent of parents — the highest parent participation rate in Bates’ history — gave to the college during 2013–14.