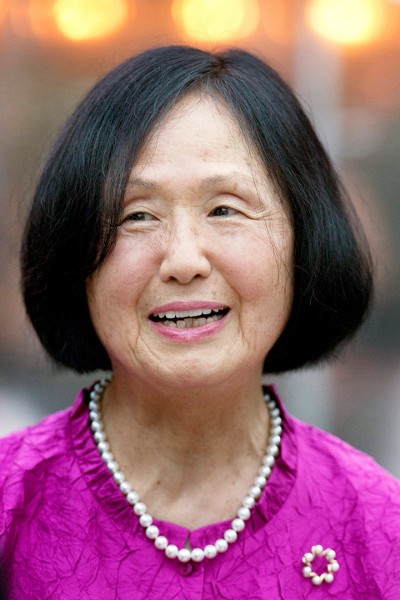 Atsuko Hirai, a witty and exacting teacher and scholar who broadened the college’s curricular offerings in history and Asian studies, died July 14 at her home in Lewiston. She was 78.

An eminent historian of modern Japan, Hirai was the Kazushige Hirasawa Professor of History at Bates College from 1988 until her retirement in 2013. Born in Japan in 1936, she studied international relations at Tokyo University and earned a doctorate in government from Harvard University.

At the time of her appointment to one of the first endowed chairs at Bates, Hirai was an associate of research at the Edwin O. Reischauer Institute for Japanese Studies at Harvard, where she lectured on the history and politics of her native land.

The Hirasawa Professorship was established at Bates by the family and friends of Kazushige Hirasawa, a member of the Bates Class of 1936 and a journalist, news broadcaster and editor of The Japan Times. The professorship was designed to reflect Hirasawa’s lifelong commitment to promoting greater understanding between Japan and the U.S. Professor Hirai had an enduring friendship with Hirasawa’s widow, Asako Hirasawa of Tokyo.

Before coming to Bates, Professor Hirai also taught at Sophia University, Michigan State University, Wellesley College and Simmons College. She was a fellow in Japanese and Korean studies at the University of California at Berkeley.

At Bates, Hirai’s highly popular courses brought depth and breadth to the study of Japan and were consistently oversubscribed throughout her career.

She was a witty and exacting teacher. In nominating her for a teaching award, one student wrote that Professor Hirai conveyed to students “the unique nature of Japanese history and how dramatically and profoundly it has shaped modern Japan and influenced its remarkable postwar growth.”

Bates Trustee Darrell Crate ’89 said that she “demanded critical thinking and elevated my ability to learn. At the same time, she displayed a tremendous tolerance and understanding. Those qualities helped me get the most out of Bates.”

Professor Hirai’s research focused on the comparative and intellectual history of modern Japan and the West, the state and pre-war liberalism in Japan, and women in modern Japan. She authored the book Individualism and Socialism: The Life and Thought of Kawai Eijirō (Harvard University Asia Center, 1987) as well as scholarly articles topics from the influence of the English idealist Thomas Hill Green on Meiji Japan and on Mao Zedong, to family law in the Meiji period, to the early history of the piano in Japan.

Her latest book, Government by Mourning: Death and Political Integration in Japan, 1612–1912, a study of governmental edicts on mourning and related rites in Japan, was published shortly before her death by the Harvard University Asia Center.

Her research was supported by a Fulbright Scholarship, a Radcliffe Institute Fellowship and grants from the American Philosophical Society, the Northeast Asian Council, and the Harvard-Yenching Institute.

Professor Hirai was an accomplished musician and classically trained soprano. She gave several concerts at Bates featuring arias by Mozart and Lieder by composers from Schubert to Richard Strauss, often accompanied by Bates artist-in-residence Frank Glazer.

“Atsuko was a devoted musical pilgrim,” said James Parakilas, the college’s James L. Moody Jr. Family Professor of Performing Arts, “seeking out concerts by great singers and sites associated with great composers. It was important to the feeding of her soul.”

She was also a gourmet cook who hosted elegant, intellectually lively dinner parties at her Lewiston home.

When diagnosed with cancer in 2007, she was fearless and hopeful, and remained so throughout her long illness. “I plan to live,” she stated simply. And that she did, with great courage.

Bates will hold a memorial service for Professor Hirai at 4:15 p.m. on Thursday, Sept. 25, in Olin Arts Center, followed by a reception in the Museum of Art. In lieu of flowers, those wishing to commemorate her life may make a contribution to The Professor Atsuko Hirai Scholarship Fund, Bates College, Lewiston ME 04240.