This member of the Bates history faculty combined luck and brains to appear on the iconic quiz show Jeopardy!

Who is: Ian Shin?

The Bates lecturer in history can’t yet tell us much about his appearance, which airs December 12, because of Jeopardy!’s nondisclosure rules. But he can tell us that Jeopardy!, the three-contestant buzzer game where questions become answers, hosted by Alex Trebek, has been part of his life for years. 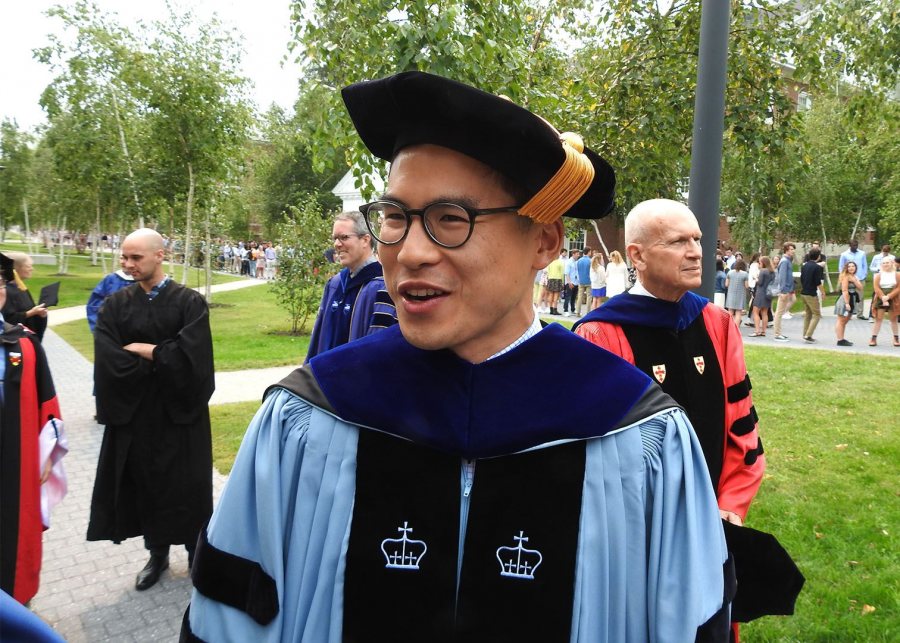 Lecturer in History Ian Shin talks about his upcoming courses during Convocation, the week after he went on Jeopardy! (Jay Burns/Bates College)

He watched buzzers, bets, and daily doubles with his grandmother after his family moved to California from Hong Kong. He learned some American cultural factoids that way. “And then obviously,” he adds, “for a certain set of really nerdy people, Jeopardy! is like nerd Olympics. There is a certain kind of prestige to being smart enough to be on Jeopardy!”

So when a few acquaintances competed on the show, Shin decided to go for it. Acing an online test last year got him an audition in New York, which involved another written test and a practice game.

A couple months later, he got a call from Burbank, Calif. A producer told him to show up for a taping — luckily, during the one week he wasn’t teaching or researching. Since several episodes are taped each day, Shin was told to bring extra sets of clothes, in case he won.

At the end of August, Shin flew out West. He hadn’t had time to study intensively, so he spent two days “just sort of cramming” — reading Wikipedia articles, relearning the periodic table, and studying up on sports history (the Pittsburgh Steelers, he can now tell you, have won the most Super Bowls). He also went through a database of every single Jeopardy! question ever written and every single incorrect answer.

The morning after Shin arrived, a van took him and the other contestants to the studio.

He says the atmosphere was friendly, but “the previous day’s champion was riding with us, so we were all like, ‘Oh, he is the real deal.’” 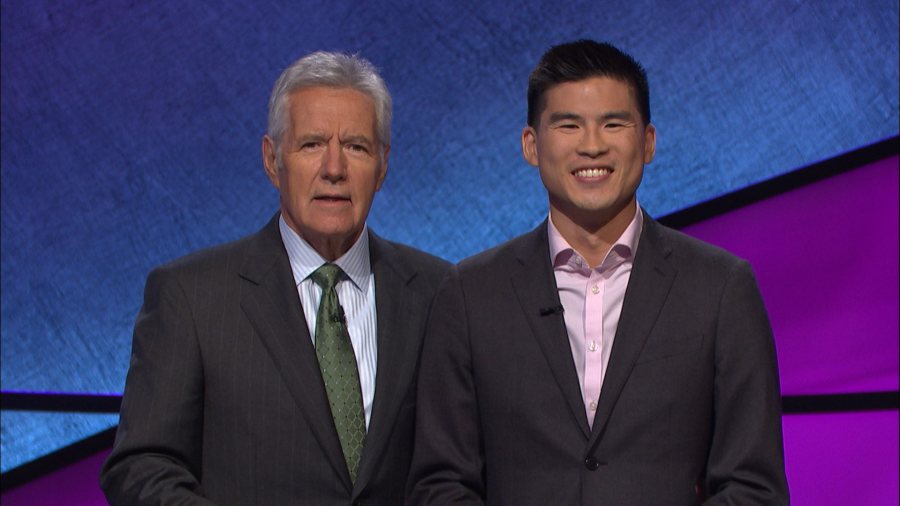 Ian Shin poses with Jeopardy! host Alex Trebek. Trebek, he said, “was very nice and was very charming with the audience.” (Photo courtesy of Ian Shin)

After a legal briefing and a rehearsal round, it was time to go. Turns out there’s a lot more that goes into the “nerd Olympics” than knowing a lot of stuff.

Multitasking, he says, is key: If you buzz in before Trebek finishes reading the question, you’re subject to a short delay, an eternity in the world of fast-paced, quiz-bowl-style games. Jeopardy! players have to juggle hearing the question, figuring out the answer, and hitting the buzzer at just the right moment.

There’s also a surprising amount of endurance involved. “You are standing up there for a half an hour, the lights are bearing down on you, you have to have a trigger finger,” Shin says. “There is a physical aspect of it that I didn’t expect.”

So Shin devised a system. “When Alex starts reading the clue, I am going to read the end of the clue to see what the last word is. So I keep that in my mind, and when I hear him say the last word, I will know when to buzz.”

Until his episode airs, we won’t know how that worked for him. But he says he made sure to name-drop Bates during the round. And whether Shin was a one-and-done contestant or became a returning winner, he is grateful for his firsthand look at an invaluable part of American pop culture that’s been on TV nearly continuously since 1964.

“In an era of fake news and alternative facts, Jeopardy! celebrates being informed and celebrates knowledge,” he says.  “It says, ‘You know something; come on the show,’ and rewards that. That’s something that I really appreciate.” 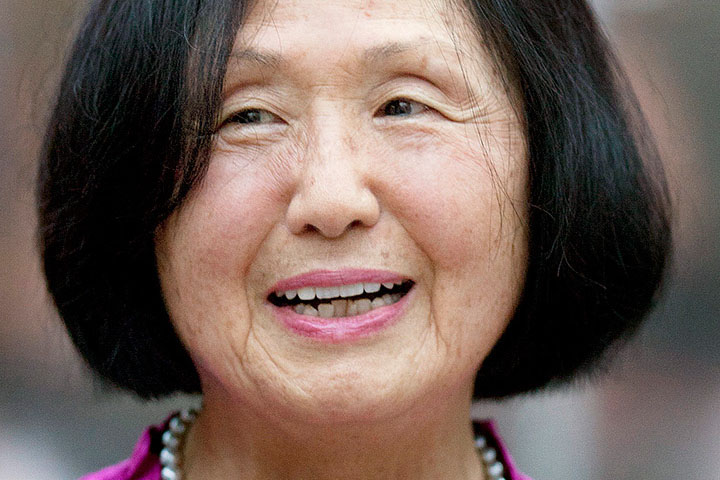