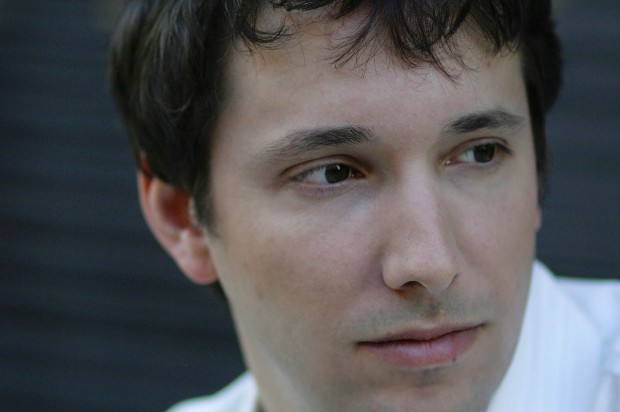 Metropolis Ensemble is a chamber orchestra dedicated to classical music in its most contemporary forms. Presenting a new generation of outstanding composers and performers, the ensemble attracts diverse audiences by promoting an atmosphere of openness, discovery and excitement about new music.

Originally performed by Metropolis Ensemble in a Brooklyn brownstone, the piece will be adapted for Olin Arts Center on Oct. 2.

Metropolis Ensemble is the focus of additional public events in Lewiston during its Bates residency. Also on Oct. 2, at noon, Cyr gives a Great Falls Forum address titled Renewing the Source: A New Model for Classical Music at the Lewiston Public Library, 200 Lisbon St. For more information, please call 207-513-3004.

Cyr and Metropolis musicians host two events at Bates on Saturday, Oct. 4: a music and technology workshop at 10 a.m. and an arts and entrepreneurship panel discussion at 12:30 p.m., both in the concert hall.

The ensemble’s Bates program consist of three works: the world premiere of an as-yet untitled piece by Bates composer William Matthews, and two pieces by Jakub Ciupinski, “Brownstone” (2010) and “Glitch,” a 2014 work for theremin and solo violin.

Commissioned by the ensemble, “Brownstone” is an electro-acoustic composition/installation. Originally performed by Metropolis players scattered through a three-story Brooklyn brownstone, the piece will be adapted for Bates’ Olin Arts Center, home of the college’s Museum of Art as well as classrooms, art and music studios, and the Olin Concert Hall.

Audience members will be free to wander, explore and create their own experience of the piece. “Brownstone” is structured around an electronic soundscape, derived from animal sounds from the BBC Nature Sound Effects Library, that will interact with the different instruments and the unique acoustics of each location.

Metropolis has appeared at major venues in New York City and beyond, and on National Public Radio and NBC television’s “Late Night with Jimmy Fallon.” The ensemble’s musicians include recent competition winners and finalists as well as participants in prestigious
young-artist programs and new music ensembles.

Since its inception in 2006, Metropolis Ensemble has commissioned more than 90 new works of music and produced three studio recordings. The ensemble commissions music from the freshest voices in composition. Its composers include Pulitzer Prize-winner Caroline Shaw, Juno Award and Guggenheim Fellowship recipient Vivian Fung, and Rome Prize-winner Erin Gee.

7 pieces of hopeful, loving, and creative advice from two artists’ 174 years of wisdom