By Victoria Stanton. Published on October 21, 2014

It doesn’t take a rocket scientist, or a physicist for that matter, to see the trend.

Sixteen physics majors graduated last year, and another 17 are declared physics majors in the Class of 2015, numbers that are easily the highest in a decade.

And the pipeline is pretty full, says Professor of Physics Hong Lin, who chairs the department and has been on the faculty since 1991.

In her sophomore- and junior-level courses, she’s seeing some of the largest enrollments in the department’s history. “It’s exciting to see more students interested in physics.”

There’s quality in the quantity, too. 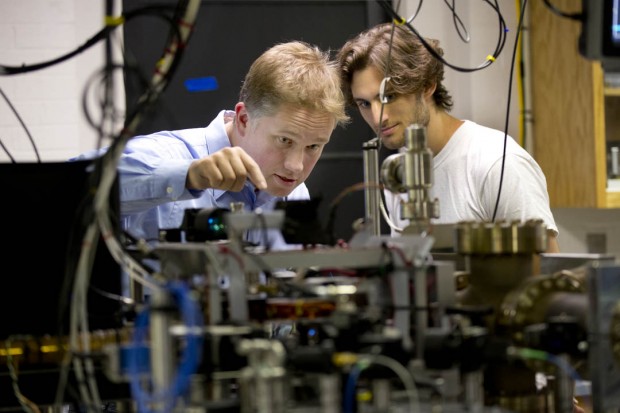 Seeing the dizzying variety of physics-related careers in action.

“At Bates, there’s close interaction between faculty and students — in classes and labs, during senior theses and when students work with faculty on their research.”

When they head off campus, students get to see the dizzying variety of physics-related careers in action. They learn new skills and become familiar with large-scale research operations.

And they make professional contacts, building relationships and a network that pay off when it comes time to pursue graduate school, a professional program, or other career direction.

“Students often become co-authors on research papers and receive letters of recommendation from their supervisors,” Semon says. “This gives graduate programs and other hiring entities insights into how our student compare with people already in the field.” 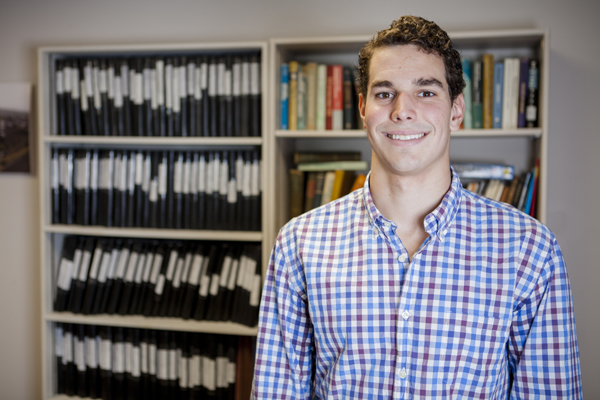 At the end of my fellowship experience I delivered a plenary talk titled “Raman and Infrared Studies of Few Layer TaSe2.” Though that might sound complex, I essentially shot light in many different ways at an atomically thin material and studied the optical properties.

I was also responsible for getting the group’s Fourier transform infrared spectrometer working, and taking preliminary results. No one in my group had used that particular machine yet, so I had to learn how to run it and write a standard operating procedure for my colleagues.

NIST was my first large research experience. Over the summer I learned so much about how research should be done. I could not be more thankful to be coming into my thesis knowing how to conduct research in an academic setting.

My responsibilities were so broad that at first I didn’t think I would be successful in my research. Not only did I perform good research, I even got to give the plenary talk for the Physical Measurements Laboratory at the end of the SURF program. 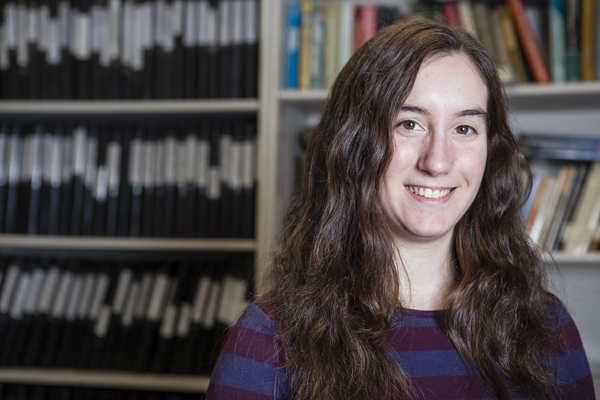 My research was on a substance called “nuclear pasta.” This is a state of matter that occurs at extremely high densities, like those found in the inner crusts of neutron stars.

Opposing forces mold the nuclear matter into strange shapes resembling various types of pasta, depending on the conditions of the system — gnocchi at lower densities, spaghetti and lasagna at higher densities. 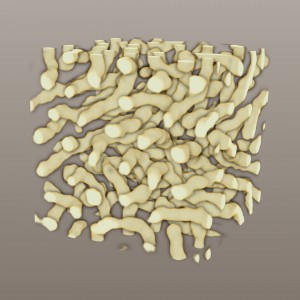 A visualization of “nuclear pasta” courtesy of the Advanced Visualization Lab and Professor of Nuclear Physics and Astrophysics Charles Horowitz of the University of Indiana.

I wrote a computer code that would calculate the forces on the particles given a relatively small number of nucleons — about 5,000 — at a certain density, and could develop the system to see what kinds of pasta shapes would be formed.

I also helped figure out how to work the department’s new 3-D printer so that we could print out the pasta shapes.

My research at IU was completely different from anything I have done at Bates. It involved relatively simple physics, but we were exploring a completely new state of matter. We could not have done it without computers — meaning that I had to teach myself some programming before I could do anything.

Probably the best part of the experience was really getting to feel like a physicist doing meaningful research. I got to work alongside physicists who had been doing research for years, and to contribute to their work.

I got to present my work at a conference in Hawaii this fall, at the joint meeting of the American Physical Society’s Division of Nuclear Physics and the Physical Society of Japan.

It was a great opportunity to network and to hear about other nuclear physics research happening around the world. 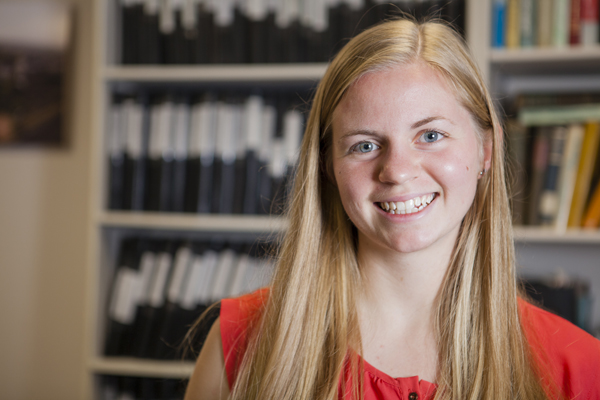 I shadowed a medical physicist in the radiation oncology department at UCSFMC. I studied quality assurance for the Gamma Knife Perfexion, a machine that delivers radiation to patients for treatment of brain cancer — usually smaller tumors, epilepsy, trigeminal neuralgia and arteriovenous malformations.

I also observed surgeries and a variety of radiation treatments for several other conditions including ocular tumors, prostate cancer, cervical cancer and larger brain tumors.

I applied skills I learned that semester and, of course, skills from all of my other physics courses to my research this summer. This work also ties in with my senior thesis, where I am doing a theoretical analysis of one of the treatments I observed this summer.

The best part was getting to observe the treatment planning process and see how the medical physicists collaborated with physicians, surgeons, nurses and radiation therapists to come up with a treatment plan that would treat the patients’ conditions while minimizing the impact of radiation on healthy tissues.

I was in awe watching all the experts from differing fields come together to solve a problem for each individual patient. 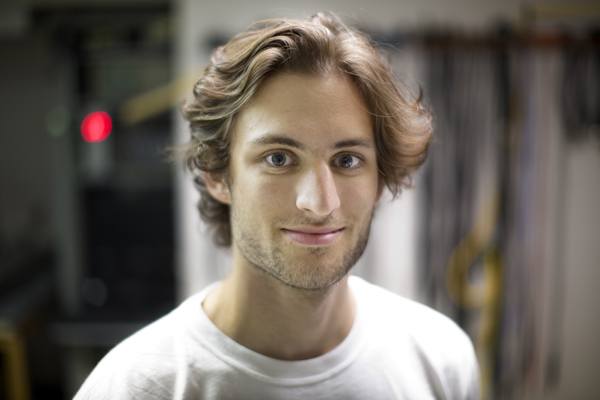 I worked with a group studying a small part of the theory behind what could in the future store and transmit information in a hypothetical “quantum computer.” In physics jargon, we call these quantum spin systems. Instead of modern day computers, which run on bytes — 1s and 0s — a quantum computer uses the behavior of single particles to store information.

We studied how single particles behave when placed in different graphs. By graphs we don’t mean the x and y graphs you remember from high school. Instead, these graphs consist of vertices, which are just dots in space, and edges connecting those vertices. The vertices are where the particle is allowed to reside. The edges designate the vertices that the particle may travel between.

When a particle is placed at a vertex and released, its location becomes probabilistic. We looked for graphs in which the particle could be released from a vertex and found some time later at another vertex with 100 percent probability.

This research was done largely with pen and paper, using a formula derived from the Schrdinger equation.

I am doing my thesis in Professor Nathan Lundblad’s Bose-Einstein condensation lab.The BEC creates quantum effects on a macroscopic scale by cooling atoms to very low temperatures. These two projects are related by their heavy reliance on quantum physics.

The best part of my experience was working with my summer adviser, Tino Tamon, and my wonderful student colleagues. It was also great being in beautiful upstate New York. The most surprising part was realizing that there is still new and accessible math and physics research being done with pen and paper!