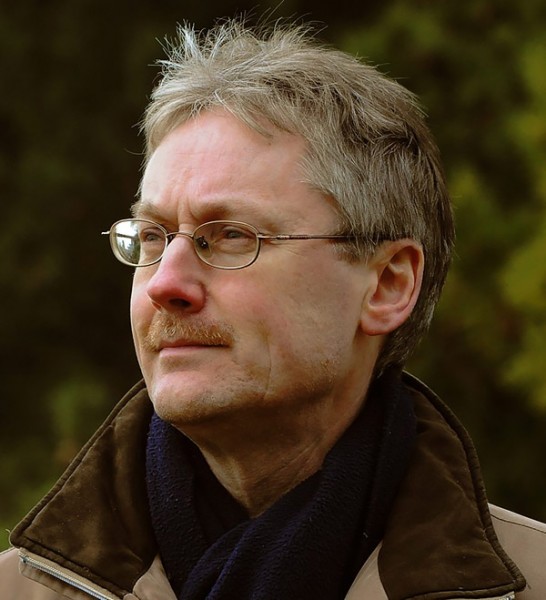 Mike Hulme is a professor of climate and culture in the School of Social Science and Public Policy at King’s College London.

Known for his scrutiny of the cultural dimensions of climate change, a British scholar brings the ancient philosophical concept of virtue to bear on the climate crisis in a lecture at Bates at 7:30 p.m. Monday, Nov. 17, in the Olin Arts Center Concert Hall, 75 Russell St.

Mike Hulme of King’s College London offers the annual Otis Lecture at Bates. A reception follows. Admission is free, but tickets are required and are available only online at bit.ly/oacbates. For more information, please contact 207-786-8371.

“He is a rare voice of sanity and humility in an increasingly rancorous and megalomaniac debate.”

Hulme’s Bates talk is titled Climate Change: What’s Virtue Got to Do With It? He will seek to relate contemporary anxieties about climate change with the ancient religious and philosophical idea of virtue, and with its renaissance in the field of virtue ethics.

Hulme is a professor of climate and culture in the geography department in the School of Social Science and Public Policy at King’s College. He applies historical, cultural and scientific analyses to representations of climate change in public and political discourse.

“I believe it is important to understand and describe the varied ideological, political and ethical work that the idea of climate change is currently performing across different social worlds,” Hulme writes.

In 2009, he published Why We Disagree About Climate Change (Cambridge University Press), chosen by The Economist as one of its science and technology books of the year. Here, Hulme provides an insider’s account of the emergence of climate change and the diverse ways in which it is understood — and he shows that climate change, more than being simply an ‘issue’ or ‘threat,’ can act as a catalyst to revise our perception of our place in the world.

This year he published Can Science Fix Climate Change? in which he argues that using science to radically affect the global climate is undesirable, ungovernable and unattainable.

Hulme joined King’s College in September 2013, following 25 years at the University of East Anglia. There he was a member of the Climatic Research Unit and later the founding director of the Tyndall Centre for Climate Change Research.

He served on the United Nations’ Intergovernmental Panel on Climate Change from 1995 to 2001, and has been an adviser on climate change to the European Union, the British government, and private and nonprofit organizations. Learn more about Mike Hulme: www.mikehulme.org/