Museum of Art show explores dialogue between makers of sculpture, works on paper 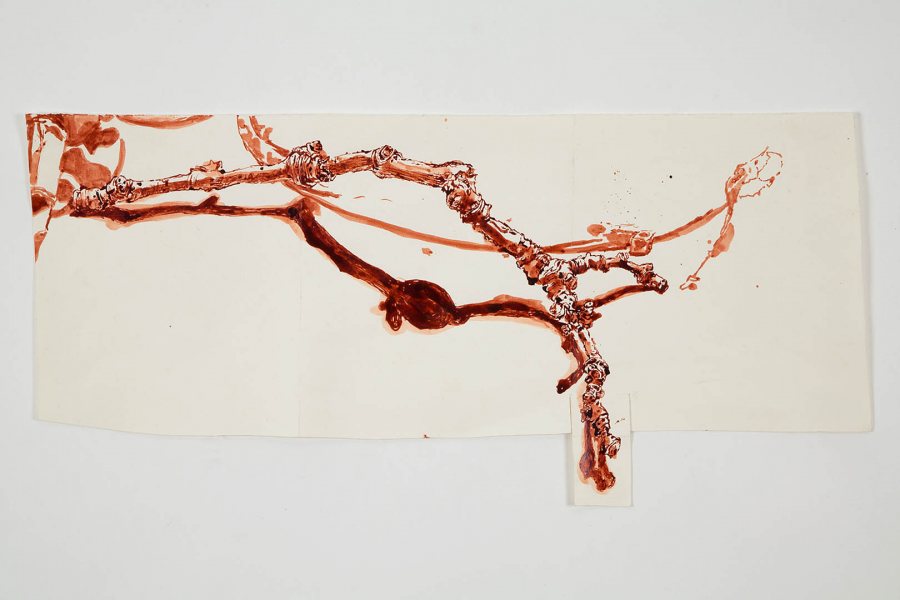 “Branch and Shadow” (2008), shellac-based ink on paper by Dawn Clements.

The artists featured in the Bates College Museum of Art exhibition Back and Forth: The Collaborative Works of Dawn Clements and Marc Leuthold discuss their collaborative process in a presentation at 6 p.m. Friday, Feb. 6, in Room 104 of the Olin Arts Center, 75 Russell St.

A reception in the museum, which is also located in the arts center, follows the lecture.

The exhibition runs through March 21. Museum hours are 10 a.m. to 5 p.m. Monday through Saturday, and until 7 p.m. Wednesdays during the academic year.

Admission is open to the public at no cost. For more information, please call 207-786-6158 or visit bates.edu/museum.

Also showing at the museum through March 21 is Photographs by Women: Recent Additions to the Permanent Collection, featuring black and white images by such artists as Donna Ferrato, Sally Gall, Susan Moldenhauer, Claire Seidel and Portland, Maine-based Denise Froehlich. 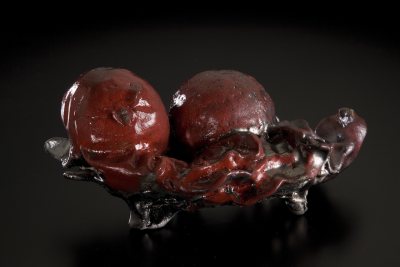 “Lemons” (after Dawn Clements), a 2008 piece in raku stoneware by Marc Leuthold.

In 2008, Dawn Clements, who primarily makes drawings and works on paper, and Marc Leuthold, who works primarily with clay, began the artistic collaboration that became Back and Forth. Clements and Leuthold collaborated long-distance, working individually in their own studios and then sending their art to each other.

This is the first exhibition to focus on what has become an extensive body of work. Learn more.

Clements interpreted sculptures from Leuthold as two-dimensional works. Some of her drawings focus exclusively on Leuthold’s forms, and others incorporate aspects of his work into larger drawings.

Conversely, Leuthold made sculptural responses to Clements’ two-dimensional works. Some are discrete sculptures that respond to Clements’ drawings, while others are “ceramic drawings,” or passages carved into his sculptures.

Some works were sent back and forth and interpreted several times, resulting in a fascinating visual narrative of discovery and process.

Both Clements and Leuthold are highly respected individual artists with long established solo careers whose work is sought after for exhibitions throughout the U.S. and abroad.

Clements’ work has an intimate, diaristic quality, though some of her drawings, created by attaching separate pieces of paper together, grow to 30 or more feet in length, often wrapping around a corner and extending to the ceiling.

Clements’ drawings are based on direct observation or scenes from movies, and she often incorporates multiple passages with different perspectives or points of view into one work. Many pieces focus on interior views of living spaces (some with notes written along the edges). Clements’ drawings are masterfully rendered and fascinating to explore. She most often uses sumi ink, ballpoint pen, gouache and other mixed media.

Leuthold employs carving, modeling, throwing and hand-building in a variety of clay bodies to explore a wide range of forms and subjects. The form of the wheel and its associations appear frequently, creating highly refined sculptures carved with variegated flutes and other structural and decorative embellishments.

Leuthold has also investigated the sculptural possibilities of clay (and occasionally bronze and glass) through series that focus on the figure, cones, clay drawings and large installations.

Some, such as the cones, address common ceramic issues such as the vessel or the interior vs. the exterior, but he brings these issues into a broader sculptural context. Others, such as the installations he has created since the late 1990s, push the traditional boundaries of the media materially and conceptually.