2015 ‘Inside Africa Fashion Show’ shares clothes, stories behind them 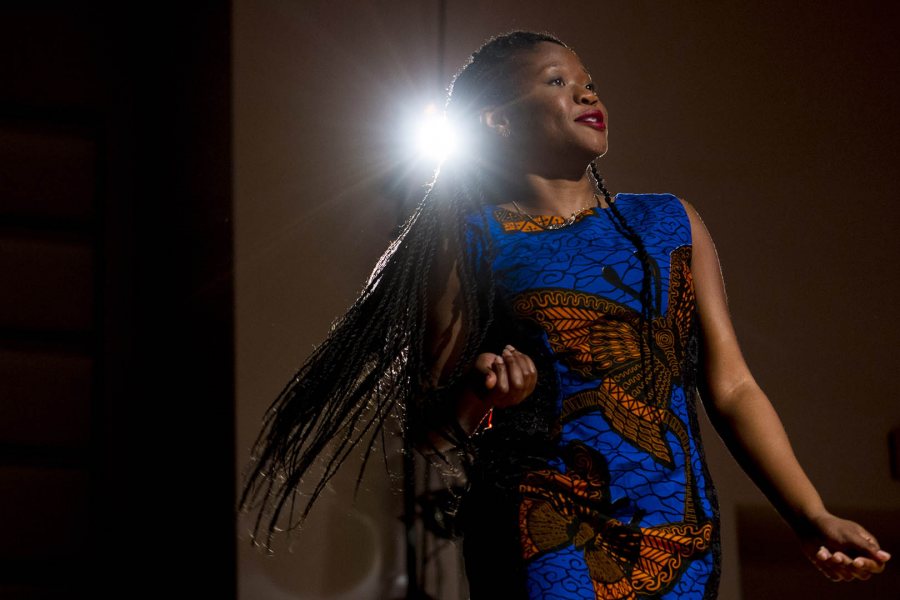 The Africana Club, a student group, sponsors and produces the event. It is free and open to the public but tickets are required, available at bit.ly/inside-africa-15. For more information, please contact nkanu@bates.edu or bmabaso@bates.edu.

As in past years, the event showcases contemporary and traditional clothing from around Africa as well as performances of dance, music and spoken-word poetry reflecting African culture.

“This year we expect to have around 30 models,” says event founder Nicole Kanu, a senior rhetoric major from Little Rock, Arkansas. Whether through fashion or performance, the event will represent at least 15 nations, from Senegal in the west to Somalia in the east, and from Morocco on the Mediterranean coast down to South Africa at the tip of the continent.

“We’ve gotten clothes from faculty, from staff, obviously from students — those who are from the continent and those who have studied abroad,” she says. “And from members of the community.” 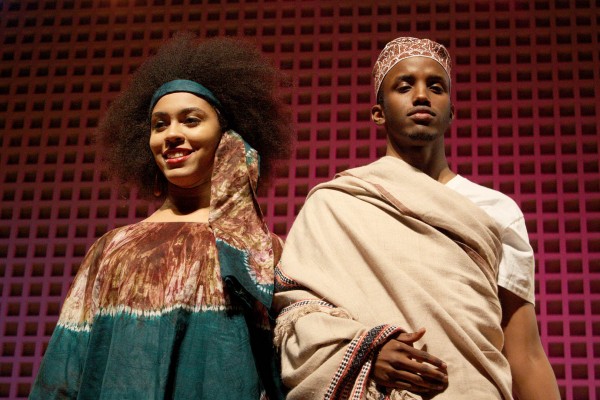 Kanu explains that this year’s show will emphasize the stories behind the outfits. “There will be a lot of personal narrative for the fashion and for the performances,” she says. “The people who own the clothes, you’ll hear what they feel about an outfit or the story of when they bought it. These clothes aren’t just coming from thin air.”

For example, Kanu herself is supplying an ensemble that her aunt, who lives in Nigeria, made for an elderly woman who belonged to Kanu’s church in Little Rock. The woman “was very interested in Nigerian culture, and African culture in general, and so that’s why she wanted it made.

“I think she may have gotten to wear it once, and then she died.”

For this year’s show, Kanu also hopes to include fashions by designers who came to Maine from Somalia and the Congo. This idea speaks to her overriding goal for the show, which has always been to connect people.

“In general, my passion lies in community development,” she says. “I’m very in tune with the fashion, but my point in having this show is really to bring people together, and I think that that’s one thing it has done. 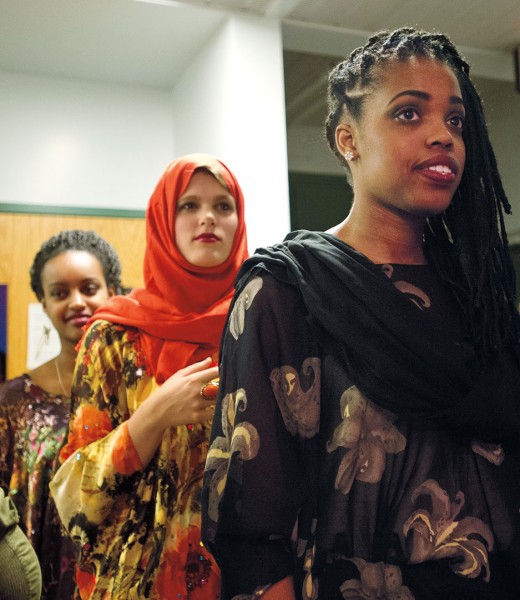 At the 2013 Inside Africa Fashion Show, Jessica Clergeau ’15 of Somerville, Mass., heads the line of models waiting to walk. (Michael Bradley/Bates College)

“Initially, I thought this might be a one-time thing. But people would come up to me at the beginning of the school year asking ‘When’s the fashion show?’ or saying ‘I want to model,’ and it’s their chance to be on the red carpet.

“It makes me happy to see them happy, so it has just kind of kept me going.”

Kanu launched Inside Africa in 2012, hoping to raise consciousness about the wealth and breadth of African culture. A rhetoric major, she will graduate from Bates in May, making this spring’s show her last, at least as a student.

Taking her place as producer the next time around is Bantu Mabaso, a first-year student from Mpaka, Swaziland. Kanu’s emphasis on community-building, says Mabaso, is what attracted her to Inside Africa.

“That’s what inspires me, and I feel that we can continue with it in so many different and innovative ways,” she says. “Fashion is an up-and-coming industry in Africa. There’s definitely potential for us.”