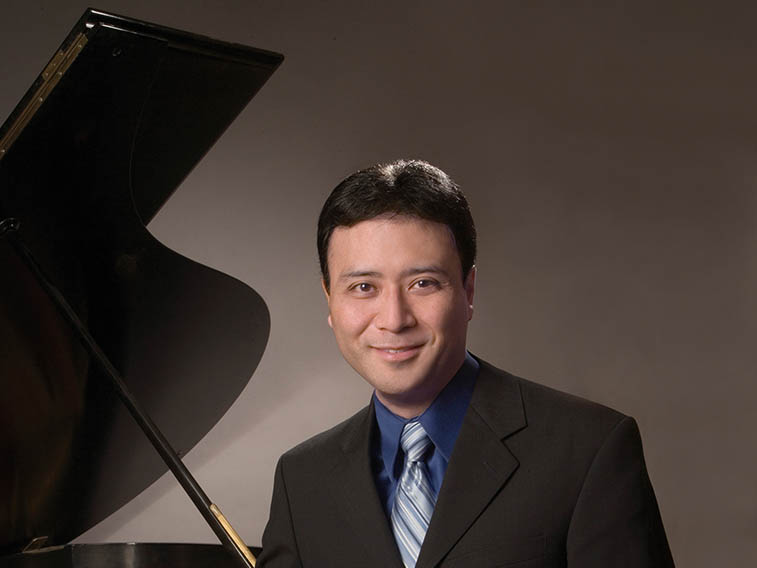 Classical pianist Jon Nakamatsu performs at Bates College at 7:30 p.m. Friday, March 27, in the Olin Arts Center Concert Hall, 75 Russell St. Praised for his clean technique and deep musical intuition, Nakamatsu has an impressive repertoire that ranges from Bach to present-day composers. He last performed at Bates in 2003.

Admission is $15, available at batestickets.com. A limited number of free tickets for Bates faculty, staff, and students and seniors 65-plus are available at bit.ly/oacbates. Nakamatsu’s appearance is supported by a generous gift to the college by Atsuko Hirai, Kazushige Hirasawa Professor Emerita of History, who died last year. For more information, contact 207-786-6135 or olinarts@bates.edu.

Nakamatsu took the world of classical piano by storm when, over many more-favored competitors, he walked away with the gold medal at the Van Cliburn International Piano Competition in 1997. He was the first American to win the title at the prestigious competition in 16 years.

It was a classic underdog story: Nakamatsu, a high school teacher, had studied with one piano teacher since age 6 and had never gone to a conservatory or college to study music.

Named 1998’s Debut Artist of the Year by National Public Radio, Nakamatsu has toured extensively — from Carnegie Hall to the White House, from Boston and Chicago to Milan, Paris, Budapest and Asia.

He has recorded 12 critically acclaimed CDs with Harmonia Mundi USA. His 2007 collaboration with the Rochester Philharmonic on Gershwin’s Concerto in F and “Rhapsody in Blue” reached No. 3 on Billboard’s classical chart and stayed on the chart for almost six months.

Critics across the board applaud Nakamatsu for his crisp and elegant style. Bernard Holland of The New York Times says, “This young American pianist has stunning technical control and can do anything at the piano he wants.” Music reviewer Richard Scheinin describes Nakamatsu’s playing as “fluid like Chopin, but also with crisp springboarding chords.”

Whether he is playing solo or with an entire orchestra, Nakamatsu remains in control of the entire musical landscape, delivering energetic and sophisticated performances with a down-to-earth charm and nimble fingerwork.

Nakamatsu often performs and records with clarinetist Jon Manasse. The two are co-directors of the Cape Cod Chamber Music Festival. He serves as a judge in several piano competitions.

Bates historian Hirai had a special regard for Nakamatsu’s artistry. A gifted soprano in her own right, Hirai’s love of history was matched by her devotion to music.