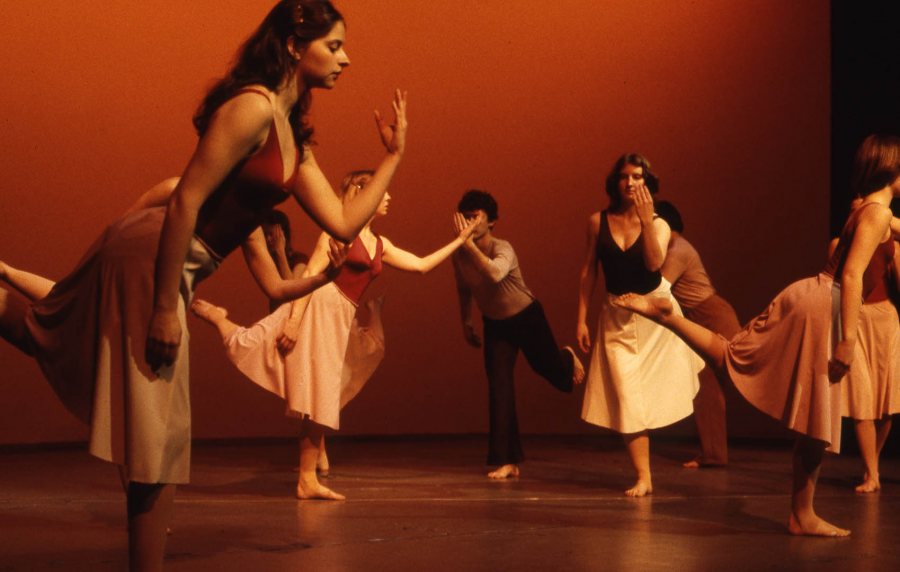 Marcy Plavin, who created the modern Bates College dance program in 1965 and retired 40 years later, stays in touch with many of her former students. 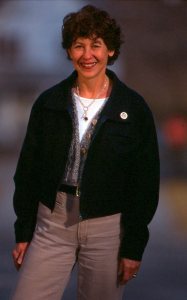 How many? “Probably 100,” says Plavin, who keeps track of birthdays and anniversaries, and whether her former students still have dance in their lives. “We’re a tight group.”

In Bates circles, Plavin is celebrated not just for the dance program she established, but for doing so with a warmth and inclusiveness that made her a legend among her students. On May 2, dozens of those students will return to Bates, some from as far away as California and Florida, to perform in a reunion concert that will pay tribute to this remarkable teacher and friend.

“We’re bringing back my work,” Plavin says, “but we’re celebrating just getting together, which we always do.”

Titled The Art of Living Through Dance, the reunion performance takes place at 8 p.m. Saturday, May 2, in Bates College’s Schaeffer Theatre, 329 College St. Admission is open to the public at no cost. For more information, please contact 207-786-8294. 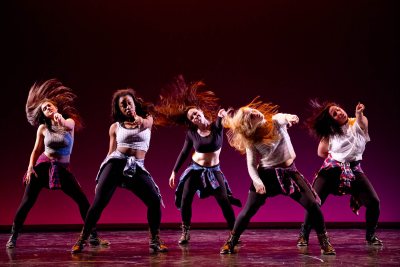 Members of the Bates Dance Company perform “Power Lines,” a senior thesis piece by Isaiah Rice ’15. Performed at the 2015 Spring Dance Concert, the piece will be reprised in the May 2 dance alumni reunion concert. (Phyllis Graber Jensen/Bates College)

The first part of the program consists of dances choreographed and performed by alumni, many of whom are still active in dance, as well as by current students. For the second part, dozens of dancers will present a piece — created during the day of the concert — based on 16 of Plavin’s favorite pieces from her time at Bates.

The 11 works in the opening half of the concert run a gamut of styles, from ballroom to modern, from hula to hip hop. Choreographers include Marcy Plavin’s daughter Lynda Plavin Fitzgerald, who attended Bates and is director of dance at Anne Arundel Community College; Michael Foley ’89, assistant professor of dance at the University of South Florida; and two current seniors, Leroy Barnes of Woodbridge, Va., and Isaiah Rice of Charlotte, N.C.

For the second half, “Marcy’s Legacy” will represent dances made at Bates throughout Plavin’s tenure, ranging back to the Bates Modern Dance Company’s public debut, in 1969. The dancers will be arranged into eight teams according to class year, dating back to 1970, and each team will choreograph and perform one segment of “Marcy’s Legacy.” 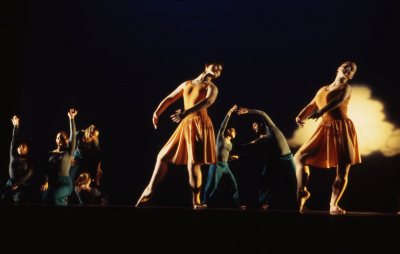 The Bates Modern Dance Company performs “A Romp” in 1997. Dance alumni perform on May 2. (Leonard Plavin, courtesy of Marcy Plavin)

To create each section, the dancers will base their choreography on just the accompanying music, short descriptions and two images from the original dance — images taken by Plavin’s husband, Leonard Plavin, a prolific photographer who passed away in 2010.

“The dancers get together and in a few hours make small sections of choreography that all get put together into a big piece,” explains Carol Dilley, associate professor of dance and Plavin’s successor as dance program director.

Current Bates undergraduates have taken part in previous dance alumni reunions, but they will be more prominent than ever in the May 2 concert as both performers and choreographers.

That’s significant. In a program designed with legacies in mind, it’s important to emphasize the continuity in the Bates dance community, says Hannah Miller, a reunion organizer who graduated from Bates in 2014 and is now a member of the theater and dance department staff. (A dancer herself, Miller served as stage manager for Bates dance performances as a student, a role she will reprise for the reunion concert.)

The reunion is an opportunity for the younger dancers to “see how dance can be a part of your life even if it’s not necessarily your profession,” Miller says. “It’ll be great for our students to meet the alumni, see where our program has come from and think about how it’s much bigger than we are, and about how a relationship with Bates can expand beyond your four years here.” 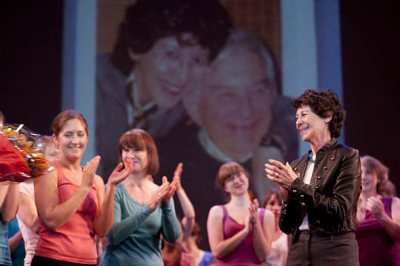 In addition, Miller says, works like those by Isaiah Rice and Leroy Barnes — the hip hop pieces in the first half of the program — “are a true reflection of what the program looks like now. We are a very diverse group with different stylistic and cultural interests.”

Reunion organizers expect 90 or more dance alumni to attend the reunion. Some 70 will perform. Why such loyalty? Part of it is loyalty to Plavin herself. “Dance alumni all talk about Marcy and what she did for them, and how she brought people together,” Miller says. “The relationships they’ve formed with each other are really amazing, and Marcy is at the center of that.”

But dance itself, especially at Bates, is a powerful unifying force all on its own. “The community that we make in dance is really strong,” Dilley explains. “What you remember from college, regardless of your major or who you lived with, are the dances that you made and the people that you made them with.

While dance at Bates dates back to the 1930s, the current program took shape under Plavin. Her remarkable legacy includes the creation of the student dance company, now known as the Bates Dance Company; the 33-year-old, internationally renowned Bates Dance Festival; robust visiting programs in local schools; and generations of devoted alumni — some of whom, like choreographer John Carrafa and dance historian Suzanne Carbonneau, are major names in the national dance scene.

Incorporating theory, technique and composition, “the dance program still has all of the courses that I got from Marcy when I first came,” says Dilley, whose own considerable accomplishments include the establishment of a dance major at Bates, in 2011 — the first dance-only major at a Maine college. “That core is still there — we just have a lot more of all of it. 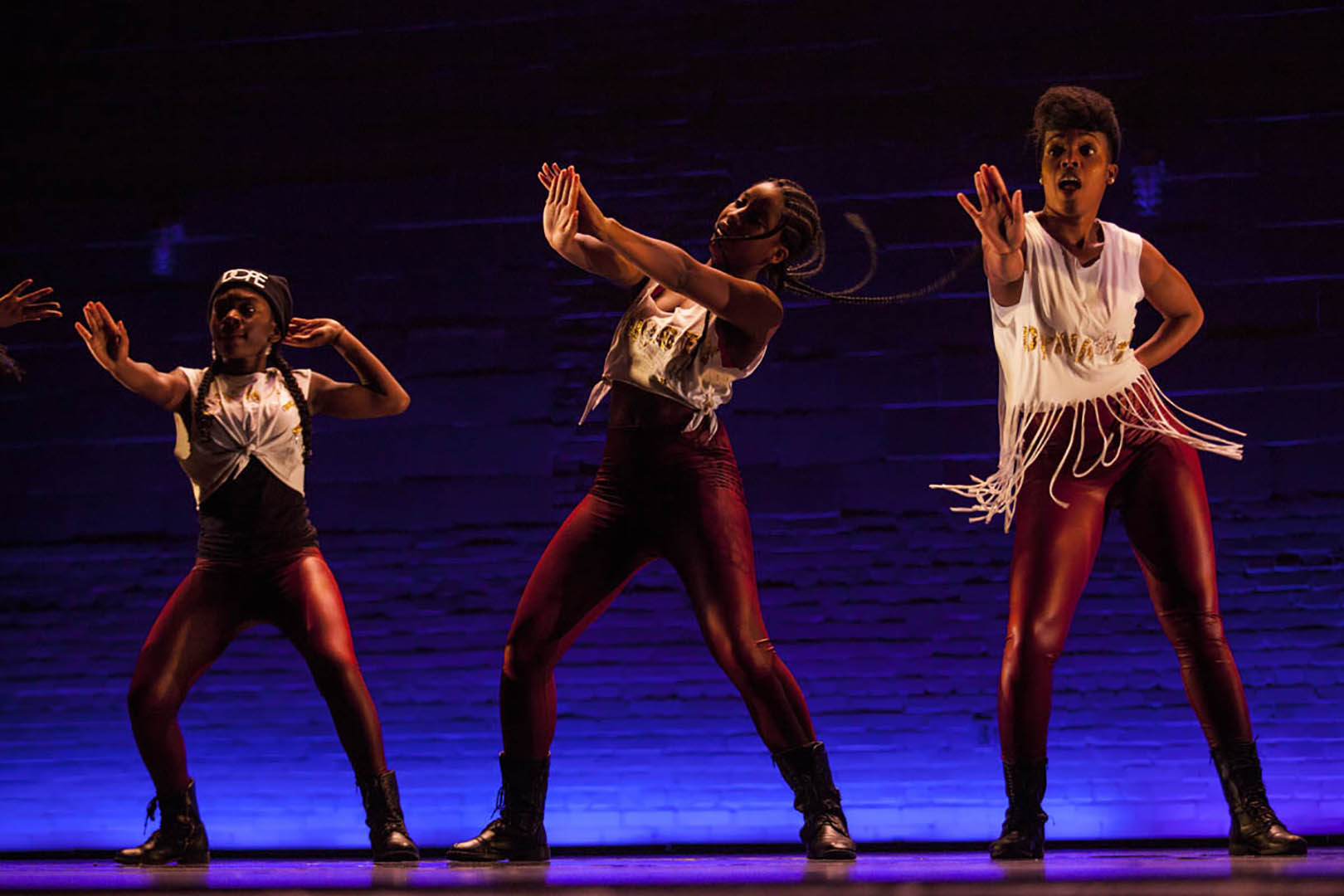