Bates and Bates people are part of the main event in media coverage ahead of the 50th anniversary of the famed Muhammad Ali vs. Sonny Liston boxing match, held in Lewiston on May 25, 1965. 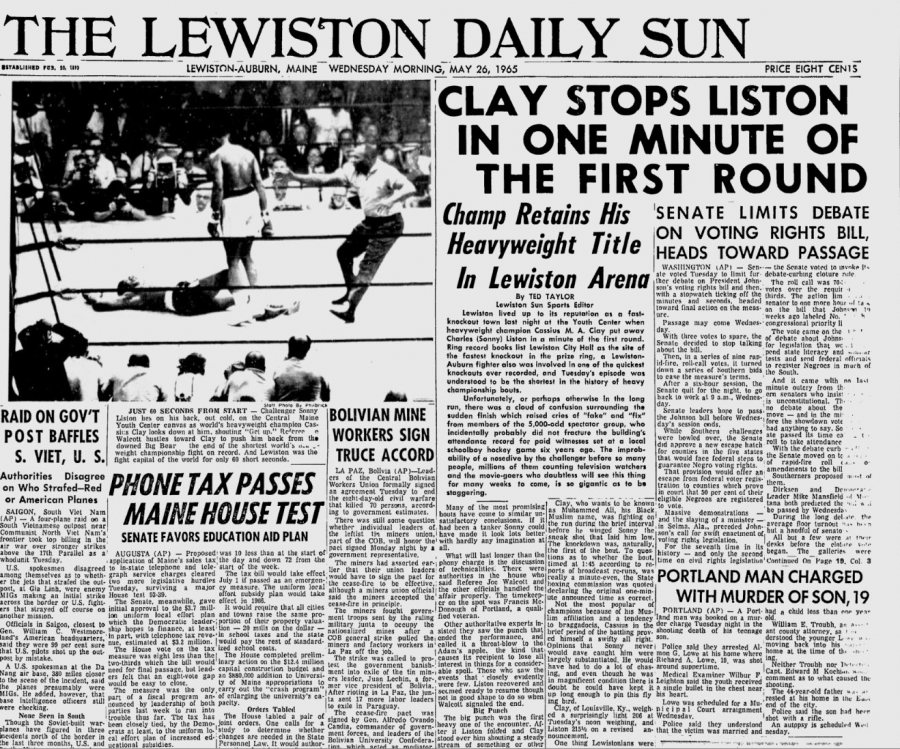 The May 26, 1965, front page of the Lewiston Daily Sun (now the Sun Journal). The fight story refers to Ali as “Cassius M.A. Clay,” the media not yet agreeing to refer to the boxer as Muhammad Ali.

The Times story steps outside the ring to look at the social and cultural fabric of Lewiston, then and now. In the process, it talks about Bates’ evolving relationship with the city, from being a disengaged “leafy oasis of privilege” in 1965 to a more robust community partner today.

Meanwhile, the Lewiston Sun Journal published a major commemorative print and online edition, “The Phantom Punch at 50,” the title referring to Ali’s lightning right jab, seen by few, that felled Liston midway through the first round.

During the final week of May 1965, Bates was in session — final exams were taking place — so a number of students found their way downtown to see, and sneak into, the fight at the Central Maine Youth Center, now the Androscoggin Bank Colisée.

The Fight (and what hoopla!) 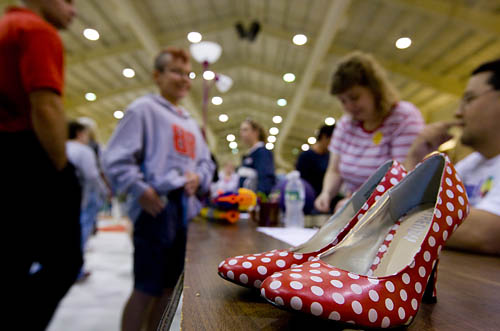