Peter Casares has been the head coach of the Bates swimming and diving program for 13 years.

One of the first things he did after his hiring was offer lessons for schoolchildren in the community. One of his first pupils was 9-year-old Matt Charest ’20 of Lewiston.

“Matt would come in on Sundays two or three times a month to work with me one-on-one,” Casares said. “And when we decided to run a swim camp, I mentioned to him, as a 9-year old, ‘You know, you’re a good swimmer, you learn really well, I can tell this matters to you. So maybe you should look into this swim camp we have.’”

Charest attended that swim camp and immediately fell in love with it.

“Getting to stay overnight really got me interested in Bates,” Charest said. “Getting to have food at the dining halls was amazing for me as a kid, getting ice cream all the time.”

The now-senior captain of the Bates men’s swimming and diving team returned every summer, first as a camper and then as a counselor, becoming a Bobcat for life. 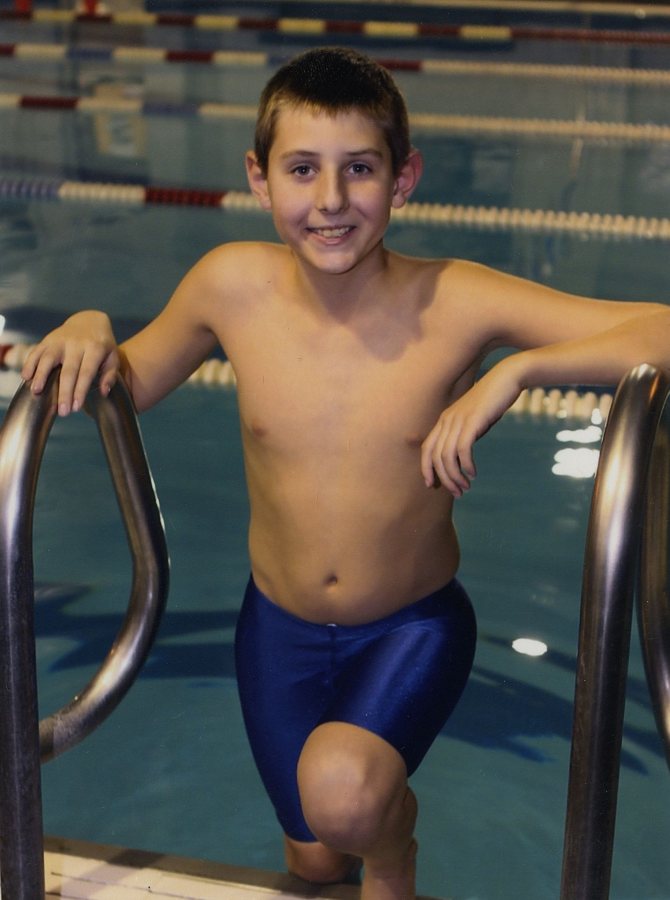 Matt Charest as a young boy at the Bates swim camp. (Photograph courtesy the Charest family)

“The thing about Matt is that he is an extraordinary leader by example,” said Nathan Berry ’23 of Augusta, Maine.

“All the way up from being swim campers together and doing morning practices when we were counselors together. And now, seeing him in practice every day, I look over and he’s kicking really hard, and he’s moving, and I’m like, ‘Man, I can’t lose to Charest!’”

Next up for Charest and his team are the NESCAC Championships, Feb. 20–23 in Williamstown, Mass., where his goal is to qualify for NCAAs in March, in a relay event. 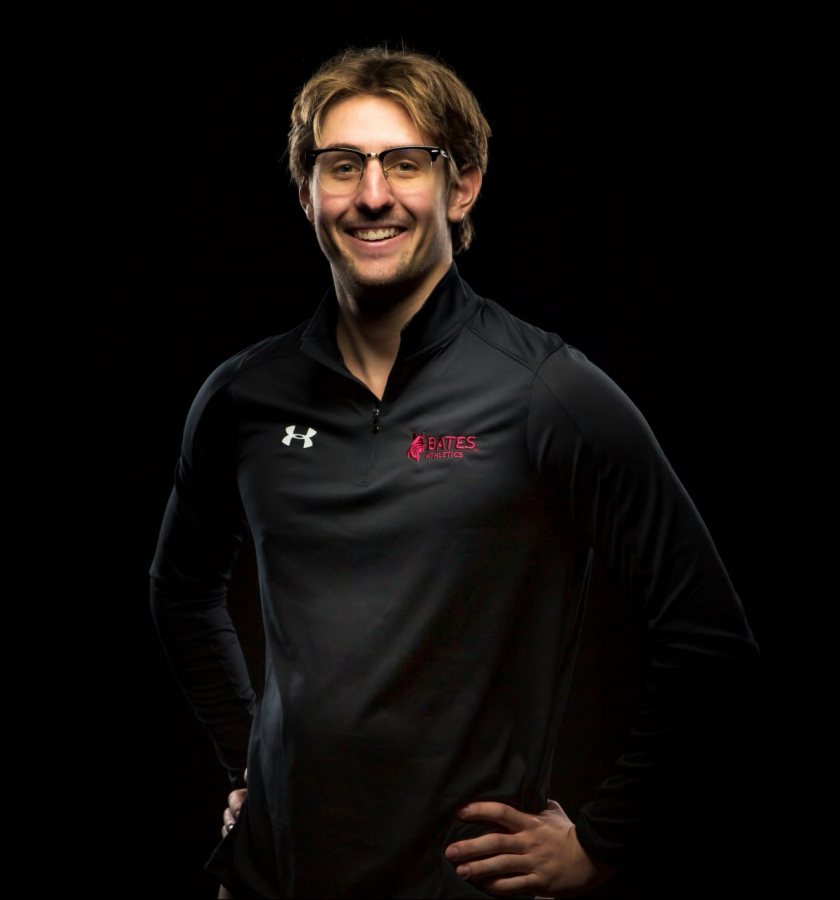 Graduation is just a few months away, but the past 13 years have given Charest, who hopes to coach his own swim team one day, a proud connection to Bates that few others can claim.

“It will always be a part of me,” Charest said. “And I can’t thank this pool enough and everybody that’s supported me enough. So, it’s bittersweet, but I’m excited for the future.”