Documentary filmmaker to discuss her craft in 2015 Otis Lecture 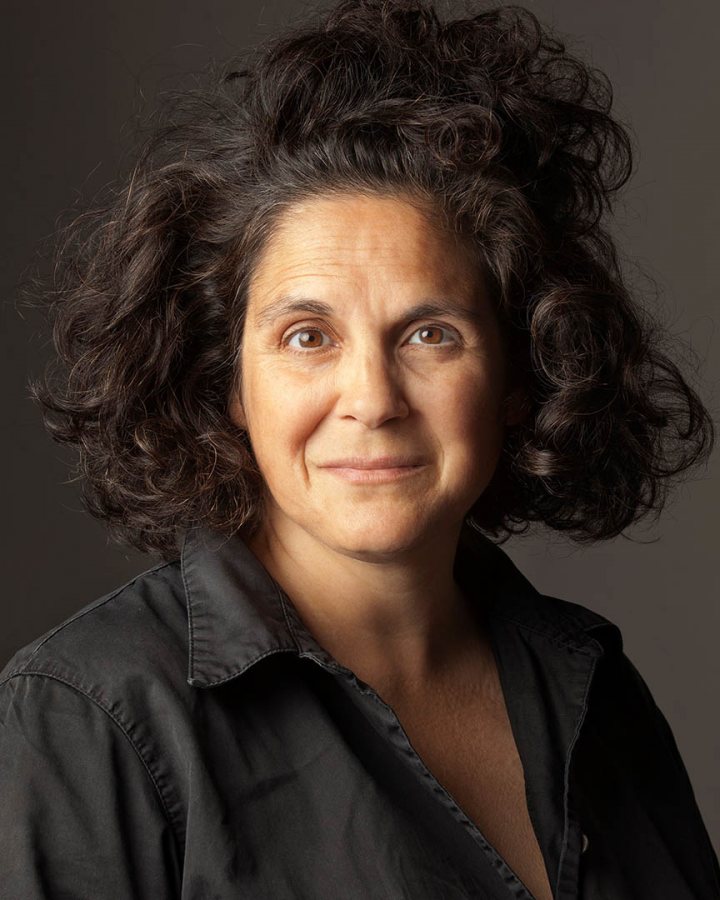 Jennifer Baichwal, a filmmaker whose award-winning documentaries have explored subjects as diverse as the life of writer Paul Bowles, the nature of indebtedness and the metaphysics of being struck by lightning, offers the annual Otis Lecture at Bates College at 7:30 p.m. Monday, Oct. 5, in the Olin Arts Center Concert Hall, 75 Russell St.

Baichwal’s talk at Bates is titled Plans are Subject to Change: An Existential Approach to Documentary Filmmaking.

Made possible by the Philip J. Otis ’95 Endowment, the talk is open to the public at no cost, but tickets are required, available at bates.edu/Otis. A reception follows the lecture in the Olin Arts Center Lobby. For more information, please call 207-786-8371.

The Philip J. Otis Endowment was established in 1996 by a gift from Margaret V.B. and C. Angus Wurtele in memory of their son, Philip, a member of the Bates class of 1995 who died attempting to rescue injured climbers on Mount Rainier.

Baichwal has directed and produced documentaries for 20 years. “While much contemporary documentary filmmaking is polemical . . . Baichwal’s work is decidedly different,” Daniel Baird wrote in the magazine Canadian Art in 2013.

“I’m just not a polemical kind of person,” Baichwal told Baird. “I tend to see complexity. I think this comes from my philosophical background — I believe one can embrace complexity and sustain meditation.”

Her first film, Looking You in the Back of the Head (1995),” examined the problem of personal identity as Baichwal asked 13 women to try to describe themselves. It premiered to critical acclaim on TVOntario and was subsequently sold for broadcast across Canada.

Baichwal’s feature documentary debut was 1998’s Let it Come Down: The Life of Paul Bowles, which a New York Times reviewer called the “definitive film biography” of the expatriate novelist and composer. Winner of a 1999 International Emmy for Best Arts Documentary, the film has been broadcast and selected for film and television festivals all over the world.

‘I believe one can embrace complexity and sustain meditation’

The trio’s second collaboration is 2014’s Watermark, a feature documentary about human interactions with water around the world. Baichwal and Burtynsky co-directed, and de Pencier produced and shot the film. A box office success in Canada, Watermark won the Toronto Film Critics Association prize for Best Canadian Film in 2014.

Baichwal is currently conducting research for another collaboration with de Pencier and Edward Burtynsky: Anthropocene, planned for a 2017 release.

Her other films include:
• The Holier It Gets (1999), Baichwal’s most personal work, documenting a trek she took with her siblings to the source of the Ganges river with her father’s ashes;
• 2002’s The True Meaning of Pictures, a feature-length film on the work of Appalachian photographer Shelby Lee Adams;
• Act of God, a 2009 exploration of the metaphysical effects of being struck by lightning;
• and 2011’s Payback, a documentary adaptation of Canadian author Margaret Atwood’s book Payback: Debt and the Shadow Side of Wealth.

Baichwal was born in Montreal and grew up in Victoria, British Columbia. She studied philosophy and theology at McGill University and received a master’s of arts degree in 1994, supported by a McGill Major Fellowship and a two-year FCAR Master’s Scholarship.

In recognition of Philip Otis’ appreciation for nature, the Otis Endowment helps support Bates programs with an environmental focus, in particular those exploring the spiritual and moral dimensions of humanity’s relationship with the environment.