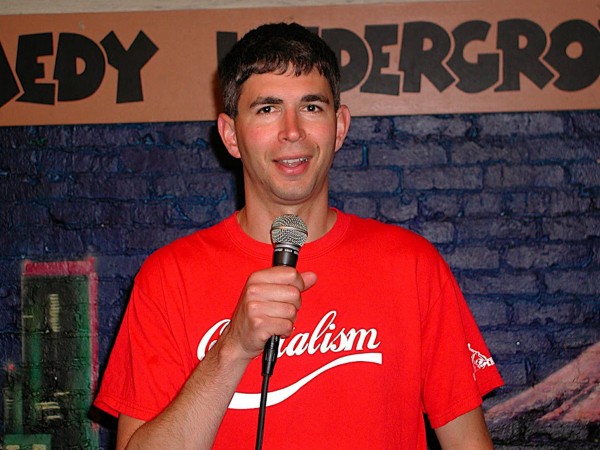 The lecture is open to the public at no cost. It is presented by the economics department and co-sponsored by the departments of geology, politics and psychology; the environmental studies program; the division of social sciences; and the Office of the Dean of the Faculty. For more information, please call 207-786-8296.

Bauman’s goals in life, he says, are to spread joy to the world through economics comedy, to reform economics education and to implement carbon pricing. He performs regularly at colleges and corporate events, sharing the stage with everyone from comedian Robin Williams to political and economics commentator Paul Krugman.

Bauman is an environmental economist focusing on climate-change economics and policy. He is the founder of CarbonWA.org, a campaign in Washington state that is on the verge of putting a revenue-neutral carbon tax on the November 2016 ballot — the first such ballot measure in the nation.

Bauman lives in Seattle, where he founded Non-Profit Comedy, a series of benefit shows that raised almost $100,000 for local non-profits.

He has appeared in Time Magazine and on PBS and NPR, and is the co-author of the two-volume Cartoon Introduction to Economics (Hill & Wang, 2010), which has been translated into several languages.

He received a bachelor’s degree from Reed College and a doctorate in economics from the University of Washington. His website is www.standupeconomist.com.