Federal aid should be about helping students get the skills and knowledge they need to succeed. — Politico

Jamie Merisotis ’86, an articulate and consistent voice for greater access to higher education, has been in the news following publication of his book, America Needs Talent: Attracting, Educating & Deploying the 21st-Century Workforce. 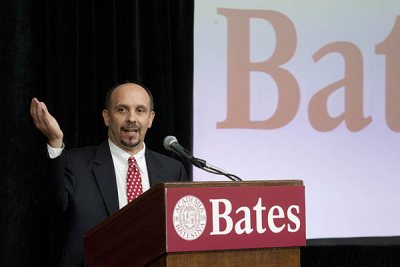 Jamie Merisotis ’86, a Bates trustee and a dedicated advocate for improved access to higher education, moderated a 2011 symposium at Bates on higher education and affordability. (Phyllis Graber Jensen/Bates College)

He tells Indianapolis Monthly that “talent is what made us great in the 20th century.”

Yet, for the better part of four decades, “the national higher-ed attainment rate has been flat. If we want a second American Century, we have to invest in talent.”

Indeed,in a Chronicle of Higher Education interview, Merisotis says that “the U.S. labor market is signaling increasing dissatisfaction with what it’s getting… It’s looking for different ways to get the talent that it needs.”

Writing in Politico, Merisotis, president and CEO of the Indianapolis-based Lumina Foundation, suggests one way that the U.S. could do a better job at investing in talent.

His idea is to allow students to use federal financial aid for alternative, “non-bachelor’s pathways” toward post-secondary education:

Colleges and universities will continue to have a critical place in educating our country. But if the purpose of financial aid is to open doors for students, and give them more potential pathways in life, then the most effective use of federal aid will place less emphasis on how education is delivered, and more on whether students are receiving the skills and knowledge they need to succeed.

“Higher education is about feeding the economy with the talent it desperately needs.”

Merisotis, a Bates trustee, who has also written in the Huffington Post about the many benefits of higher education, including better physical health, says that “higher education attainment isn’t just about the money — it’s about the people, and opening up the worlds of opportunity that only education can provide.

“It is about enriching lives and communities, reducing crime, increasing engagement, and feeding the economy with the talent it desperately needs.

He completed the 2.5-mile course in 29:14, with two current Colby students finishing second and third.

Sugarloaf has a 4,237 foot summit—the second highest peak in Maine. 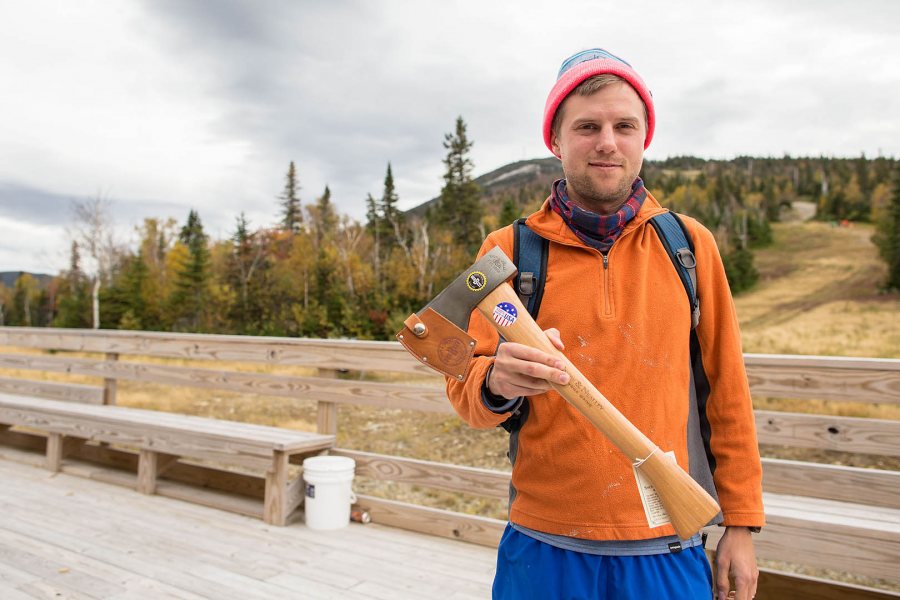 It’s time to let bygones be bygones. Right? Not for one fan — New England Public Radio

We’re Pats fans but we’re meritocratic Patriots fans. We’re meripatriotic! Which means giving Mike Lieber ’92 another nod for a another story in the media about his sideline business selling “Deflatriots” hats, T-shirts, and other gear.

The gear mocks the Patriots and their quarterback, Tom Brady, who alleged used intentionally deflated, and thus easier to handle, footballs during their Jan. 18 playoff game vs. the Indianapolis Colts, the team that Indy native Lieber grew up rooting for.

With the Patriots meeting the Indianapolis Colts on Sunday, National Public Radio interviewed Lieber, now living and working as a lawyer in Chicago.

Reporter Jill Kauffman says that “when the Pats play the Colts in Indianapolis Sunday, Mike Lieber will be there, selling gear. He says you can almost be sure during the game, up on the Jumbotron, you’ll see someone wearing a flat football on their head.”

Concord (N.H.) High School’s championship football team will be honored tomorrow at the school’s homecoming game, and the Concord Monitor interviews Kevin Madden ’05, a linebacker and tight end on that team who played at Bates.

“There really are a lot of good memories. A lot of pride,” Madden tells reporter Sandy Smith.

At a former teammates’ recent wedding, Madden says, “we must have watched the highlight tape (of the 2000 season) at least 20 times over weekend.”

“It was a good group of guys. We had all known each other a while, playing football and other sports together throughout the city.”