In world premiere, ‘Marie and the Nutcracker’ updates familiar story 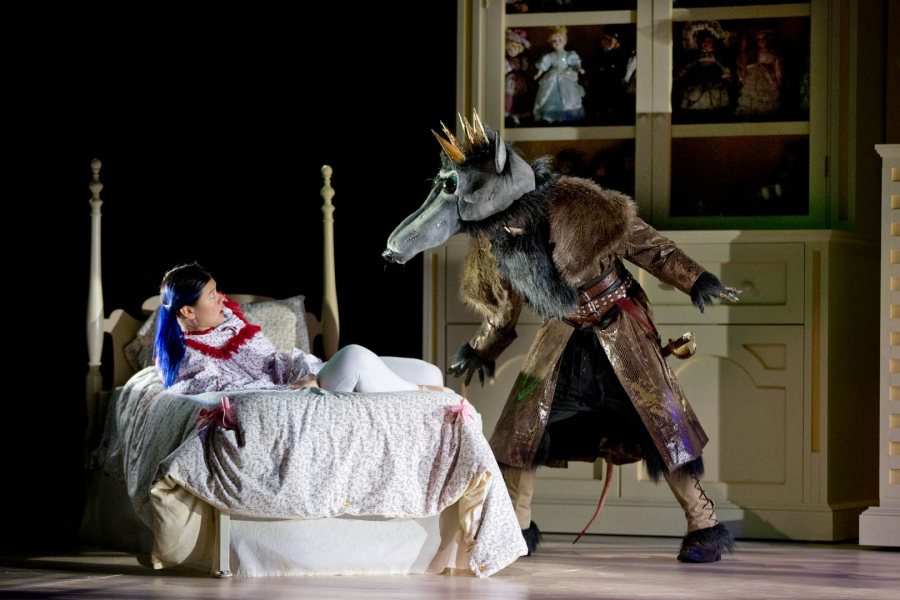 Keila Ching ’18 of Honolulu portrays Marie, and Sam James ’17 of Raleigh, N.C., is the Mouseking in Dana Professor of Theater Martin Andrucki’s “Marie and the Nutcracker.” (Phyllis Graber Jensen/Bates College)

With shows through Monday, a classic holiday tale gets a modern twist in the current mainstage theater production at Bates.

Martin Andrucki, Charles A. Dana Professor of Theater, has adapted German writer E.T.A. Hoffmann’s original story about a magical nutcracker to create a play that’s set in the present day and titled Marie and the Nutcracker.

Every Christmas season, audiences around the world flock to productions of the classic 1892 ballet The Nutcracker, the tale of a young girl, an evil Mouseking and the Nutcracker-turned-prince. The ballet was scored by Pyotr Ilyich Tchaikovsky and choreographed by Marius Petipa and Lev Ivanov. 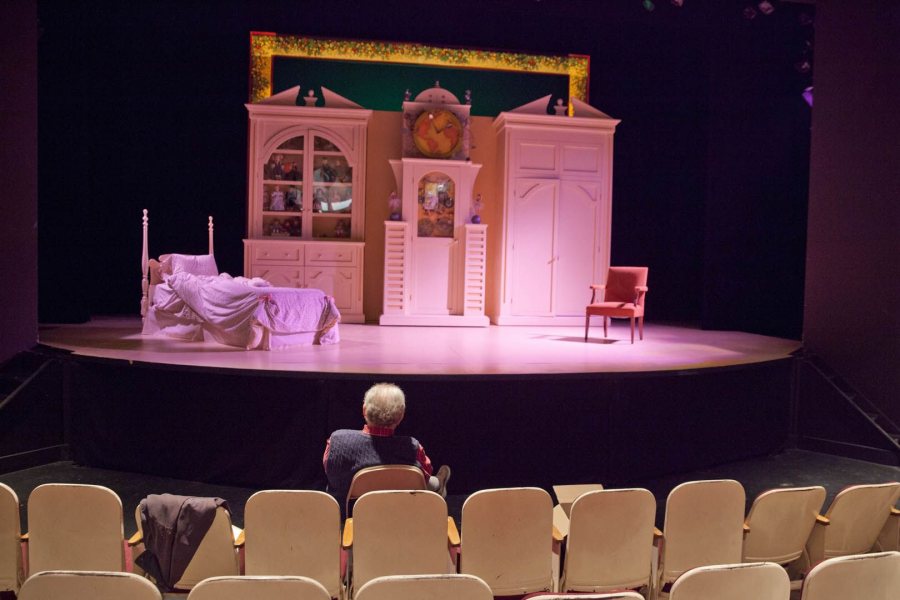 Fewer people, however, are familiar with Hoffman or his children’s story The Nutcracker and the Mouse King, upon which the famous ballet is based. (Where the ballet’s heroine is named Clara, she is called Marie in Hoffmann’s story, and Andrucki’s adaptation retains that name. In Hoffmann’s original, Clara is Marie’s doll.)

“I had this idea that it would be interesting if we had another Christmas play, you know, besides A Christmas Carol. And the original Nutcracker story seemed like a fairly obvious choice,” he says. Because of the ballet, it’s “familiar to everyone.”

But while ballet doesn’t figure in Andrucki’s play at all, the playwright has kept much from Hoffmann’s plot that was lost en route to the ballet.

As he studied Hoffmann’s novella, Andrucki noticed elements that would translate well onto the stage as a play. He saw an opportunity to tell Hoffmann’s full story and a chance to add reflection on the way that the Christmas holidays are celebrated today.

Hoffmann’s story is both darker and more complex than the ballet. As in the ballet, a girl is given a nutcracker by her aloof uncle Drosselmeier just before Christmas. At night, she sees the nutcracker come to life in her bedroom, but her family does not believe her.

Andrucki’s students will learn “how important it is to have a sense of stagecraft as part of your equipment as a writer.”

The next day, Drosselmeier tells her a story, “The Tale of the Hard Nut,” explaining the history of the mutual animosity between the evil Mouseking and the Nutcracker, who was once a man. Drosselmeier’s story gives Marie the chance to change the Nutcracker’s fate.

In Andrucki’s version, Marie and her younger brother are children in 2015. Her brother asks for the latest video games for Christmas, and her mother and older sister bemoan the commercialization of the holiday season.

In these scenes, the play is rooted in reality. Only when Drosselmeier tells the story of the nutcracker does the play enter, as Andrucki puts it, the period of “once upon a time.”

Andrucki also directs this production. Directing his own work, he says, creates both challenges and opportunities. “I’m finding it a challenge to try and remain objective about my own work, like a director has to be,” he says.

Only when Drosselmeier tells the story of the nutcracker does the play enter the period of “once upon a time.”

However, his double role gives his students a firsthand glimpse into the ongoing nature of the writing and rewriting process. “They learn something about how a play evolves during production, and how someone who’s a playwright changes or revises the script in order to make it work onstage,” he says. “And how important it is to have a sense of stagecraft as part of your equipment as a writer.”

The cast includes Keila Ching ’18 of Honolulu as Marie and Nate Stephenson ’18 of Ellsworth, Maine, as the Nutcracker; Amanda San Roman ’17 of Belle Terre, N.Y., as Marie’s younger brother Freddy, Audrey Burns ’17 of Topsham, Maine, as her older sister Louise, Brennen Malone ’17 of Philadelphia as her father, and Sam James ’17 of Raleigh, N.C., as the Mouseking; and Mara Woollard ’16 of Portsmouth, Va., as Marie’s mother and Colin McIntire ’16 of Darien, Conn., as Drosselmeier.

Although the production includes no dancing, Andrucki says it aims to entertain audiences who are familiar with the classic ballet production. “The more you know about the Nutcracker,” he says, “the more I think you will see the contrasts and humorous parallels between the dance and the play.”

Andrucki says the play is intended for audiences of all ages.