In Greek mythology, Eurydice is an especially tragic character.

She married Orpheus, the greatest musician who ever lived — but died on their wedding day and descended into the Underworld. The love of the grieving Orpheus for her was so strong that he went, literally, to Hell and back to retrieve her. The beauty of his music was enough to persuade the Lord of the Underworld to release his bride.

But there was one condition: If Orpheus looked back to make sure that Eurydice was following, she would die again — forever. And so it happened. 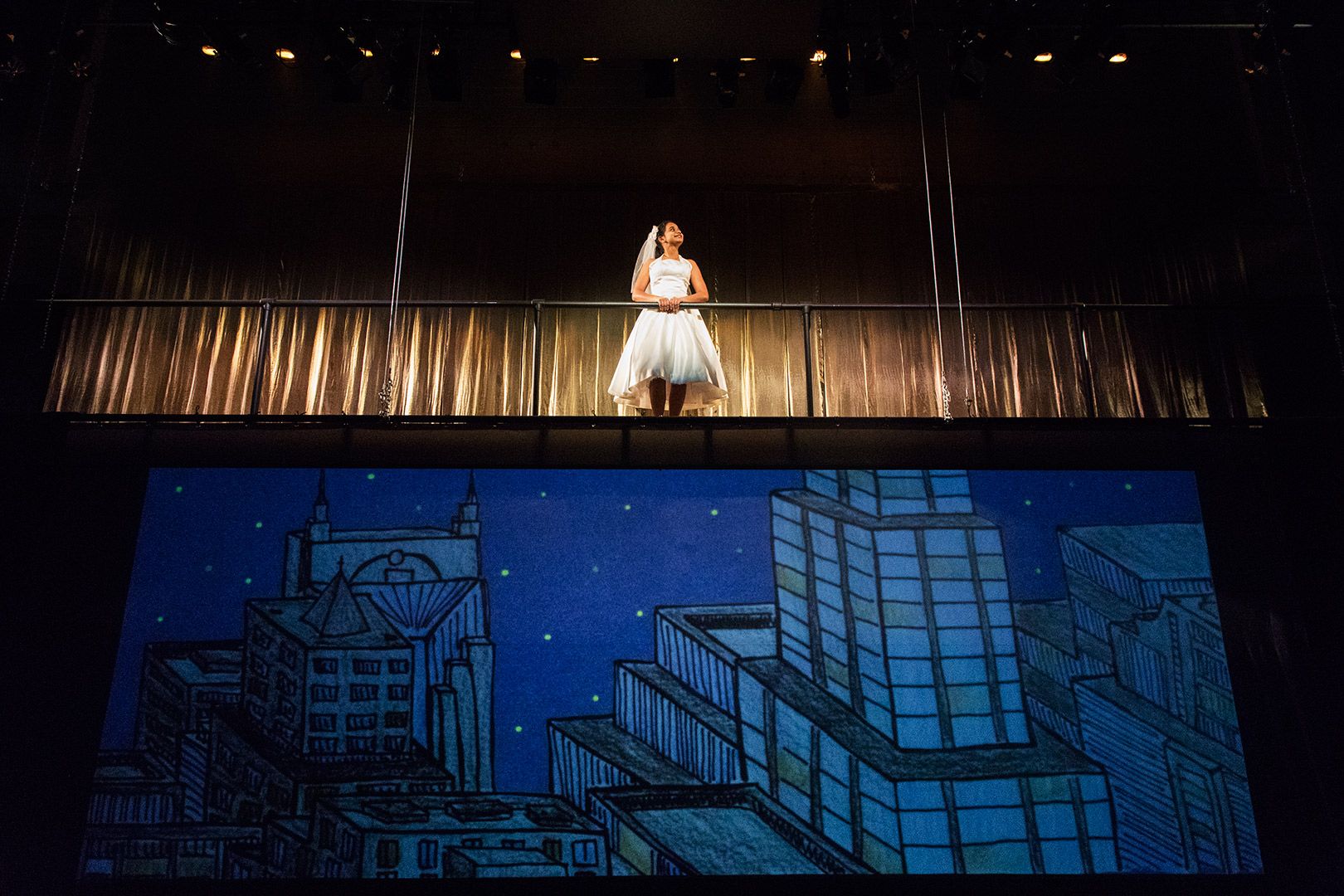 Orpheus’ lost love takes the spotlight as the central figure in Eurydice, Sarah Ruhl’s 2003 adaption of the tragedy, which Bates is presenting in a strikingly staged production through Nov. 5. While her husband is mourning her untimely death, she must navigate the underworld and all the painful memories it elicits.

Here’s a brief conversation with Martin Andrucki, Dana Professor of Theater, who directs the Bates production.

How are you handling the play in terms of design?

We are staging the action — and seating the audience — entirely on the stage of Schaeffer Theatre in a space that will be surrounded by water, the River Lethe. The auditorium, which usually accommodates spectators, forms a cavernous backdrop to dramatic events on earth and in the Underworld. 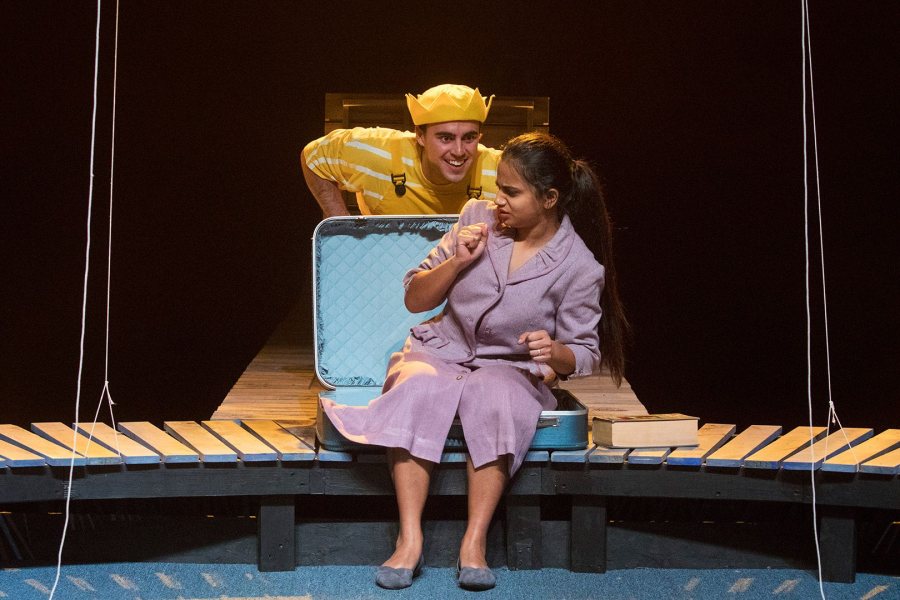 Sukanya Shukla ’20 is Eurydice and Cael Schwartz ’19 is the Lord of the Underworld in the Bates production of Eurydice. (Theophil Syslo/Bates College)

With poetic dialogue, elaborate visual effects, and silent scenes that overflow with emotion, Ruhl’s retelling turns a Greek myth into a memorable experience that The New York Times describes as “rhapsodically beautiful … an inexpressibly moving theatrical fable about love, loss and the pleasures and pains of memory.”

Why is this play a good choice for the students involved?

The play tells a classic story using the techniques of the contemporary stage. It’s a wonderful synthesis of the traditional and the new, and therefore a great vehicle for doing theater in the liberal arts context.

Also, the script calls for a non-naturalistic, poetic style of production and performance, and since our students’ default mode is realism, this is a good opportunity to jog them out of their aesthetic habits. 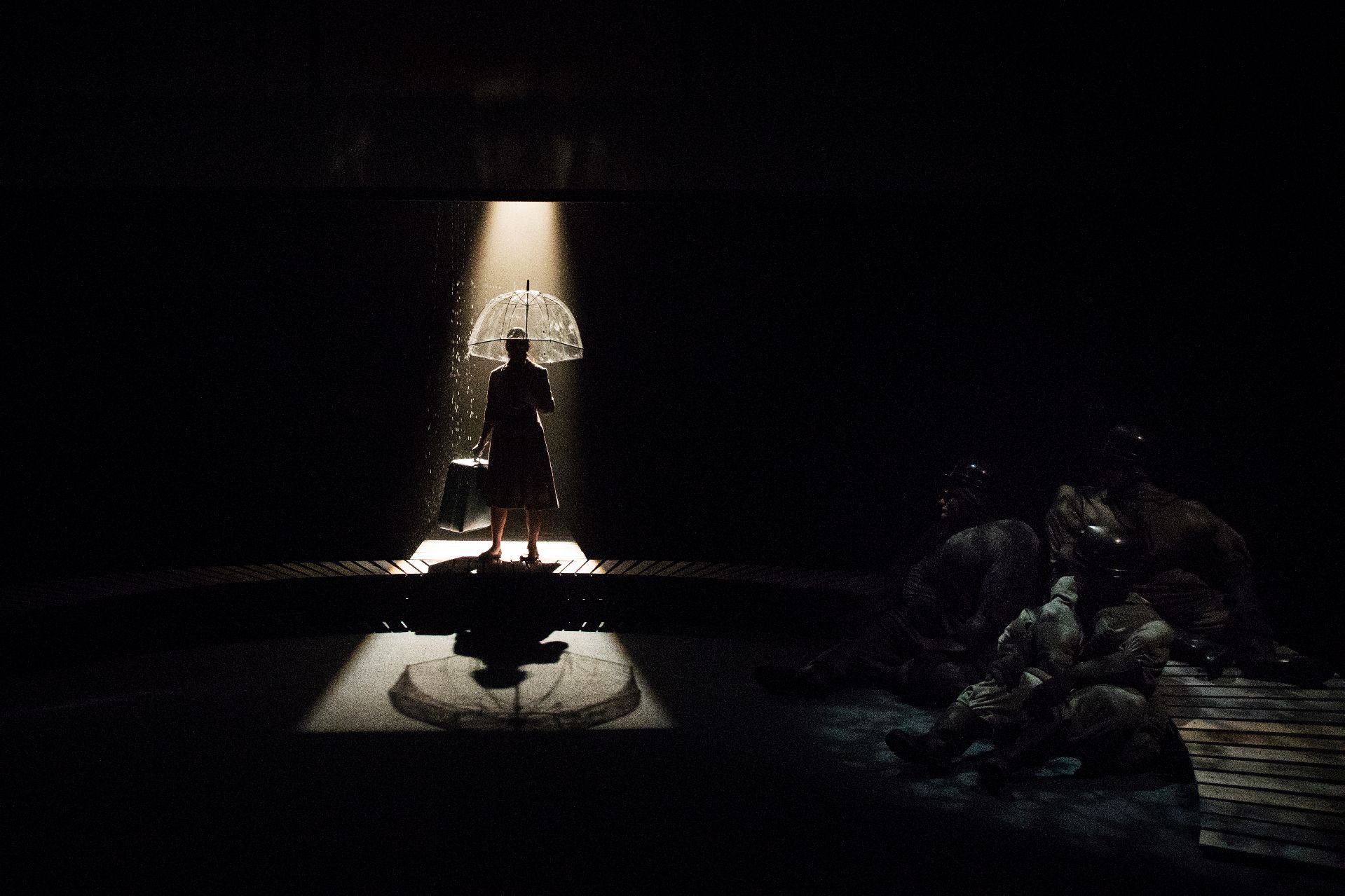 What themes are at work here?

Sophocles tells us that nothing can stand in the late wind of death. Eurydice, her husband Orpheus, and her father all struggle to resist the force of this gale, succeed for a little while, and ultimately fail.

Eurydice is about carrying on that struggle even though we know what the outcome will be. It’s also about a woman torn between romantic love for a man with whom she has little in common, and daughterly love for a father who cherishes and understands her.

What’s in this play for a local audience?

It tells a great story about love, death, and the intensity of devotion between fathers and daughters. It’s funny, moving, and beautifully clear. Not to mention short. And no prior knowledge of the myth is required: it’s all there in the script. 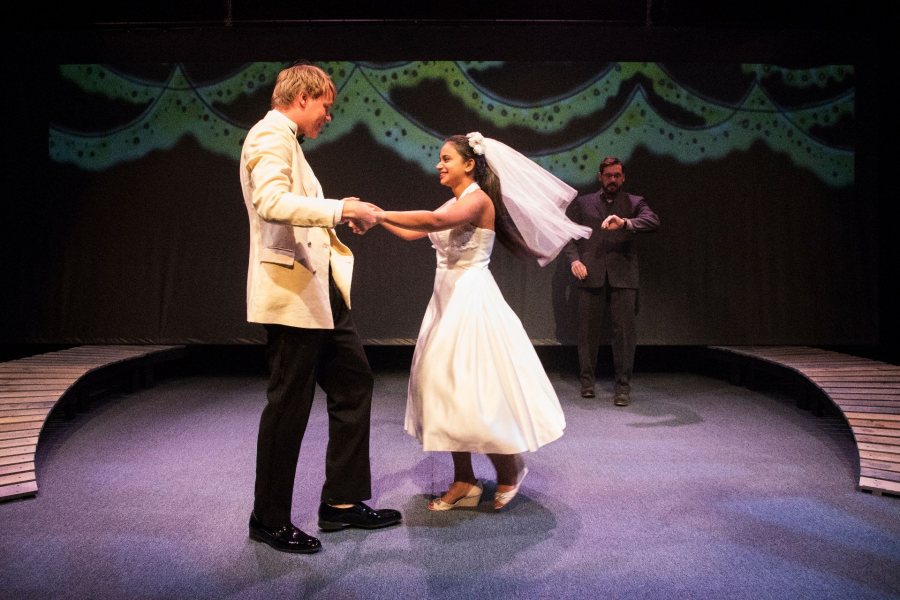