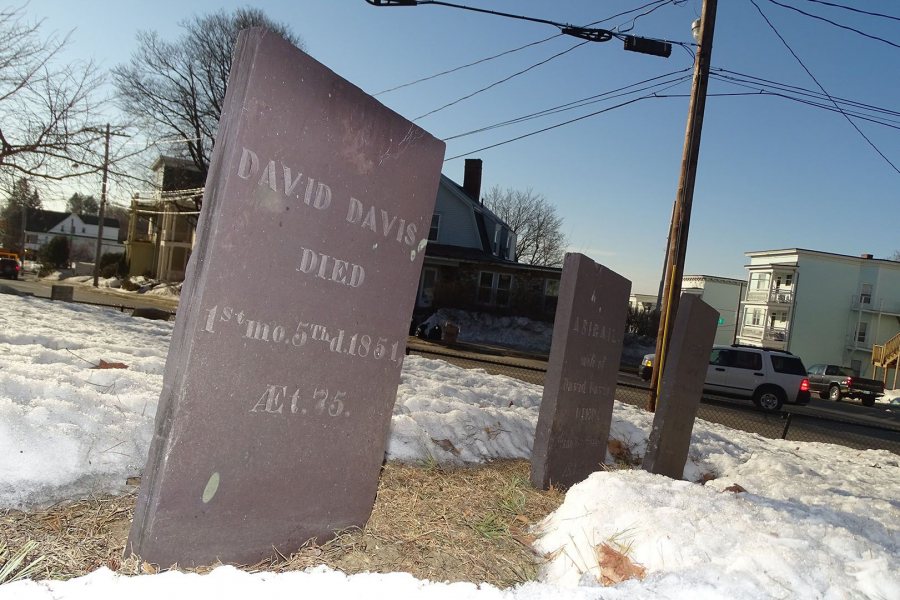 Mount David’s namesake, David Davis, is buried near campus in the Davis family cemetery, on the corner of Sabattus and Franklin streets. (Jay Burns/Bates College)

Mount David rises 381 feet above sea level. Chided as a “mountain by courtesy” by a newspaper writer a century ago, the peak is also known as “Mount Davis,” “Davis Mountain,” and “David’s Mountain,” tautonymic variations due to its namesake, a man named David Davis, born Sept. 1, 1775, and died Jan. 5, 1851.

David’s father, Amos Davis, was Lewiston’s third settler. A Quaker, Amos was a farmer, shoemaker, and surveyor who drew one of the earliest maps of the area, dated 1776. His son David was the second male born in Lewiston.

In 1798, when public education was still a haphazard affair, David Davis and four other citizens teamed up to hire one of the first Lewiston schoolteachers.

In 1803, David Davis paid $5 for 100 acres of land that included the mountain. He then named it for himself, according to some accounts.

David Davis farmed the land until his death in 1851. His heirs bequeathed the mountain to Bates, which hoped to build an observatory on its summit.

The original David Davis home on Main Street in Lewiston was the oldest building in the city, and one of the most run-down, when it was torn down in 1989.

All in the Family

Davis, Frye, and White streets near campus are all named for the same family.

At the opening of the new Maine State Seminary, on Sept. 1, 1857, a local pastor said that if David Davis were present, he would tell the new students to “go up that mountain, where you will obtain a view of our united villages. Make your principles as firm as the granite base on which the mountain rests.”

Toby’s great-grandmother was Marion Wellman White, who, according to family history, attended Bates for a year but was expelled for the sin of skating on the campus bog (named Lake Andrews years later) on a Sunday morning. 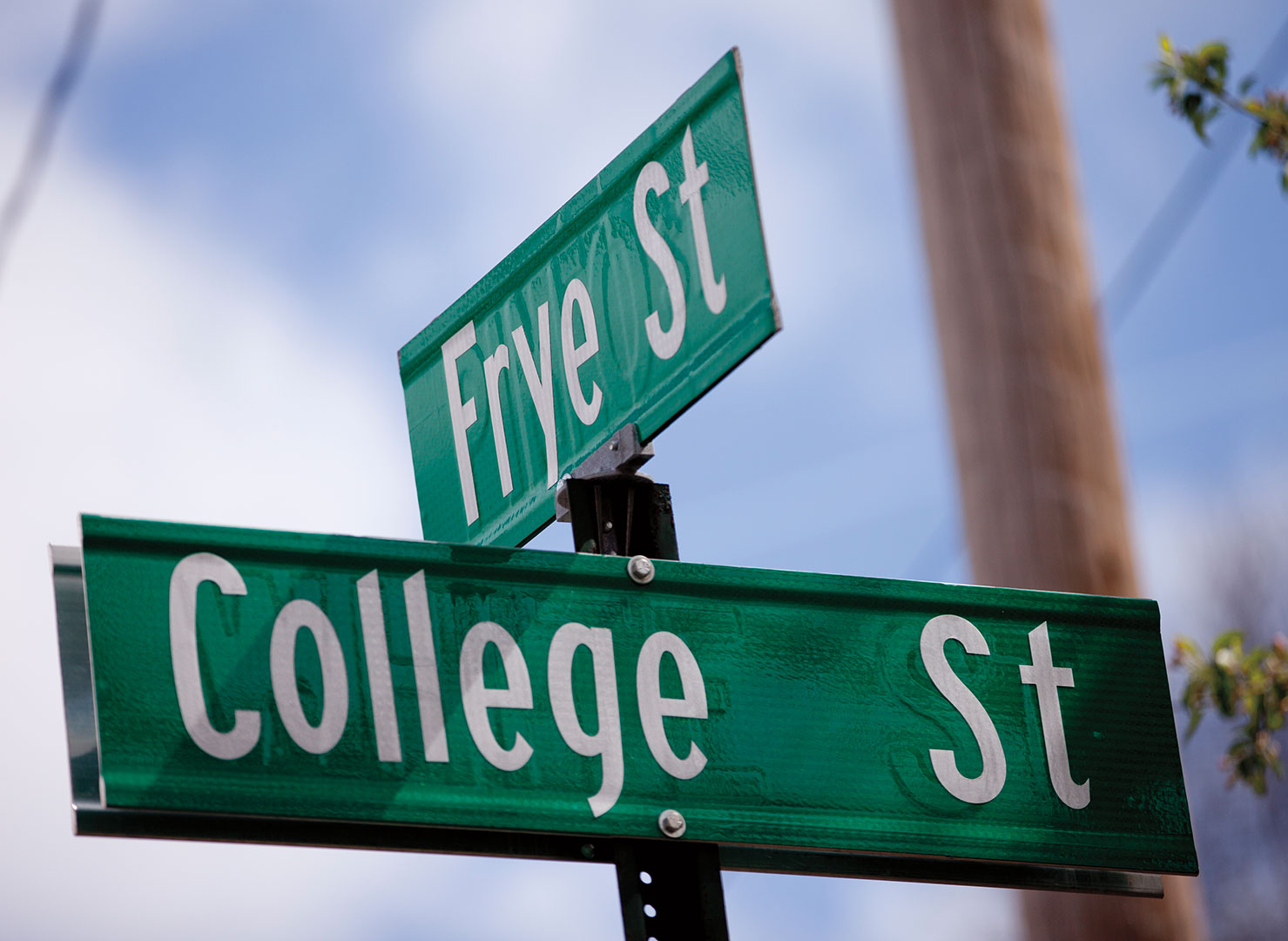 What’s in a Lewiston Name: Pettengill (or Pettingill?)