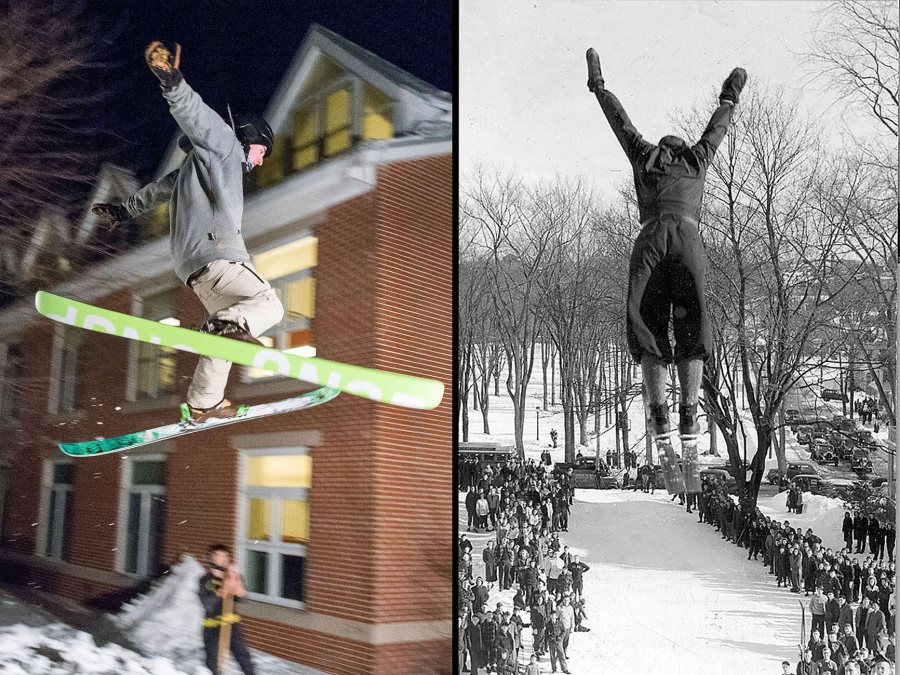 The 1939 edition of Those Crazy College Kids is at right, as the late Robert Ireland ’40, a top collegiate skier of his era, takes flight from a campus ski jump, probably during Winter Carnival.

At left is Pat Sheils ’19 of Portland, Maine, a member of the Shred Club and co-president of the Freestyle Skiing Club, showing his skills on Jan. 20 during Winter Carnival.

For shredders of yore and of today, Mount David’s elevation still provides the necessary inrun, though the takeoff spot is different.

Back then, the jump was between Cheney House and the President’s House (you can see Campus Avenue and the Quad in the background of the Ireland photo). 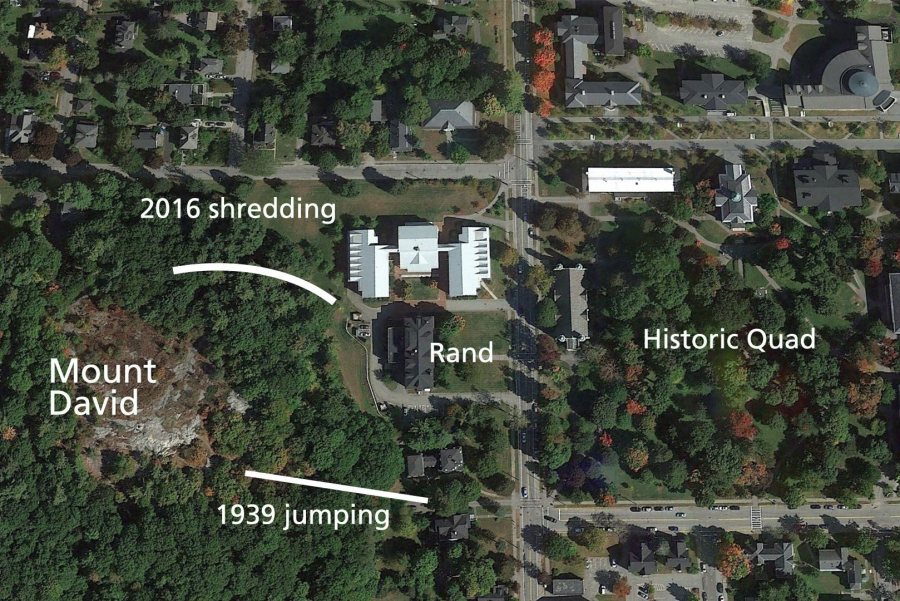 Mount David still provides the inrun for ski jumps, though the location of the takeoff has changed since 1939. (Google Earth image)

Last week, meanwhile, the jump was set up few houses over, behind the 280 College Street residence, where Rand Field used to be.

The 2016 action was all part of a ski-and-eat event, Skill ‘n’ Grill, sponsored by the Shred Club during Winter Carnival.

Video: Ski area takeover is ‘part of going to college in Maine’

Picture story: After a year’s hiatus, a gleeful return for the Puddle Jump